Air pollution kills 7 million people each year, many from pneumonia

According to newly released WHO data compiled from thousands of cities, around 90% of all people breathe air contaminated with pollutants. Among its ill effects, air pollution is a major risk factor for child health, particularly childhood pneumonia, said Maria Neira, MD, MPH, director of WHO’s Department of Public Health, Environmental and Social Determinants of Health (PHE).

“Air pollution still remains at dangerously high levels in many parts of the world,” Neira said during a telebriefing. “More than anything, this is an issue of human health and a very dramatic problem that we are facing.”

According to the report, among the 4.2 million deaths attributed to ambient — or outdoor — air pollution in 2016, 18% were attributed to acute lower respiratory infection (ALRI). Researchers recently reported that even short-term exposure to air pollution can cause ALRIs, making the body more susceptible to infection or less able to fight it. 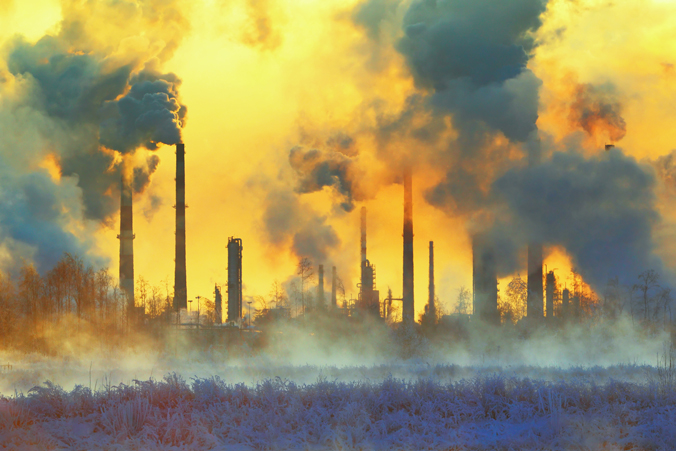 Nearly one in five deaths attributed to ambient air pollution in 2016 were caused by acute lower respiratory infections, according to WHO.
Source: Adobe Stock

The burden from household air pollution was 3.8 million deaths in 2016, including 27% that were caused by ALRIs, according to WHO. According to Heather Adair-Rohani, technical officer in the PHE, household air pollution was measured only in terms of pollutants resulting from combustion fuels used for cooking, heating and lighting and not from other causes like dampness, mold and secondhand smoke. Around 3 billion people do not have access to clean cooking fuels and technologies in their house, WHO said. On that front, progress has particularly stalled in sub-Saharan Africa, according to the report.

Added together, deaths from both categories total 8 million, but about a million of them overlap, experts said. More than 90% of the deaths occur in low- and middle-income countries, mainly in Asia and Africa but also in the Eastern Mediterranean, Europe and the Americas.

Sophie Gumy, a technical officer in the PHE, said the three top statistics in the report — the 7 million deaths, 90% of people breathing polluted air and around 25% of deaths from heart attack and stroke attributed to air pollution — have not changed in the past few years since the last report was released.

WHO will host the first global conference on air pollution and health from Oct. 30 to Nov. 1 at WHO headquarters in Geneva, Switzerland. – by Gerard Gallagher

Long-term chronically elevated levels of ambient fine particulate matter (PM2.5) air pollution such as those seen in major population centers across the globe are associated with the development of chronic respiratory, cardiovascular and other diseases, as well as death due to these conditions. Chronically high PM2.5 pollution is also linked to death due to acute lower respiratory infections (ALRI), including pneumonia and influenza. In geographic regions where PM2.5 pollution levels are, on average, relatively low but where large short-term acute increases can occur, a dose-response relationship has been observed between acute PM2.5 elevation and regional epidemics of ALRI manifesting as bronchiolitis, influenza and pneumonia in children and adults. Short-term rises in levels of nitrogen dioxide and ozone air pollution are also associated with modest elevations in the risk of pneumonia.

Air pollution causes physiological changes in biological models, such as higher inflammation levels, which in humans may result in greater susceptibility of the airway to infectious agents or may cause poor host response to infection that leads to greater severity of ALRI and prolonged symptoms. The new WHO data are important in revealing the worldwide extent of air pollution’s impact on ALRI and other conditions. Measurement of the global burden is the first step in addressing this ongoing health concern. Further biological investigations of the causal pathway of air pollution’s effects on ALRI are needed, as well as research regarding the impact of indoor air pollution on ALRI and how the amelioration of indoor pollution may influence ALRI incidence.