HIV pre-exposure prophylaxis, or PrEP, is effective. In high-risk patients, it can reduce the risk for HIV by up to 92%, according to the CDC. But the medication is far less effective when not taken consistently, and understanding the barriers to PrEP uptake and adherence has been a major focus of research for years.

In the United States, no group is at a higher risk for HIV than black men who have sex with men (BMSM), making them prime candidates for PrEP. But awareness, access, uptake and adherence to therapy remain low among BMSM, according to David P. Serota, MD, infectious diseases fellow at Emory University School of Medicine, and colleagues.

Based on findings from a cohort of HIV-negative, young BMSM in Atlanta, Serota and colleagues described five types of PrEP failure — reasons why the medication fails to protect patients. These include rarely reported biomedical failures — when patients acquire HIV despite adhering to their medication — and four patient behaviors.

BMSM — especially in the southeastern U.S. — have the highest HIV incidence of any group in the country, “but have less PrEP awareness, less self-reported PrEP use, and less persistence on therapy than white MSM,” Serota and colleagues wrote in Clinical Infectious Diseases.

“Although black persons make up 44% of new HIV infections, they made up only 10% of people taking PrEP in 2016,” they wrote. “The gaps in PrEP use among young BMSM could exacerbate the existing disparities in HIV incidence. Thus, it is imperative that we address gaps in the PrEP continuum of care.”

In June 2017, Serota and colleagues enrolled 300 young HIV-negative BMSM in Atlanta aged 16 to 29 years who reported at least one male sexual partner in the past 3 months and offered them access to free PrEP. Participants will be followed prospectively for 2 years, during which time they will receive comprehensive HIV/STI testing and risk-reduction counseling and be surveyed about their HIV prevention behaviors and risk factors, Serota and colleagues said.

By December, 14 study participants had acquired HIV, including five who reported no interest in PrEP, five who were interested but had not started taking it before seroconversion and four who had taken PrEP. Among those taking PrEP, Serota and colleagues reported one apparent case of biomedical failure in a patient who may have had acute HIV at the time of PrEP initiation or was exposed to the virus before achieving protective drug levels. Another patient had low adherence and two discontinued therapy.

Based on the 14 new cases, Serota and colleagues identified four other types of PrEP failure and suggested interventions to address each:

Serota and colleagues also identified systems failures, or “structural contributors to PrEP failure that are not explicitly related to the individual patient or provider,” including lack of health insurance, limited access to affordable health care, patient assistance program requirements, stigma, low self-efficacy, low health literacy, provider unfamiliarity with PrEP, and medication cost. They offered study participants free rides and frequent reminders about PrEP initiation but were unable to provide same-day PrEP initiation or walk-in appointments, which they said could increase uptake. They listed other barriers, including issues related to cost and obtaining proper documentation to qualify for assistance programs.

“Although we believe PrEP should be available to all who are at risk of acquiring HIV without medical contraindication, it is clear that increasing awareness and access to PrEP alone are inadequate,” Serota and colleagues concluded. “By identifying and addressing specific contributors to low PrEP adherence, PrEP discontinuation, PrEP contemplation, and PrEP refusal, we can ensure that all who desire PrEP can achieve optimal efficacy and realize reductions in population HIV incidence.” – by Gerard Gallagher

Editor’s note: Truvada (tenofovir disoproxil fumarate/emtricitabine , Gilead Sciences ) is the only drug approved for HIV PrEP in the United States .

Disclosures: Serota reports grants from National Center for Advancing Translational Sciences during the conduct of the study. Please see the study for all other authors’ relevant financial disclosures. 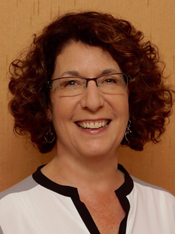 BMSM were the group with the highest number of new HIV diagnoses in the U.S. in 2016, accounting for 38% of new diagnoses in MSM and 26% of all new HIV diagnoses in that year. In fact, the CDC estimates that without additional interventions, one out of every two BMSM will become infected with HIV in their lifetime. We now have highly effective prevention — daily PrEP — that should be able to substantively alter those statistics. However, study after study has documented substantially lower rates of knowledge, access, uptake, adherence and ongoing use of PrEP among BMSM compared with other MSM. Serota and colleagues describe 14 men who became infected with HIV in their EleMENt study of 300 young BMSM in Atlanta, despite being offered PrEP, along with services to ease access to PrEP uptake. They rightly point out that, in addition to the rare biomedical PrEP failures that receive so much attention at scientific meetings, we should focus our attention on the other “typologies” of PrEP failure that occur once PrEP is offered: low PrEP adherence, PrEP discontinuation, PrEP contemplation without initiation and PrEP refusal. Each of these issues likely requires a distinct set of interventions to overcome their challenges. We must focus attention and devote resources to increase interest, uptake and ongoing use of PrEP for BMSM, or we will fail to eliminate our ongoing racial disparities in HIV infection in the U.S., and ultimately fail to eliminate new HIV infections.

Disclosure: Buchbinder reports being an investigator in studies for which Gilead Sciences has donated the study drug.