A man in England has contracted the world’s first reported case of a gonorrhea infection that is resistant to both of the drugs that are widely recommended to treat the STD, health officials said.

According to Public Health England, a gonorrhea strain resistant to ceftriaxone and showing high-level resistance to azithromycin was isolated from a man who sought care in early 2018. The agency said he acquired the infection during sexual contact with a woman in Southeast Asia a month before his symptoms appeared.

“This is the first time a case has displayed such high-level resistance to both of these drugs and to most other commonly used antibiotics,” said Gwenda Hughes, PhD, consultant scientist and head of the sexually transmitted infection section at Public Health England.

Public health officials have warned about the specter of untreatable gonorrhea for some time. Currently, WHO and the CDC both recommend single doses of intramuscular ceftriaxone (250 mg) and oral azithromycin (1 g) to treat gonorrhea, but most countries — including the United States — have seen resistance to the drugs. Last year, Canada reported its first-ever case of ceftriaxone-resistant gonorrhea, and researchers in England recently reported that a highly azithromycin-resistant strain first detected in 2014 has been circulating throughout the country for years.

The current case is different, according to Teodora Wi, MD, medical officer in WHO’s Department of Reproductive Health and Research. 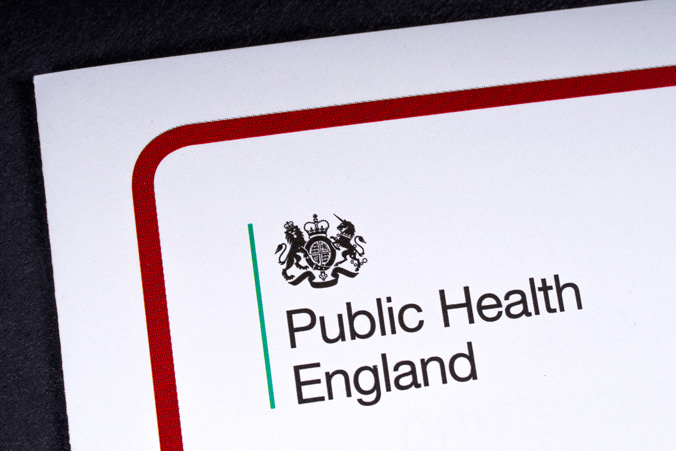 A man in England was diagnosed with the world’s first case of gonorrhea resistant to both azithromycin and ceftriaxone.
Source: Shutterstock.com

According to Wi, reports of drug-resistant gonorrhea strains are on the rise, demonstrating that Neisseria gonorrhoeae is increasingly developing resistance and being transmitted. In Southeast Asia, where the man contracted his infection, Wi said there are not enough resources to quickly detect these cases and STI prevention and control is often neglected. She said it is likely there are people walking around with undetected cases of “untreatable” gonorrhea.

“It is worrying because support for STI prevention and control has been very meager, not only in [the United Kingdom] but globally. If we continue to ignore STIs, more resistant strains [will] become undetected and transmitted,” she said. “As in this case, gonorrhea is getting harder to treat and is becoming more costly.”

According to Public Health England, the man’s isolate had a ceftriaxone minimum inhibitory concentration (MIC) of 0.5 mg/L and an azithromycin MIC of more than 256 mg/L, indicating high-level azithromycin resistance. He was treated empirically with ceftriaxone (1 g) and subsequently with spectinomycin for his urethral infection, Wi said. At test-of cure, the urine nucleic acid amplification test was negative, but a throat swab culture was positive, excluding reinfection and indicating that treatment had failed, according to Public Health England.

“The patient is being treated with IV [Ivanz (ertapenem, Merck)]. The ertapenem MIC was low (0.032 mg/L), suggesting that this may be an effective therapy, although there are no defined breakpoints,” the agency said.

Public Health England is continuing to monitor the case to contain any potential spread of the strain. The agency said provisional testing on one regular female sexual partner in the U.K. was negative.

“We are following up this case to ensure that the infection was effectively treated with other options and the risk of any onward transmission is minimized,” Hughes said. “[Public Health England] actively monitors, and acts on, the spread of antibiotic resistance in gonorrhea and potential treatment failures, and has introduced enhanced surveillance to identify and manage resistant strains of infection promptly to help reduce further spread.” – by Gerard Gallagher

For years, many have been sounding the alarm about N. gonorrhoeae’s seemingly endless capacity to evolve resistance: in our era, to the cephalosporin class and most worrisome, to parenteral ceftriaxone. In 2016, a U.K. case of gonorrhea in which treatment with both ceftriaxone and azithromycin failed was reported in The New England Journal of Medicine, with antimicrobial susceptibility at treatment failure showing resistance for both drugs. Notably, the MIC for azithromycin was 1 mg/L. Now we have a report of what appears to be primary acquisition of a strain acquired in Southeast Asia that is resistant to ceftriaxone and exhibiting high-level resistance (MIC > 256 mg/L) to azithromycin. The patient is being treated with ertapenem. Clearly, this scenario is frightening not only for the lack of antibiotic options, but for the burden such a case will place on the strained health systems struggling to provide sexual health care to vulnerable populations. We urgently need to re-examine our commitment to develop new treatment options and, equally important, strengthen our capacity to deliver STI care and prevention.