According to WHO, rotavirus is the No. 1 global cause of diarrheal disease in young children. Currently, the CDC recommends administering both available rotavirus vaccines — RotaTeq (Merck) and Rotarix (GlaxoSmithKline) — in multiple doses starting at age 2 months, with the minimum age for the first dose being age 6 weeks.

But RV3-BB, an Australian oral neonatal rotavirus vaccine, was previously found to improve rotavirus protection at birth in the first study ever to administer a human neonatal rotavirus vaccine in the early newborn period. In the new study, Julie E. Bines, MD, chair of pediatrics at the University of Melbourne, and colleagues report that RV3-BB protected against severe rotavirus gastroenteritis when given in three doses according to a neonatal schedule: at 0 to 5 days, 8 weeks and 14 weeks of age.

According to their report, vaccinating children against rotavirus at the time of birth is not a new concept.

“Birth is an established immunization time point in many countries,” Bines and colleagues wrote. “The use of a neonatal dose was investigated in the early phase of development of the rotavirus vaccine but was not pursued because of concerns regarding inadequate immune responses and safety.”

From January 2013 through July 2016, Bines and colleagues enrolled more than 1,600 babies from two locations in Indonesia in a phase 2b, randomized, double-blind, placebo-controlled trial. They randomly assigned participants to receive three doses of RV3-BB according to a neonatal or infant (8 weeks, 14 weeks, 18 weeks) schedule or placebo and assessed the vaccine’s efficacy against severe rotavirus gastroenteritis up to the age of 18 months.

“Despite evidence of the success of rotavirus vaccines, more than 90 million infants still lack access to a rotavirus vaccine,” they wrote. “Barriers to global implementation of the vaccine include cost, suboptimal efficacy in low-income countries, and lingering safety concerns. An oral rotavirus vaccine administered at birth has the potential to address some of these challenges. – by Gerard Gallagher

Disclosure: Bines reports grants from the Bill and Melinda Gates Foundation and National Health and Medical Research Council, and other support from Victorian Government Operational Infrastructure Support during the conduct of the study, as well as other support from University of Maryland and grants from Commonwealth Serum Laboratories, GlaxoSmithKline, and Australian Commonwealth Department of Health and Aging outside the submitted work. Please see the study for all other authors’ relevant financial disclosures. 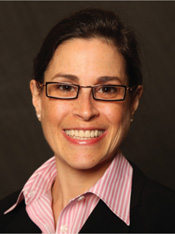 The prospect of a human neonatal rotavirus vaccine administered from birth is a welcome addition to the armamentarium of the two rotavirus vaccine formulations — Rotarix (RV1) and RotaTeq (RV5) — and the Indian RV 116E vaccine. The rationale for a birth dose of rotavirus vaccine stems from the observations of Australian, Venezuelan and Finnish clinician researchers that infants who have a symptomatic rotavirus infection within the first 3 months of life are effectively protected against subsequent severe manifestations of rotavirus diarrhea. The challenge, however, has been that the efficacy of rotavirus vaccines with birth dosing regimens have not measured up to those with the first dose administered beyond 6 to 8 weeks of life. The modification of a former circulating strain in a Melbourne, Australia, nursery into the RV3-BB vaccine has yielded compelling results.

The RV3-BB vaccine was evaluated a phase 2a randomized, double-blind, three-arm, placebo-controlled safety and immunogenicity trial at a single center in New Zealand between 2012 and 2014 in 96 full-term neonates. In infants who received an infant dosing schedule at 8, 15, and 24 weeks of age, rotavirus immunoglobulin A (IgA) after three doses was 74%. In comparison, rotavirus IgA response after two doses of the RV1 vaccine given at 8 and 16 weeks of age to Finnish infants was 96%. These assessments completed in locations where lower titers of maternal serum and breastmilk rotavirus antibody are present and where inactivated polio vaccine is administered, may have implications for resource-challenged settings.

In the current phase 2b study of the RV3-BB vaccine by Bines and colleagues, which was conducted in the low- to middle-income setting of Indonesia, the authors use the traditional IgA serum response and vaccine efficacy, as well as a cumulative vaccine response score comprising serum immune response or shedding of RV3-BB in the stools of participants receiving the neonatal schedule, infant schedule and placebo, as outcome assessments. While impressive, the cumulative vaccine response score is not an assessment that has been uniformly applied in other rotavirus vaccine trials; therefore, a comparison of this composite score with outcomes of other rotavirus vaccine trials is challenging. The assessment of traditional IgA serum responses and vaccine efficacy of RV3-BB administered through the infant schedule in resource-challenged settings appears to be comparable to that of other available rotavirus vaccines.

The advantage of a rotavirus vaccine given at birth is that such a formulation could prevent or lessen the manifestations of the approximately 5% of rotavirus infections that occur within the first 3 months of life. As such, a birth dose may be beneficial in a resource-challenged setting where severe diarrhea and dehydration in a neonate is more likely to have an adverse outcome. Another advantage is that the minimal reactogenicity resulting from a first birth dose could be beneficial in reducing the risk of intussusception. The utility of a birth dose and neonatal schedule for rotavirus immunization in a resource-challenged setting will need to be evaluated with consideration of local rates of maternal serum and breast milk rotavirus antibodies, timing of dosing in relationship to breast milk ingestion, and the simultaneous administration of live vaccines, including oral polio and Bacillus Calmette-Guérin vaccines. Weighing these factors with the potential decreased reactogenicity and potential decreased risk for intussusception resulting from a birth dose of rotavirus vaccine will be essential as additional studies are conducted. The exciting and challenging history of rotavirus vaccine development has demonstrated the importance of the consideration of matching the unique aspects of a rotavirus vaccine with the population to which it will be administered. The RV3-BB vaccine broadens this choice.

Disclosure: Shane reports receiving research support from the Gerber Foundation to evaluate the impact of probiotic supplementation on Rotarix and RotaTeq immunogenicity, and that Emory University has received financial compensation for participation in a trial comparing mixed dose schedules of the two vaccines, which has supported her salary.