New US flu vaccine likely to include different H3N2 component

Next season’s influenza vaccine will likely include a different H3N2 component.

WHO recommended today that two components of the Northern Hemisphere’s influenza vaccine be changed for 2018-2019, including swapping out this season’s H3N2 component for one that has performed better against recent viruses.

The FDA committee effectively in charge of choosing what goes in the vaccines offered in the United States does not vote until March 1 but is likely to adopt WHO’s recommendations.

H3N2 has been the predominant circulating virus during an intense influenza season that ranks among the worst in recent memory. The influenza A virus causes relatively severe illness and is prone to mutation, making it difficult to protect against. 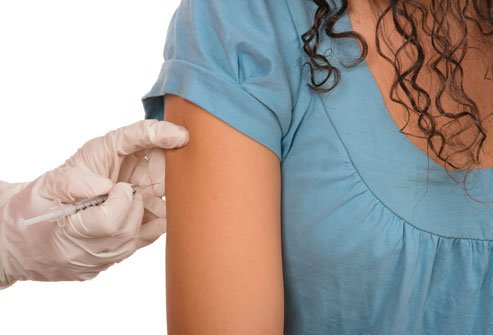 The U.S. is likely to adopt WHO’s recommendation to change the H3N2 component in next season’s influenza vaccine.
Source: Shutterstock.com

Early estimates published last week by the CDC showed that this season’s vaccine has been 36% effective overall, including just 25% effective against H3N2, mirroring low estimates from other countries. Experts still recommend getting the vaccine, which, if not fully protective, can limit the severity of a patient’s illness. The vaccine has also been shown to significantly reduce the risk that a child will die from influenza.

As it did for the Southern Hemisphere, WHO recommended switching out this season’s H3N2 component in the Northern Hemisphere — an A/Hong Kong/4801/2014-like virus — for an A/Singapore/INFIMH-16-0019/2016-like virus that the agency said has worked better against circulating viruses in experiments using ferret antisera. It also recommended changing the B/Victoria lineage strain in the trivalent and quadrivalent vaccines from a B/Brisbane/60/2008-like virus to a B/Colorado/06/2017-like virus that is more closely related to recent viruses.

Selecting viruses for the seasonal influenza vaccine involves picking strains that research has shown are most likely to circulate. This season’s poor performance has stoked interested in developing a universal vaccine that offers broader and longer lasting protection, including proposed legislation calling for $1 billion in federal funding for the project. – by Gerard Gallagher

WHO. Recommended composition of influenza virus vaccines for use in the 2018-2019 northern hemisphere influenza season. http://www.who.int/influenza/vaccines/virus/recommendations/2018_19_north/en/. Accessed February 22, 2018.