The CDC linked a multistate outbreak of Salmonella infections to kratom, an unregulated herbal supplement the agency said is consumed for its stimulant effects and as an opioid substitute.

The outbreak has sickened 28 people in 20 states, leading to 11 hospitalizations, according to the CDC. No deaths have been reported.

Investigators interviewed 11 patients, including eight who reported consuming kratom in either pills, powder or tea but did not identify common brands or suppliers. Until a source is identified, the CDC said people should not consume kratom in any form.

“People should talk to their health care provider before taking any supplement, especially if they are in a group more likely to get a severe Salmonella infection,” the agency said. “These groups include people with weakened immune systems, including people who are receiving chemotherapy or have HIV, pregnant women, children younger than 5 years, and older adults.” 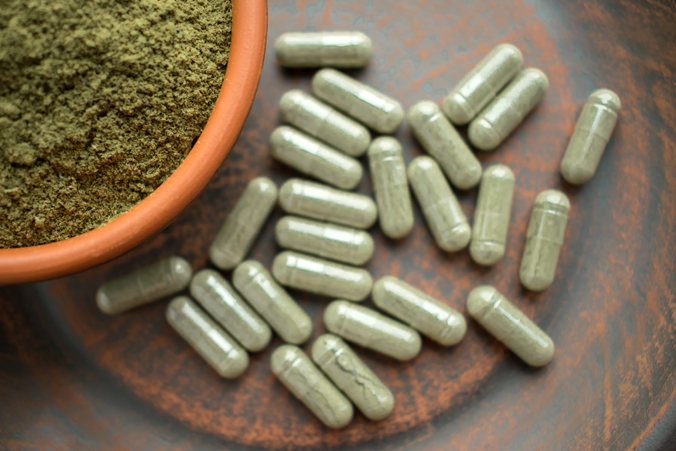 The CDC linked an outbreak of Salmonella infections to kratom, an herbal supplement that is used as an opioid substitute.
Source: Shutterstock.com

Kratom is a plant native to Southeast Asia that is typically brewed in tea, chewed, smoked or ingested in capsules, according to the CDC. It is also known by the street names Thang, Kakuam, Thom, Ketom and Biak.

The DEA considers kratom a “drug of concern,” and FDA Commissioner Scott Gottlieb, MD, said this month there is evidence that the supplement contains compounds with the same properties as opioids. In a statement, Gottlieb warned about kratom’s potential for abuse, addiction and serious health consequences, saying 44 deaths have been linked to the supplement. He said the agency was especially concerned about the use of kratom to treat opioid withdrawal symptoms, saying there was “no reliable evidence” that it works.

According to the CDC, the outbreak involves 28 people between the ages of 6 and 67 years who became ill between Oct. 13 and Jan. 30. Only one state, California, reported as many as three cases. – by Gerard Gallagher

FDA. Statement from FDA commissioner Scott Gottlieb, MD, on the agency’s scientific evidence on the presence of opioid compounds in kratom, underscoring its potential for abuse. https://www.fda.gov/NewsEvents/Newsroom/PressAnnouncements/ucm595622.htm, Accessed February 20, 2018.