A study examining pharmacokinetic interactions between the first-line HIV drug dolutegravir and a once-weekly tuberculosis regimen was terminated early after NIH researchers found that the combined use of the treatments led to “unexpected and serious toxicities” in healthy participants.

Although the study enrolled only a small number of participants, Kristina M. Brooks, PharmD, of the Clinical Pharmacokinetics Research Unit at the NIH’s Clinical Center, and colleagues reported in Clinical Infectious Diseases that their findings suggest coadministration of dolutegravir and isoniazid-rifapentine — a latent TB treatment often administered to patients coinfected with HIV — “should be done cautiously, ideally in a clinical research setting.”

The researchers assigned four healthy adult participants with no evidence of HIV or TB to receive 50 mg of dolutegravir once-daily for 4 days, then in combination with a once-weekly TB regimen containing 900 mg of isoniazid, 900 mg of rifapentine and 50 mg of pyridoxine.

Data further showed that the dolutegravir area under the curve (AUC) decreased 46% (90% CI, 0.27-1.10) 48 to 72 hours after the second dose of TB treatment was administered. Meanwhile, isoniazid AUCs were approximately 67% to 92% higher in participants who developed toxicities.

“Though not the original intent, this study provides important insights into potential mechanisms resulting in the adverse events seen in subjects receiving once-weekly isoniazid-rifapentine with dolutegravir,” the researchers concluded. “Further studies are needed to carefully evaluate the safety and efficacy of dolutegravir-based regimens when coadministered with isoniazid-rifapentine, especially given the recent availability of generic dolutegravir in countries with high TB burden, and the desire to use this once-weekly regimen in patients living with HIV.” 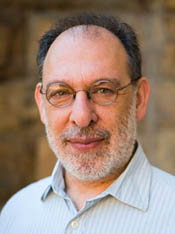 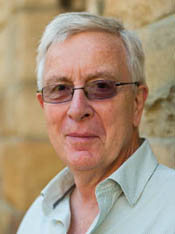 A recent pharmacokinetic (PK) study of dolutegravir and rifapentine among healthy volunteers was prematurely discontinued due to unexpected severe toxicities. All four participants tolerated dolutegravir at 50 mg daily for 4 days. Two of the four participants developed severe flu-like symptoms and abnormal liver transaminases after the third weekly dose of additional rifapentine-isoniazid.

This study highlights a potential for dolutegravir interaction with rifamycin TB drugs. Though there is paucity of data, there has previously been a small PK study of dolutegravir with either rifampicin or rifabutin, which reported one serious adverse event attributed to rifamycin hypersensitivity syndrome among 27 healthy volunteers. The results of a larger study of 69 HIV-positive participants with active TB who were treated with double-dose dolutegravir together with standard rifampicin-based TB treatment will be presented at the Conference on Retroviruses and Opportunistic Infections (CROI) 2018.

This small PK study demonstrates a possible dangerous interaction between dolutegravir and rifapentine; however, one should be cautious in extending the potential dolutegravir/rifapentine interactions to other rifamycins.

While rifapentine shares many properties with other rifamycins, its molecular structure is distinguished by the replacement of the methyl group with a cyclopentyl group, which gives rifapentine a longer half-life resulting in increased dosing intervals. Rifapentine has also been shown to cause a not insubstantial number of systemic drug reactions in a previous study — these occurred more frequently in participants receiving concomitant nonstudy medication.

However, considering the huge burden of TB in HIV-positive patients and the need for dual HIV/TB treatment — both for the treatment and prevention of TB — this does raise a number of points, namely that there is a need for more robust data on drug interactions between HIV drugs and TB drugs and that these studies should preferably be planned and executed early in the drug development.

The results of the rifapentine study also raises an interesting question as to whether data on drug interactions in healthy volunteers can be extrapolated to the HIV-positive population, or if these studies should preferably be carried out among HIV-positive patients.