Truvada as HIV PrEP not associated with net fat increase

Truvada does not lead to an increase in fat mass when used for pre-exposure prophylaxis in people at risk for HIV, according to researchers.

Data confirm that the Truvada (tenofovir disoproxil fumarate/emtricitabine [TDF/FTC], Gilead Sciences) regimen has a favorable metabolic effect in seronegative patients similar to that of a TDF regimen in patients with HIV, they wrote in Clinical Infectious Diseases.

“Taken together, these results in a healthy, seronegative population are consistent with results of randomized ART initiation and switch studies suggesting that TDF has no selective effect on regional fat distribution and leads to modest decreases in lipids,” researcher David V. Glidden, PhD, a professor in the department of epidemiology and biostatistics at the University of California, San Francisco, and colleagues wrote.

Previous studies have shown associations between various ART regimens and fat gain in patients with HIV. Researchers have noted increases in BMI, waist circumference and obesity, among others issues, in patients receiving HIV treatment.

HIV treatment with TDF, however, has been found to have what Glidden and colleagues called “a more favorable metabolic profile than other drugs in its class” — nucleoside reverse transcriptase inhibitors. Studies have also shown that TDF with or without FTC is effective and safe for PrEP, the researchers noted. In particular, the iPrEx trial tested the efficacy of PrEP with daily oral TDF/FTC among 2,174 cisgender men who have sex with men and 325 transgender women.

To test whether the regimen as PrEP yields favorable fat outcomes in people without HIV, Glidden and colleagues conducted a metabolic substudy. They invited iPrEx trial participants to undergo several tests, including dual-energy X-ray absorptiometry (DXA), an X-ray procedure often used to measure bone density and test for possible osteoporosis. The researchers used it in the metabolic substudy to detect increases in fat mass.

The researchers found that weight gain occurred in both groups but that the gain was less in TDF/FTC participants. That group’s net mean weight, compared with that of the control group, ranged from –0.9% to –1.6% at week 72 of follow-up and at visits in which the PrEP drugs were detected in plasma.

The researchers said body weight increases altogether were attributable to increases in fat mass, but that occurred less in the TDF/FTC group. Among those participants, the mean net differences in fat compared with the controls were –3.8% at week 24 and +1% at week 96. The controls steadily gained body fat, the researchers said, with a mean increase from baseline of 6.4% at week 72.

The TDF/FTC group’s net mean total mass, lean mass and fat mass compared with the controls were –0.8%, +0.3% and –3.8%, respectively. Although results suggested a fat loss associated with TDF/FTC, the researchers said that loss was not sustained over the long term.

“There was a clear gain of fat mass in association with weight gain in the placebo group, whereas it appears that TDF/FTC may lead to a short-term decrease in weight and fat mass,” they wrote. They added that not all fat-related effects were measurable in their study.

“Our DXA results do not allow assessment of more subtle fat changes such as changes in facial fat or subcutaneous vs. visceral abdominal fat,” they added. – by Joe Green 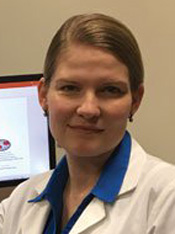 Evidence continues to build that PrEP is an effective method to lower the chance of contracting HIV. However, concerns about PrEP’s potential toxic side effects have been a major barrier to its utilization.

The randomized, double-blind, placebo-controlled trial by Glidden and colleagues compares changes in body composition (fat and lean mass) and lipid levels over 96 weeks in over 500 cisgender men and transgender women across five countries who were using oral TDF/FTC vs. placebo (mean age, 24-25 years). Body composition changes were assessed by DXA at 24-week intervals during and after PrEP use. A subanalysis was conducted with participants who had detectable TDF/FTC levels in stored plasma.

Daily TDF/FTC was not associated with any clinically significant differences in body fat or lean mass compared with the placebo group. The subset of PrEP users with detectable TDF/FTC in plasma did exhibit lower levels of body fat than the placebo group. TDF/FTC use resulted in slightly lower LDL-C and HDL-C levels over 96 weeks.

The conclusion is that a TDF/FTC regimen can be safely used for PrEP without adverse body fat or lipid changes in a young, healthy male population. There is a need to determine if this regimen has the same safety profile in cisgender women and older adults at risk for HIV infection.