Researchers found genetic differences in twins discordant for congenital Zika syndrome that they said may increase susceptibility to complications of Zika virus infection during pregnancy.

“Overall, our results indicate that CZS is not a stochastic event and depends on NPC intrinsic susceptibility, possibly related to oligogenic and/or epigenetic mechanisms,” Luiz Carlos Caires-Júnior, PhD, of the department of genetics and evolutionary biology at the Human Genome and Stem Cell Research Center, Biosciences Institute, University of São Paulo, Brazil, and colleagues wrote.

According to the researchers, 6% to 12% of pregnant women infected with ZIKV will give birth to infants with CZS, which is characterized by microcephaly and other abnormalities such as visual defects, hearing impairment, skeletal deformities and epilepsy. CZS, they noted, impairs early brain development by affecting NPCs.

To determine whether genetic background plays a role in CZS, Caires-Júnior and colleagues examined three pairs of fraternal twins in Brazil who were exposed to ZIKV during pregnancy and are discordant for CZS. The researchers used blood samples obtained from the twins to produce NPCs from human induced pluripotent stem cells. In vitro, the NPCs from both CZS-affected and nonaffected infants demonstrated similar growth patterns.

“This may suggest that affected babies would not develop microcephaly if not exposed to ZIKV during mothers’ pregnancy,” Caires-Júnior and colleagues wrote.

After the cells were infected with ZIKV, NPCs from affected infants showed reduced growth and increased viral replication compared with NPCs from nonaffected infants. RNA sequencing revealed 64 differentially expressed genes (P < .001), all of which were related to brain regionalization and development. The gene with the greatest difference in expression was DDIT4L — an inhibitor of mTOR signaling that is key to neurodevelopment, according to the researchers. DDIT4L expression was about 12.6-fold lower in cells of CZS-affected infants. Other differentially expressed genes included FOXG1, which has been linked to congenital brain disorders, and LHX2, which regulates neural differentiation.

“Taken together, these data show that NPCs derived from nonaffected and CZS-affected twins have significantly different gene expression signatures of neural development genes and it may contribute to the different susceptibilities to ZIKV infection,” the researchers wrote. “Based on our gene expression analyses, we suggest that host variants in regulatory regions leading to different epigenetic responses may be a key parameter to predict the success of ZIKV in fetuses’ NPCs. Moreover, confirming the influence of the host genome in CZS predisposition sheds light into ZIKV molecular pathology and opens a path for drug development targeting specific core pathways to possibly inhibit viral replication and/or ameliorate cellular pathology.” – by Stephanie Viguers 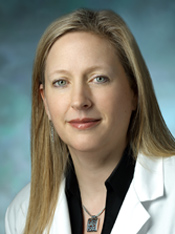 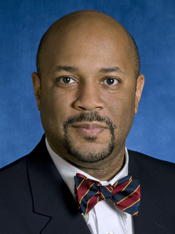 Zika virus infection is similar to many other infections in pregnancy in that not all infected mothers pass the virus to their developing fetus, and even if a fetus does become infected, there is a spectrum of disease manifestations. There are many factors affecting the chance of congenital disease, including characteristics of the mother, the child and the virus. This report confirms that the genetic makeup of the child and the interplay between the fetal immune and neural systems play a role in how susceptible the child is to Zika virus infection. It also better defines the pathway of Zika susceptibility and infection, which can be used as a target for designing therapies. Further studies are needed to determine if the healthy neonate in a twin pair discordantly affected by Zika develops later clinical sequelae of congenital Zika syndrome.