The risk for HIV outbreaks in Ukraine has increased in recent years as internally displaced people with HIV move from regions affected by conflict to areas with a higher prevalence of risky behaviors among injection drug users, according to researchers.

“In a country of 45 million people, an estimated 220,000 are infected with HIV — the highest prevalence in Europe,” Tetyana Vasylyeva, a PhD candidate in the department of zoology at Oxford University, said in a press release. “It is a silent epidemic, because about 50% of HIV-infected people are unaware of their infection status and around 40% of newly diagnosed people are in the later stages of the disease.”

According to Vasylyeva and colleagues, the HIV epidemic in Ukraine began in the 1990s following “an explosive rise” in new infections among people who inject drugs (PWID). In 2002, the country scaled up harm-reduction services, including the distribution of free sterile needles and syringes, to mitigate risky injection practices. As a result, the proportion of new infections attributed to drug use began to decline. Since 2010, most new diagnoses have been reported among heterosexual people who do not inject drugs. In 2012, the number of new infections decreased for the first time during the epidemic. However, several events that occurred since 2013, including protests, Russia’s annexation of the Crimean Peninsula and ongoing military conflict in eastern Ukraine, have disrupted progress.

“During the conflict, health care provision and harm-reduction services were continuously interrupted,” the researchers wrote in Proceedings of the National Academy of Sciences. “HIV incidence has grown 15% to 54% in some areas affected by war. Notably, the conflict caused massive internal human migration. Since 2014, more than 1.7 million people have been internally displaced in Ukraine.”

To determine how this movement impacted the country’s HIV epidemic, Vasylyeva and colleagues analyzed 427 HIV-1 subtype sequences collected from patients residing in 24 of the 27 Ukrainian administrative districts from 2012 to 2015. They then combined their findings with epidemiological and behavioral data from surveys and surveillance systems to assess correlations between behaviors among PWID and transmission patterns.

Phylogeographic analyses revealed that HIV migration patterns drifted from the eastern to central and southern regions of Ukraine. This migration began toward the end of 2013, when several conflict events occurred. Most HIV strains appeared to have originated from Donetsk and Lugansk — two cities in the eastern part of the country that have not been controlled by the government since 2014.

“We find evidence for a spatial ‘redistribution’ of pre-existing infections, rather than new transmissions,” Vasylyeva said in the release. “Indeed, the observed movement of the virus into given regions was correlated with the number of HIV-infected internally displaced people moving to that region.”

The researchers also found that many people with HIV relocated to regions with conditions that promote transmission, including those with a high prevalence of risky sexual behaviors among PWID. Another “worrying” finding, according to senior study author Gkikas Magiorkinis MD, MSc, PhD, was that the prevalence of HIV resistant to drugs used for pre-exposure prophylaxis (PrEP) reached 34% in 2015.

“Our findings suggest that in Ukraine, [PrEP] could be undermined in the near future,” he said in the release. “Further work is needed to confirm this worrying preliminary observation.” – by Stephanie Viguers 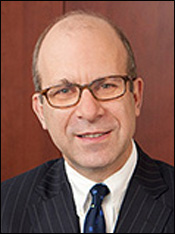 The HIV epidemic in Ukraine is one of the largest in Europe, and although harm reduction programs and ART access have been scaled up, they remain inadequate. The region under conflict in eastern Ukraine had the highest prevalence of HIV in the country. Both health care provision and harm reduction services were adversely impacted by the war, resulting in a significant increase in HIV incidence in some affected areas. HIV prevention services should be focused on those displaced by the conflict or who travel to the region.