Older adults who received more than one influenza vaccine over recent seasons had a lower risk for developing severe influenza than those who received only one vaccine, according to data published today in the Canadian Medical Association Journal.

Itziar Casado, MD, researcher at the Public Health Institute of Navarra in Spain, and colleagues said the findings “reinforce recommendations for annual vaccination for influenza in older adults.”

To better clarify the association, Casado and colleagues conducted a case-control study in 20 hospitals in Spain during the 2013-2014 and 2014-2015 seasons. Their analysis included 728 adults aged 65 years or older admitted to the hospital with severe (n = 130) or nonsevere influenza (n = 598). The researchers matched these patients with 333 and 1,493 controls, respectively, who were admitted to the same hospital for other reasons.

The dominant influenza virus circulating in Spain during the 2013-2014 season was A(H1N1) and A(H3N2) during the 2014-2015 season. These viruses matched strains used in the influenza vaccines for both seasons, according to the researchers. Overall, 325 patients with influenza had A(H1N1), 256 had A(H3N2), 106 had a nonsubtyped A virus, and 39 had influenza B. Information on virus type was lacking in two patients.

Disclosures: Casado reports receiving research grants from the Horizon 2020 Program of the European Commission and the Carlos III Health Institute through the European Regional Development Fund. Please see the study for all other authors’ relevant financial disclosures. 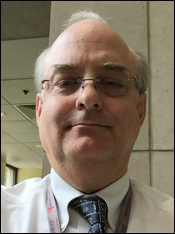 This is an intriguing case-control study that attempts to address the effectiveness of annual influenza vaccination. The authors conclude that those receiving serial vaccination have less severe influenza. I believe the results likely reflect generic influenza vaccine effectiveness and help diminish the concerns of reduced response to serial vaccinations; however, the generalizability of this interpretation is limited by the shortcomings inherent to the case control study design and differences in populations of those who are likely to receive vaccine and those who are not.