HIV comorbidities increase in US as patients age

Comorbidities are common among the aging HIV population in the United States and have increased over time, researchers wrote in The Journal of Infectious Diseases. Previous research has demonstrated similar increases in comorbidities.

“As the HIV-infected population ages, it is becoming increasingly important to identify and manage comorbidities that may increase the risk of cardiovascular complications, kidney disease, osteoporosis and bone fracture,” researcher Joel E. Gallant, MD, MPH, medical director of specialty services at the Southwest CARE Center in Santa Fe, New Mexico, and colleagues wrote. “The comorbidities will influence the choice of ART and are thus an important consideration in optimizing the selection of HIV treatment.”

The most common comorbidity among those with HIV was essential hypertension, affecting 31.4%, 39.3% and 76.2% of patients on commercial, Medicaid and Medicare coverage, respectively. That was followed by hyperlipidemia, endocrine disease, diabetes and renal impairment.

One of the starker contrasts was found in the proportion of patients with hepatitis C among those on Medicaid. According to the researchers, 22.9% of those with HIV were also infected with HCV, compared with 3.7% of those without HIV.

“Clinically, while older age by itself contributes to the increased occurrence of comorbidities, underlying HIV infection and its treatment are also important variables,” Gallant and colleagues wrote. “HIV infection may result in metabolic complications, renal toxicity, hepatotoxicity, and osteoporosis. Similarly, depending on the ART regimen used, side effects can include lipodystrophy, nephrotoxicity, hepatotoxicity, bone loss, and increased risk of [cardiovascular] events.”

In related commentary, Marc van der Valk, MD, PhD, and Peter Reiss, MD, PhD — both of the Amsterdam Infection and Immunity Institute in the Netherlands — wrote that clinicians must respond to the increasing rate of comorbidities among patients with HIV by shifting their focus.

“These patients are experiencing an increasing burden of aging-related noncommunicable diseases (NCDs),” they wrote. “HIV health care providers, including infectious diseases clinicians, therefore need to increasingly transition from a focus on sustaining HIV suppression and immune restoration to a focus on managing and preventing NCDs.”

van der Valk and Reiss pointed out that Gilead Sciences supported the study by Gallant and colleagues, and they argued that more nonpharmaceutical entities should begin supporting research on the costs associated with HIV comorbidities.

“We would rather urge policymakers, insurance companies and research agencies to structurally support and undertake this type of research in close collaboration with all relevant stakeholders, including pharmaceutical companies, in the field,” they wrote. “This will contribute to an improved and cost-effective integration of prevention and management of chronic noncommunicable comorbidities in our HIV care systems and, thereby, increase the long-term quality of life and resilient aging of our patients.” – by Joe Green 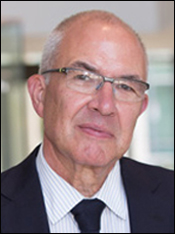 As our antiretroviral medications have so dramatically improved, our patients are living longer, and the duration of survival may well be close to normal. Because so many persons living with HIV are now over the age of 60 years, we can expect them to survive another 20 years or more.

Many studies show that the combined effect of long-standing HIV infection and exposure to decades of ART are adding to the prevalence of comorbid conditions, but even if that were not the case, we are unsurprised that HIV care is now also the setting for common diseases of an aging population. Higher rates of cardiovascular disease, bone loss, renal disease, cancers and other conditions are reported as HIV comorbidities.

The paper by Gallant and colleagues adds significantly to the data we will need to respond to our patients’ growing medical needs. In a very large cohort taken from various payer sources, they found high rates of essential hypertension, hyperlipidemia and endocrine diseases.

Disclosure: Volberding reports serving on the data safety monitoring board for Merck.