Researchers in Brazil recently detected yellow fever virus RNA in urine and semen samples from a convalescent patient in Brazil.

Yellow fever is normally detected in blood, but urine has been used to confirm yellow fever infection in humans, researchers from two universities and a research institute in São Paulo noted in their report. But yellow fever was not among the 27 viruses previously identified to persist in semen.

The researchers said their findings “suggest that semen can be a useful clinical material for diagnosis of yellow fever and indicate the need for testing urine and semen samples from patients with advanced disease.”

“Such testing could improve diagnostics, reduce false-negative results and strengthen the reliability of epidemiologic data during ongoing and future outbreaks,” they wrote in Emerging Infectious Diseases.

A recent yellow fever outbreak in Brazil was fueled by cases among monkeys in the Amazon basin and other tropical forests in Brazil, rather than person-to-person transmission involving mosquitoes. Following a large vaccination campaign, Brazil declared an end to the outbreak in September.

According to the researchers, there were 792 confirmed cases and 274 deaths in the Brazilian outbreak as of July 10. Their report summarized the case of a man aged 65 years from São Paulo who was not vaccinated against yellow fever.

According to the researchers, the man had traveled to the southeastern Brazilian state of Minas Gerais on Dec. 28, not long after the first cases of yellow fever were detected there. About a week later, he traveled to a rural area north of São Paulo. Three days after that, on Jan. 6, he began experiencing symptoms of infection, including fever, chills, body pain and nausea, according to the researchers.

More severe symptoms developed, and the man was admitted to several different hospitals over the next few weeks, according to the report. On Jan. 16, he was admitted to a reference hospital for infectious diseases in São Paulo. Serum samples taken there were negative for yellow fever, but a urine sample obtained 10 days after symptom onset was positive for the virus, the researchers reported.

Urine and semen samples taken on Jan. 27 also were positive for yellow fever virus by qRT-PCR. The researchers tested the urine sample to evaluate infectivity and isolated the virus in cell culture, confirming virus integrity. They confirmed infectivity after a second virus passage. The researchers did not mention testing the semen sample for viable virus. – by Gerard Gallagher 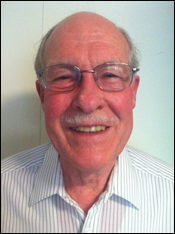