Two Florida residents who ate part of a prepackaged salad that contained a bat carcass were unlikely to have been infected with rabies but received treatment as a precaution, according to a new MMWR report.

Vikram Krishnasamy, MD, MPH, Epidemic Intelligence Service officer in the CDC’s Division of Foodborne, Waterborne, and Environmental Diseases, and colleagues said the bat, identified as a Mexican free-tailed bat, likely came from one of the fields in the Western and Southwestern U.S., where the greens from the salad were harvested and was transported along with the greens to a processing plant in Georgia.

Upon discovering the bat remains in their salad, the residents contacted the Florida Department of Health, which notified the CDC, according to the report written by Krishnasamy and colleagues.

“Cases like this are uncommon and come to our attention when there is an immediate health concern,” Krishnasamy told Infectious Disease News. 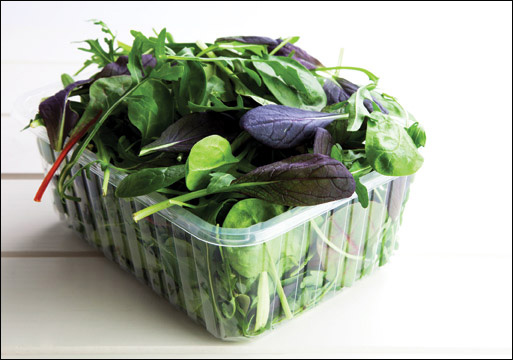 Two people in Florida received post-exposure prophylaxis for rabies after eating parts of a prepackaged salad that contained a bat carcass.
Source: Shutterstock.com

The incident in April sparked a limited recall by manufacturer Fresh Express of its 5-ounce Organic Marketside Spring Mix, which was sold only at Walmart stores in the Southeast U.S. Because approximately 6% of bats submitted to public health departments in the U.S. test positive for rabies, Krishnasamy and colleagues said there was an immediate concern that the consumers had been exposed to the virus. Skin punctures are more likely to result in infection, but humans can contract rabies from infectious material such as saliva or nervous tissue from an infected animal, they said.

The Florida health department sent the bat carcass to the CDC for testing, which did not reveal evidence of rabies infection.

According to Krishnasamy and colleagues, there were other factors that reduced the risk. The bat was decomposed and bisected, but its skull was still intact, making the patients’ exposure to brain material unlikely, though they could have been exposed to the bat’s organs or peripheral nervous tissue. Moreover, the salad had been rinsed with chlorinated water before packaging, diluting any potential virus.

Krishnasamy and colleagues added that “mucosal membrane exposures have rarely been proven to result in rabies disease, and rabies virus does not survive more than a few days outside a host.”

“Although this exposure was likely of low risk, this investigation was an example of effective industry and government collaboration to remove a product of concern from the marketplace rapidly to protect consumers,” they concluded. – by Gerard Gallagher