In addition, Antonia Ho, MBChB, MRCP, MSc, clinical research fellow at the Institute of Infection and Global Health, University of Liverpool, and colleagues found that more than half of the hospital’s influenza cases were attributable to HIV.

“Taken together, data from the two studies present a persuasive argument for a strong association between HIV and influenza,” Ho and colleagues wrote in Clinical Infectious Diseases. “The finding that over half of hospitalized influenza presentations in Malawian adults were attributable to HIV further emphasize its critical role in severe influenza in this population.”

According to the researchers, previous studies examining the impact of HIV on influenza burden have conflicting results. In high-resource settings, HIV does not appear to increase influenza burden or severity. However, in low-resource settings with a high HIV prevalence, there is a higher incidence of influenza illnesses and a greater risk for hospitalizations and death among patients with HIV.

To clarify the association in a low-resource setting, the researchers conducted a cohort study that compared the incidence of influenza illnesses among adult patients with and without HIV at the Queen Elizabeth Central Hospital in Malawi. They also conducted a case-control study at the hospital to establish risk factors for severe influenza infection.

More than 600 patients were enrolled in the cohort study. Among them, 59% had HIV. Overall, 10.5% of patients with HIV and 4.2% without HIV had a confirmed influenza diagnosis. After adjusting for age, gender and other influenza risk factors, including household crowding and food security, the researchers estimated that the incidence of influenza-like illness (ILI) was almost three times higher among patients with HIV than those without HIV (adjusted incidence rate ratio = 2.75; 95% CI, 1.02-7.44).

Although the studies were not powered to fully assess the association between HIV and influenza at different levels of immunosuppression, the researchers observed a higher incidence of ILI and severe influenza among patients with a CD4 cell count less than 200 cells/L.

“Our results, along with other data from the region, contrast with those from developed settings,” the researchers wrote. “This highlights the limitations of extrapolating findings from developed settings to inform influenza control policies in Africa. Differences in observed impact of HIV on influenza burden and severity may be due to more advanced immunosuppression, poorer access to ART, higher prevalence of comorbid conditions, as well as poverty-related factors identified in this study, compared with other regions.”

The researchers concluded that more studies are needed to evaluate influenza vaccine efficacy and the potential impact of a large-scale vaccination program in low-resource settings with a high HIV prevalence. – by Stephanie Viguers 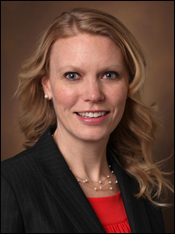 This is really a remarkable study and one of the only prospective studies in sub-Saharan Africa on the burden of influenza-associated illness in people with HIV. It was done for a very important reason, which is to guide global health policies in an area that has not had a lot of guidance on this issue. The study itself was rigorously done with the prospective cohort and, of course, the parallel case control study. It makes a case for global health organizations and WHO to start recommending influenza vaccination routinely, but as the authors point out, there are many hurdles to this, including regulatory, financial and vaccine acceptability concerns.