Although symptomatic cytomegalovirus disease is typically the endpoint in clinical trials involving organ recipients, viral load can act as a surrogate endpoint, according to researchers.

Several associations between viremia and actual disease in cytomegalovirus (CMV) suggest that there are advantages to using viral load as an endpoint, they wrote in Clinical Infectious Diseases.

“While these data in isolation do not provide definitive proof for the utility of viral load as a surrogate endpoint, when taken together, they provide compelling rationale that this may be a reasonable primary outcome in clinical trials,” researcher Yoichiro Natori, MD, of the multiorgan transplant program at the University Health Network in Toronto, and colleagues wrote. “Given the low incidence of CMV disease in most modern clinical settings, coupled with difficulties in the definitive clinical diagnosis of CMV disease after solid organ transplant — especially viral syndrome — CMV viral load may in fact be a preferable and more robust endpoint.”

The researchers assessed data from dozens of previous studies that included CMV viremia–disease links. In one meta-analysis, they found that the mean viral load was significantly higher in CMV disease than in asymptomatic viremia (OR = 9.3).

Other studies indicated that a faster increase in viral load correlated with CMV disease, Yoichiro and colleagues said. Those studies included one in which there was a five- to 10-fold increase in CMV DNA titers just before the disease developed.

Finally, two studies showed that a decline in CMV viral load correlated with the end of symptoms, the researchers said. In one study, CMV disease resolved in 251 out of 267 patients by day 49 of treatment.

Despite the potential value of CMV viremia as a marker, Natori and colleagues concluded, its utility could depend on the type of infection and organs that are affected.

“Future clinical trials of candidate CMV drugs or vaccines should therefore attempt to differentiate between primary infection, reinfection and reactivation and consider that the validity of CMV viremia as a surrogate marker may differ in these different types of infection,” they wrote. – by Joe Green 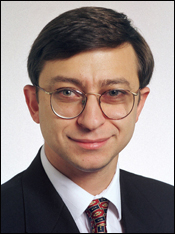 These investigators set out to find out if CMV viral load would be an appropriate endpoint in clinical studies of CMV in solid organ transplantation. In current practice, the incidence of CMV disease, which includes both CMV syndrome and tissue invasive disease, is low. Thus, a more frequent but relevant surrogate marker is desirable.
The authors reviewed and analyzed more than 100 published studies and concluded that CMV viral load is that appropriate marker. They assessed five clinically relevant aspects of this hypothesis to prove their point.

I am reassured that their conclusion is corroborated by daily experience in patient care, where we routinely use CMV viral load to make clinical decisions about when to start and stop antiviral treatment.

The third finding was that the majority of cases of CMV viremia and disease occurred after, rather than during, discontinuation of antiviral prophylaxis.
The fourth finding was that treatment of asymptomatic viremia prevented development of CMV disease, which has been the basis for the CMV preventive strategy and a well-accepted approach in the transplant community.

The fifth finding was that reduction in viral load correlated with clinical response to antiviral therapy. The current international standard of WHO for CMV nucleic acid amplification technology should help facilitate adoption of CMV viral load as the main endpoint in future clinical studies.

Disclosure: Mossad reports that he is a site principal investigator for a study funded by Oxford Immunotec.