Benefit of CT scan ‘minimal’ in patients with suspected meningitis 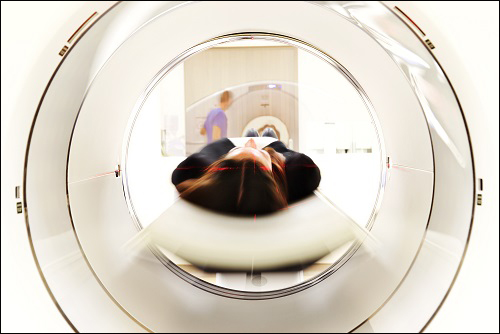 CT scans can cause a delay in diagnosis and therapy for patients with acute bacterial meningitis.
Source: Shutterstock.com

In a prospective study, adhering to Swedish guidelines about when to perform neuroimaging in patients with suspected acute bacterial meningitis was associated with decreased mortality and increased favorable outcome compared with U.S. guidance.

Researchers in Sweden compared the impact of adherence to three different sets of guidelines regarding early management of acute bacterial meningitis (ABM), which they said remains deadly in up to 30% of cases and carries a high risk of persistent neurologic or hearing deficits, making early adequate treatment pivotal.

According to the researchers, treatment for ABM is sometimes delayed so that a CT scan can be performed in patients with suspected intracranial pressure and cerebral mass lesion because lumbar puncture (LP) — which is used to diagnose the condition — may increase the risk for brain herniation. “However, firm evidence that LP may cause herniation is lacking, and the natural course of ABM or brain abscess may itself result in herniation,” they wrote in Clinical Infectious Diseases.

In an evaluation of 815 adult patients with ABM prospectively registered in Sweden between 2008 and 2015, the researchers compared newer Swedish and European Society of Clinical Microbiology and Infectious Diseases (ESCMID) guidance with Infectious Diseases Society of America (IDSA) recommendations that were published in 2004.

According to the researchers, Swedish guidelines were revised in 2009 to omit impaired mental status and new-onset seizures as indications for CT scan before LP, and ESCMID revised its guidelines in 2016 to lower the level of consciousness on the Glasgow Coma Scale that indicates performing a CT before LP. By comparison, the IDSA guidelines are more conservative because they recommend CT before LP if “abnormal mental status” is observed in the patient.

Moreover, in contrast to Swedish guidance, both the ESCMID and IDSA guidelines recommend CT before LP in patients who are severely immunocompromised or who have experienced new-onset seizures, according to the researchers. But the Swedish study concluded that prompt LP was beneficial regardless of mental status and immunosuppression.

In an interview, Rodrigo Hasbun, MD, MPH, associate professor of infectious diseases at the University of Texas Health Science Center, said physicians in the U.S. are ordering too many CT scans in patients with suspected meningitis and “should definitely change their practice.”

Hasbun co-authored a study published in The New England Journal of Medicine in 2001 that was used in writing the IDSA guidelines published in 2004. He was not part of the Swedish study, but said he reviewed the article for Clinical Infectious Diseases and agreed with its conclusions.

“The benefit of a CT scan is really minimal,” he said. “It’s a waste of resources to be doing cranial imaging in patients without any indications.”

Hasbun said there has been a push to review IDSA guidelines on the matter but that no such review is currently underway. He said he was invited to help revise the guidelines once that process takes place.

“I’m in favor of decreasing the use of CT scans,” Hasbun said. “The reality is, in the United States, the majority of patients with or without an indication are still getting CT scans and that’s causing delays in diagnosis and therapy.” – by Gerard Gallagher

Disclosures: Hasbun and the researchers report no relevant financial disclosures.