Amid a growth in antibiotic stewardship initiatives, overall antibiotic spending decreased by 16.6% between 2010 and 2015, researchers found.

At the same time, however, antibiotic expenditures at outpatient clinics — where prescriptions are often unnecessary — swelled by 148%, and spending also grew significantly for mail service pharmacies, according to a review of a national database that tracks spending on medication.

According to an analysis of the QuintilesIMS National Sales Perspectives database, antibiotic expenditures totaled around $56 billion over the course of the study, of which 59.1% was related to the outpatient setting. Overall spending fell from approximately $10.6 billion in 2010 to about $8.8 billion in 2015, a decrease of 16.6% — or 22.8% when adjusted for inflation, according to the researchers.

Community pharmacies experienced a 37.4% decrease in antibiotic expenditures. The downward trend was not seen in outpatient clinics or mail-service pharmacies, where expenditures grew by 148% and 67%, respectively, according to the researchers. The increase in clinic expenditures “may indicate increasing use of outpatient parenteral antimicrobial therapy,” they wrote.

Although antibiotic expenditures from community pharmacies were reduced by more than one-third, these still represented much of the total spending — $28.7 billion over the 6 years of the study, according to the researchers.

“Therefore, outpatient stewardship efforts should remain a priority,” they wrote.

The top antibiotic class by expenditure between 2010 and 2015 was the miscellaneous class, followed by tetracyclines, penicillins, cephalosporins, macrolides and quinolones. Expenditures for quinolones — the top medication by spending in 2009 — fell by 91%, likely a result of U.S. patents for levofloxacin and moxifloxacin expiring in 2011, the researchers said.

At $7 billion, doxycycline accounted for 12.5% of all antibiotic expenditures between 2010 and 2015 — the most expensive among all the individual drugs — and was likely the cause of a rise in expenditures for the tetracycline class, according to the researchers. The cost of doxycycline, an old generic drug, has remained inflated since 2013, when a rise in price resulted from a drug shortage that has since been resolved. According to the researchers, the inflated cost of doxycycline is being investigated. – by Gerard Gallagher

Disclosure: Please see the full study for a list of all authors’ relevant financial disclosures. 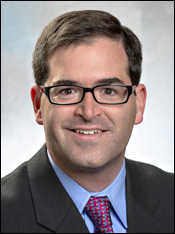 Suda and colleagues assessed the trends in antibiotic expenditures in the United States from 2010 through 2015. Their paper reports a 16.6% decline in antibiotic expenditures over this time period, with $8.8 billion spent in 2015 compared with $10.6 billion spent in 2010. Digging in a little deeper, though, there are some additional findings worth noting.

Also worth exploring is the rise in spending on Ivanz (ertapenem, Merck). This may be related to the increase in gram-negative bacteria with extended-spectrum beta-lactamase production, but it is important to understand how much of this use is culture-directed vs. empiric (or even prophylactic, such as for surgical procedures).

As for the rise in expenditures on daptomycin, this is driven by guideline recommendations for higher weight-based dosing. It is important, though, to ensure that the dose selected is appropriate for the clinical diagnosis being treated.

Finally, expenditures on outpatient parenteral antibiotics rose from 2014 to 2015. Because IV antibiotics are not needed in 34% to 41% of cases in which they are prescribed, it is important to involve an infectious disease specialist when considering hospital discharge on an IV antibiotic.