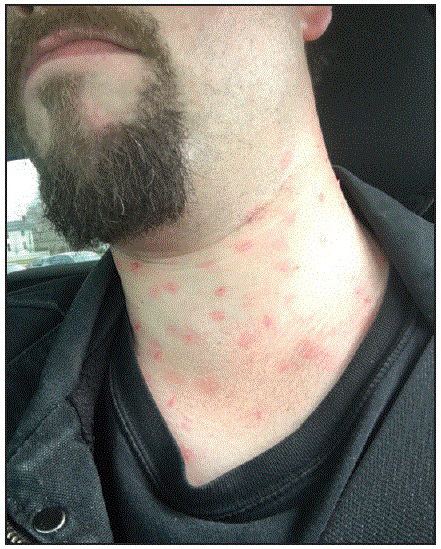 Officials tested the preparedness of dozens of EDs in New York City by using patients who simulated having one of two diseases, including measles.

Dozens of EDs were subjected to simulated drills in which a “mystery patient” presented with signs or symptoms and travel histories consistent with measles or Middle East respiratory syndrome (MERS) infection.

Overall, hospitals passed drills 78% of the time, but many failed at least one drill and there were other problematic results, including poor adherence to important infection control practices like hand hygiene, according to results reported by researchers from the New York City Department of Health and Mental Hygiene (DOHMH) and the CDC in MMWR.

“I would say that this certainly leaves us very vulnerable. At the risk of using a cliché, we are only as strong as our weakest link,” Mary Foote, MD, MPH, DOHMH’s senior medical coordinator for communicable disease preparedness and one of the study’s authors, told Infectious Disease News.

Similar “mystery patient” drills have been used in the past to test preparedness for communicable diseases like Ebola virus, influenza, anthrax and smallpox, but these were the first simulations for measles or MERS, according to Foote and colleagues.

Forty-nine of 50 select hospitals in New York City agreed to participate in the drills between December 2015 and May 2016. Multiple teams consisting of a fake patient, an evaluator and two hospital employees conducted the simulations.

To simulate measles infection, fake patients reported fever and rash after traveling to Europe — where a recent surge in measles cases was driven by gaps in vaccination — and wore mock rashes on their necks. For MERS, they reported respiratory symptoms and recent travel to the Middle East, where there have been thousands of cases of the illness over the past 5 years.

In 95 total drills — 53 for measles and 42 for MERS — patients were both masked and isolated 78% of the time, including 88% of the time when a travel history was obtained compared with 21% when it was not. The median time to masking was 1.5 minutes and the median time to isolation was 8.5 minutes, comparable to past isolation drills for Ebola, according to Foote and colleagues. There were no significant differences in the percentage of simulated measles or MERS patients who were given masks or were isolated.

Nineteen of the 49 hospitals failed at least one drill, according to the report. Just 36% of staff members were observed performing personal hand hygiene, and only 16% instructed patients to properly wash their hands. In instances where patients were isolated, signage was posted outside the room 70% of the time and staff members used recommended personal protective equipment in 74% of the drills.

Foote was not surprised by the suboptimal adherence to hand hygiene practices.

“I still practice clinically and I am constantly appalled at how little I see my colleagues — even the MDs — practicing consistent hand hygiene,” she said. “Infection control is another one of my program areas, and there is definitely a lot of work to do in order to change health care staff behavior and the culture around hand hygiene [and other] infection control practices such as mask use.”

Foote and colleagues said the simulations “provided an opportunity to examine real-world implementation of infectious disease-related screening and isolation of potentially high-risk patients in EDs across New York City.”

“The challenge is making sure staff on the ground are actually adhering to these protocols consistently,” Foote added.

“Another issue is staff turnover,” she said. “Even if there is annual training of ED staff on these procedures ... new staff would not necessarily be familiar with the expectations unless there [were] standard training requirements at time of hire. A best practice we identified conducting these drills is the implementation of EMR screening questions with prompts to guide staff actions if a screening question is positive. It is also important to identify if there are nonclinical staff that are likely to be the first point of contact with the patient and to train them on the screening [and] infection control protocols as well to optimize the timely recognition of potentially infectious patients.” – by Gerard Gallagher

Disclosure: Foote and the other authors report no relevant financial disclosures.