Researchers at West Virginia University are leading a new, federally funded project designed to prevent outbreaks of HIV, hepatitis C and other opioid-related infections through enhanced screening, prevention and treatment efforts, according to a press release.

"West Virginia has the highest drug overdose fatality and hepatitis rates in the U.S.," Judith Feinberg, MD, of the West Virginia University (WVU) School of Medicine, said in the release. “We have not seen an HIV outbreak yet. But it’s a ticking time bomb for us, especially in rural areas where the local health system’s ability to detect and mitigate an HIV outbreak may not be well developed.”

The project will specifically target eight West Virginia counties, including Boone, Kanawha, Logan, McDowell, Mercer, Mingo, Raleigh and Wyoming County. CDC statistics indicate that six of these counties are among the top 25 in the United States in their per capita overdose fatality rates, the release said. 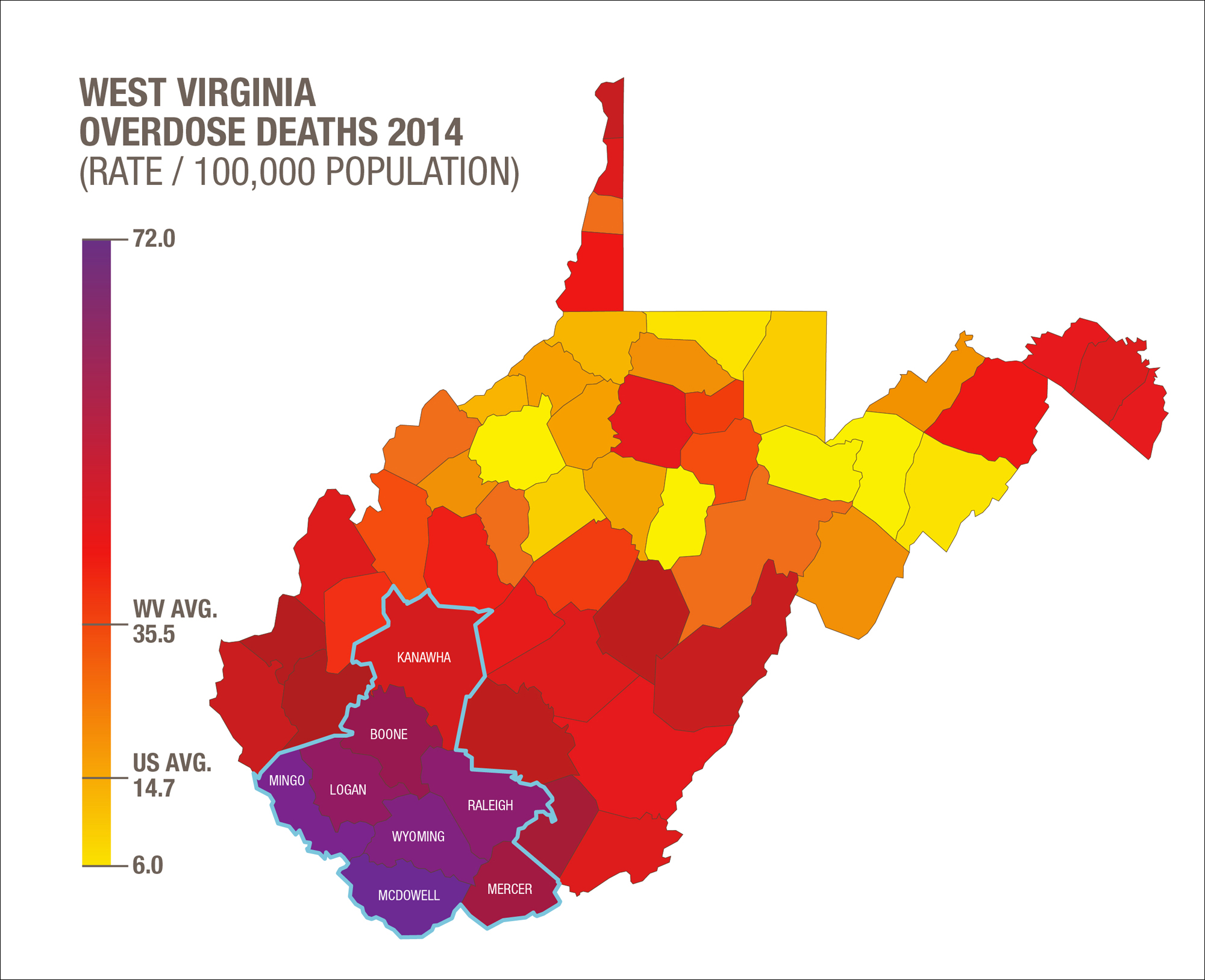 A new project will enhance efforts to reduce infections related to opioid use in West Virginia, which has the highest rates of drug overdose fatality and hepatitis in the U.S.
Source:West Virginia University

“The threat of an HIV outbreak here is among the highest in the U.S.,” Gordon Smith, MD, MPH, Stuart M. and Joyce N. Robbins Distinguished Professor at WVU School of Medicine said. “Based on the CDC’s analysis of a 2014-15 outbreak of HIV and hepatitis C (HCV) in rural Indiana, and the high rates of poverty, overdose deaths and hepatitis B and HCV infections we see in this region, it would not take long for a small number of HIV cases to set off a serious health crisis.”

For the project, which is titled “Rural West Virginia Responds to Opioid Injection Epidemics: From Data to Action,” the researchers will deploy an integrated prevention, harm reduction and treatment team across the region to rapidly identify and mitigate small HIV “microepidemics,” the release said. With the help of local communities and public health agencies, Feinberg, Smith and colleagues will develop an evidence-based road map to screen, prevent and treat opioid-related infections during an initial 2-year phase of the project. A novel strategy will be used to target communities at highest risk for outbreaks. If successful, the researchers will receive additional funding for 3 years to implement a comprehensive program that aims to prevent the effects of injection drug use in these communities.

The first 2 years of the project are supported by $1,010,068 in funding from the National Institute of Drug Abuse, the CDC and the Appalachian Regional Commission, according to the release. The project also has received support from the Substance Abuse and Mental Health Services Administration and the West Virginia and Translational Science Institute.

Price added that the NIH is an important agency that supports research and the development of pain medications that are not addictive or euphoric.

“[The NIH] is working on a vaccine for addiction,” he said. “That is incredibly exciting.”