A large increase in certain bacteria under the foreskin can increase the risk for HIV infection by as much as 63%, according to researchers.

The risk posed by the increase in several anaerobe types could be transmitted sexually, they wrote in mBio.

“This study is the first to suggest that the bacteria colonizing the penis can be an independent risk factor for HIV in men,” study researcher Cindy M. Liu, MD, MPH, PhD, an assistant research professor of environmental and occupational health at the George Washington University Milken Institute School of Public Health, said in a news release. “Having more oxygen-intolerant bacteria was associated with increased HIV risk.”

Liu and colleagues collected data from 182 uncircumcised men involved in a clinical trial in Rakai, Uganda. Of those, 46 became infected with HIV, and the remaining 136 were assessed as controls.

The researchers used penile swabs collected at enrollment to measure the abundance of the 10 anaerobic bacterial genera that, according to results of a previous study, were most reduced after circumcision. 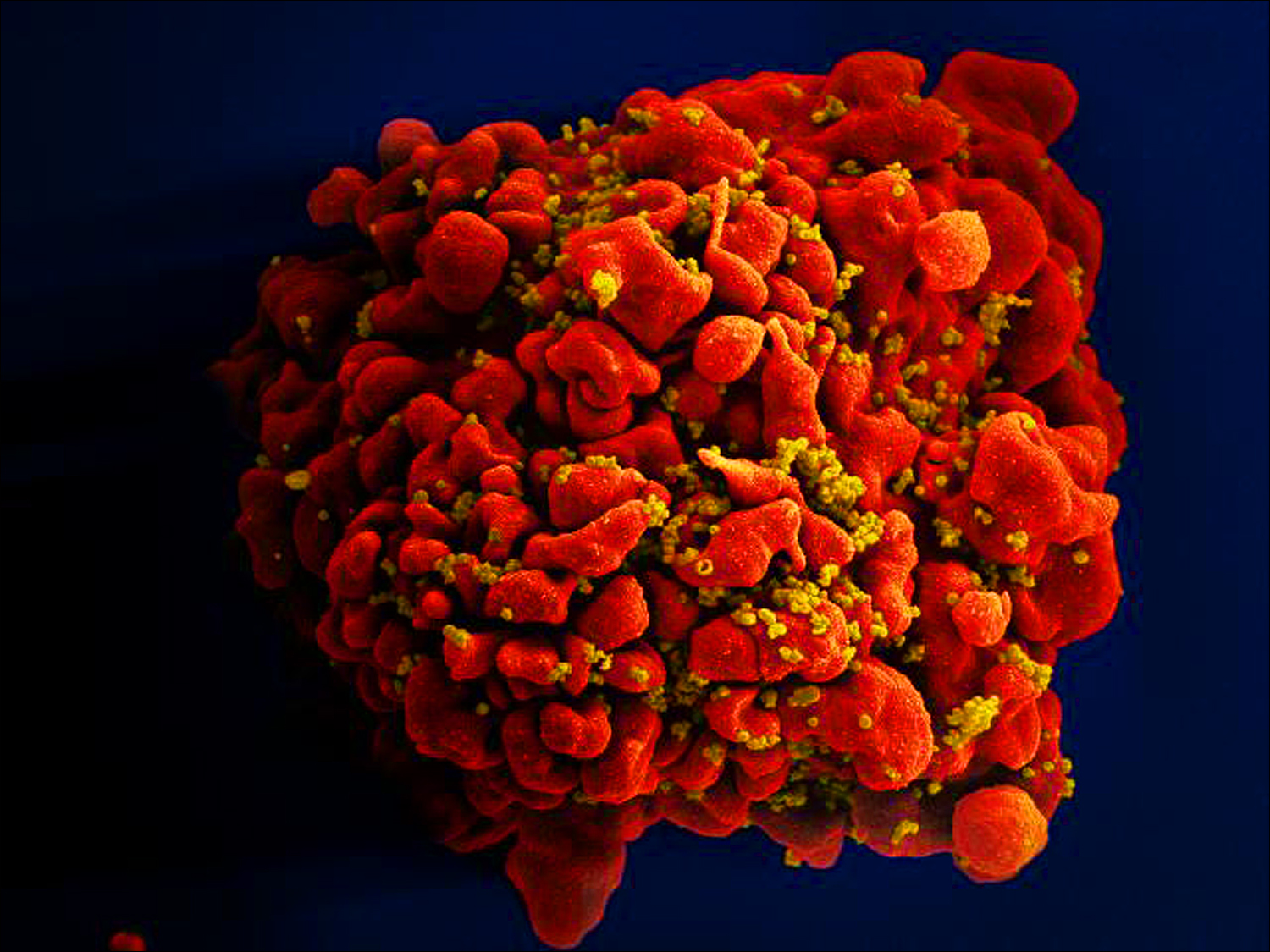 An H-9T cell is infected by many HIV particles, which are digitally colored yellow in this scanning electron microscope image.
Source: NIAID

The bacteria can be shared between heterosexual partners and are associated with a risk for HIV infection in women as well, the researchers added.

They said the risk may increase because a higher bacterial load can draw more immune cells to the site, making it easier for HIV to infect them. Nevertheless, they said their findings could help find new ways to prevent HIV infection.

“All the work that we do is aimed at finding effective strategies to reduce HIV transmission,” study researcher Rupert Kaul, MD, PhD, an infectious disease physician and professor at the University of Toronto, said in the news release. “This work helps us understand how medical male circumcision reduces HIV infection in men and points toward novel interventions to decrease HIV risk in the future.” – by Joe Green