WASHINGTON — Seventy years ago, researchers from the Rockefeller Foundation discovered the Zika virus by chance in a dense Ugandan forest where they had built steel towers to collect mosquitoes for their yellow fever experiments. Last week, in a basement hotel ballroom in Washington, D.C., scientists — some of them several generations removed from those researchers — gathered to discuss how a virus once thought to be benign is ravaging the brains of infants and causing central nervous disease in adults.

Presentations at the First International Conference on Zika Virus explored the history of the virus and the complexities of responding to a recent epidemic that stirred up so many mysteries.

“The response to the Zika epidemic is probably one of the most difficult ever because it requires expertise ranging from reproductive health, birth defect surveillance, contraception, neurology, vector control, diagnostic and vaccine development and policies around travel,” Annelies Wilder-Smith, MD, PhD, MIH, professor of infectious diseases at Lee Kong Chian School of Medicine, Nanyang Technological University, Singapore, and president of the International Society of Travel Medicine, said during a keynote lecture. “This is an incredibly difficult outbreak.”

According to organizers, more than 200 people from 28 countries attended the 3-day conference, which was held just more than 1 year since WHO declared the Zika virus outbreak in the Americas to be a Public Health Emergency of International Concern (PHEIC). That designation was lifted 3 months ago in favor of what experts have classified as the need for a “robust” technical response to the disease.

Stephen S. Morse, PhD, professor of epidemiology at the Columbia University Mailman School of Public Health and director of the university’s infectious disease epidemiology certificate program, said Zika is a prototypical emerging infection in many ways, having appeared suddenly and spread rapidly throughout the Americas, bringing the tragic surprise of microcephaly and other serious complications with it.

“It’s unique in that there are very few viruses that get their own conferences,” Morse told Infectious Disease News. “There are so many questions.” 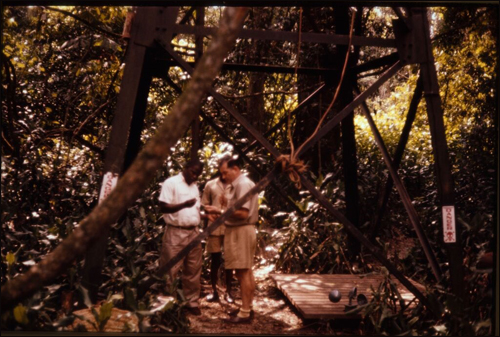 Medical entomologist Alexander J. Haddow, MD, DSc, one of the discoverers of the Zika virus, wears shorts beneath a steel tower used for mosquito collection in the Zika forest, Uganda.

The first day of the conference featured no less than seven speakers from Brazil, including opening remarks by Pedro F.C. Vasconcelos, MD, PhD, of the Evandro Chagas Institute, who also spoke on behalf of the country’s Ministry of Health. As the epicenter of the recent outbreak, Brazil has been a hub for the latest research examining Zika’s effect on humans, particularly its capacity to inflict grave outcomes in infants whose mothers were infected.

Presenters spoke through the day about the epidemiologic and diagnostic obstacles of the Zika epidemic.

“This epidemic has so many aspects that represent big challenges to us, the scientists,” Vasconcelos said. “It was an unexpected epidemic.”

Of the many questions still swirling, perhaps the biggest are these: How did Zika, a seemingly mild disease for decades, evolve to be so potentially dangerous to humans? And why has Brazil — particularly its northeastern states — suffered more than other countries?

Researchers are working to answer these and other questions, and to develop a vaccine to prevent future outbreaks, although recent comments by WHO Director General Margaret Chan suggested a vaccine for women of childbearing age may still be 3 years away.

“Zika was not appreciated initially,” Morse said. “When it was first seen, people thought it was going to be a mild disease, not serious. And now suddenly it’s become very serious.”

Although Zika was discovered in 1947, it was not until the 1950s that the first human cases were recorded. A 2007 outbreak on the Pacific island of Yap was the first time Zika was detected outside of Africa or Asia and the first time it was implicated as causing a large number of infections. Until then, only 14 total cases of human Zika infection had been documented. Zika caused an outbreak in French Polynesia in 2013 that included the first cases linked to Guillain-Barré syndrome, a central nervous system disorder that affects a small percentage of people infected with the virus.

The epidemic centered in Brazil has been defined by the discovery that Zika can cause a pattern of fetal and infant birth defects, including microcephaly. Congenital Zika syndrome, as it is now called, was the topic of several presentations, including one by Vasconcelos, who said the first connection between the virus, microcephaly and other central nervous system malformations came in the form of a baby in Brazil whose mother had contracted Zika virus and who died 5 minutes after being born.

“Why [Zika] seems to be behaving with so much virulence now is still unknown,” Morse said.

Microcephaly has been emblematic of the severity of the Zika epidemic, but several presenters used the image of an iceberg to illustrate that it is merely at the top of a litany of serious potential health complications for infants whose mothers were infected. 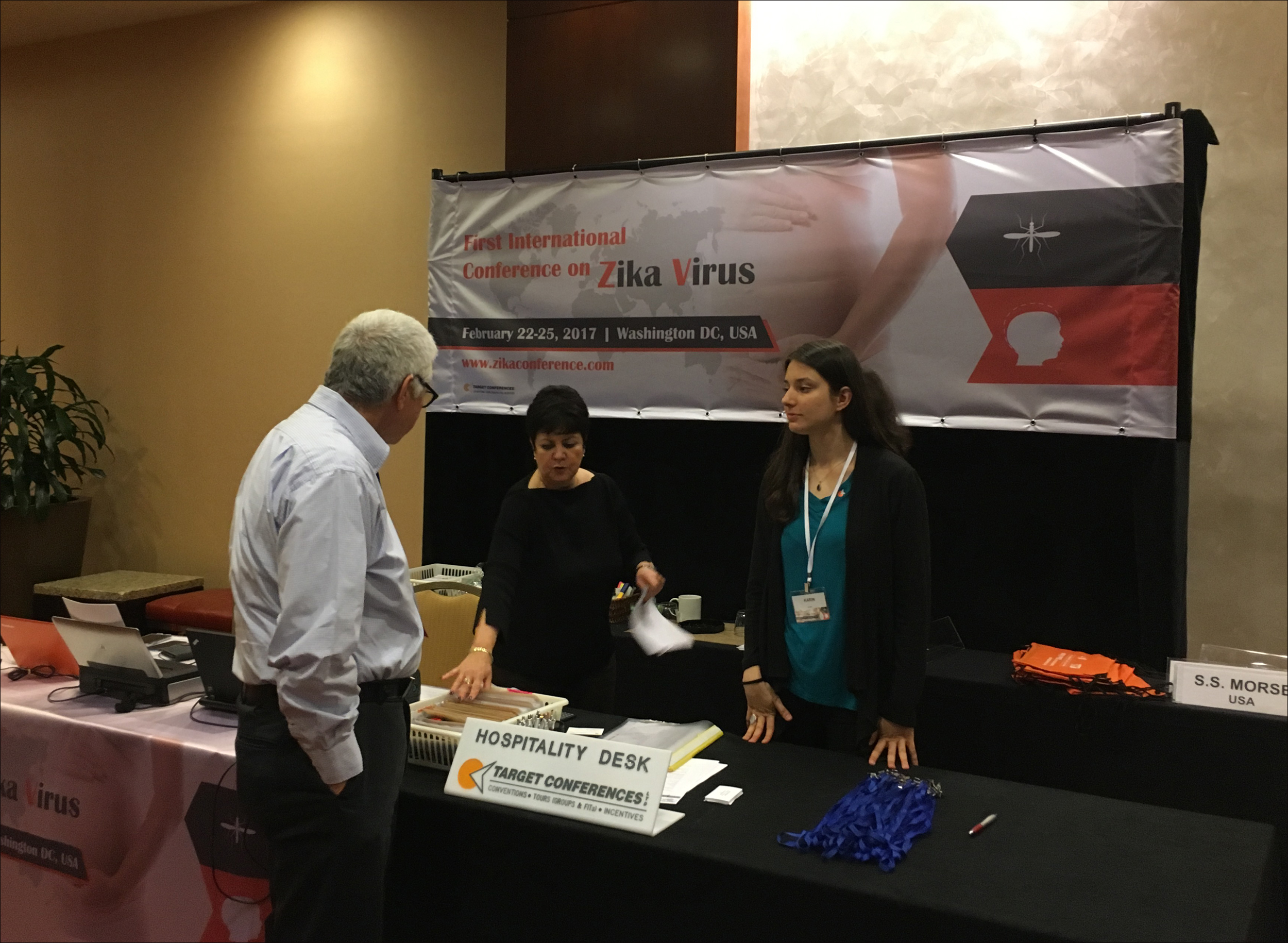 “We still haven’t understood the full spectrum of the disease [but] I think we have enough data to show a very distinctive pattern of congenital sickness that is quite unique to Zika,” Wilder-Smith said.

Zika’s connection to microcephaly was the central reason WHO declared a PHEIC in February 2016, but the virus’ association with Guillain-Barré syndrome also contributed to the decision. Today, a suite of illnesses is associated with the virus, and Wilder-Smith said the scientific community probably made a mistake by focusing so much on just two conditions in the early days of the epidemic.

“There’s much more,” she said.

Experts are still seeking answers for the uneven destruction that Zika has wreaked on Brazil, which has been home to around 346,000 of the nearly 759,000 Zika virus infections that have been reported in 48 countries and territories around the world since 2015, according to the latest data from the Pan American Health Organization (PAHO).

Microcephaly is especially concentrated in northeast Brazil, where around 76% of the country’s confirmed cases since 2015 have occurred. So far, no cofactors have been discovered to explain the discrepancy, but experts continue to look for them, David L. Heymann, MD, director of WHO’s Zika emergency committee and professor of infectious disease epidemiology at the London School of Hygiene and Tropical Medicine, said when the PHEIC was lifted in November.

Wilder-Smith said in-vitro evidence shows coinfection with dengue virus may be the reason why cases of microcephaly are higher in northeast Brazil, but this has not been confirmed by better data.

“Clinically, there is not so much evidence yet,” she said. “I think we should wait for well-conducted prospective studies.”

Last year, researchers showed that past dengue infection may increase the potency of a Zika infection, a link that could explain the extent of the outbreak in Brazil. Dengue and Zika share a common vector, the Aedes aegypti mosquito, and circulate in the same areas of Brazil. Another theory is that the Asian and African strains of Zika are responsible for different manifestations of the disease. Strains from the Asian lineage caused the Pacific and American outbreaks, both of which have been associated with more serious outcomes. (The first connection between Zika and Guillain-Barré syndrome was made in French Polynesia.) But showing that the strain is responsible for such outcomes has been difficult, according to Didier Musso, MD, of the Louis Malardé Institute in Papeete, French Polynesia.

“Today, nobody knows,” Musso, whose presentation addressed knowledge gaps about Zika in the Asia-Pacific region, said.

Wilder-Smith said Colombia, the Dominican Republic, Ecuador, El Salvador, and Jamaica were among the Latin American countries that declared delaying pregnancy as a strategy to combat microcephaly in the wake of so many cases being reported in Brazil, a factor that could have led to lower rates of cases of congenital Zika syndrome in those places. She said abortion likely also contributed to the lower rate of cases, although data are sparse because the procedure is either illegal or frowned upon in many of these countries.

“In the next wave we will probably see less severe congenital Zika syndrome” because women will opt for abortions instead of carrying their babies to term, Wilder-Smith said.

According to Alice Panchaud, PhD, research fellow at the Harvard T.H. Chan School of Public Health, while congenital Zika syndrome is a known result of infection during the first trimester of pregnancy, other questions remain about the magnitude of the risks of virus transmission between mother and infant, the full spectrum of the syndrome, potential cofactors, and the long-term developmental outcomes of infants born after exposure to Zika.

To help find answers, Panchaud and colleagues launched a web registry to enroll anonymous pregnant women who have been exposed to Zika at any stage of gestation. They aim to compare the outcomes in pregnancies from women with positive and negative Zika tests. WHO already has such a database and has approached Panchaud and colleagues about sharing data, she said.

“The aim of this registry is to help answer the remaining questions,” Panchaud said. “We want a lot of people from a lot of places to share so we can get a global perspective.” – by Gerard Gallagher