Today, WHO released its first-ever list of antibiotic-resistant “priority pathogens” that pose the greatest threat to human health. The list is intended to promote research and development of new antibiotic treatments.

“This list is a new tool to ensure R&D responds to urgent public health needs,” Marie-Paule Kieny, PhD, the WHO assistant director-general for health systems and innovation, said in a news release. “Antibiotic resistance is growing, and we are fast running out of treatment options. If we leave it to market forces alone, the new antibiotics we most urgently need are not going to be developed in time.”

The list is divided into three categories that are based on how urgent the need is for new treatment options.

Top priority pathogens with a “critical” need for R&D include:

Secondary priority pathogens with a “high” need for R&D include:

Other priority pathogens with a “medium” need for R&D include: 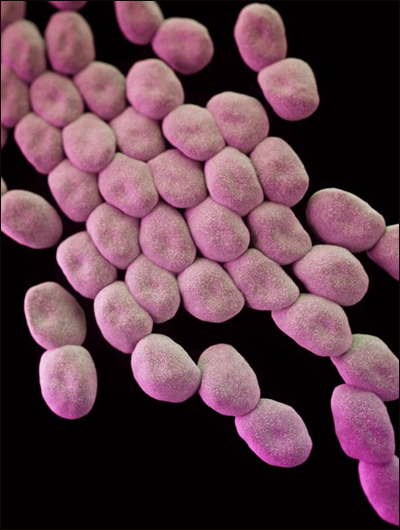 3-D computer-generated image of multidrug-resistant Acinetobacter spp. bacteria, which WHO named as one of the top "priority pathogens" in need of new antiboitics.
Source: U.S. Centers for Disease Control and Prevention - Medical Illustrator

WHO selected these pathogens in collaboration with the division of infectious diseases at the University of Tübingen, Germany, using a multicriteria decision analysis technique that took into consideration how deadly the infections that the pathogens cause are; whether treatment requires long hospital stays; the frequency of resistance; how transmissible they are; whether the infections can be prevented; how many treatment options are available; and whether new antibiotics are already in the pipeline. Although multidrug-resistant tuberculosis has been increasing in recent years, WHO stated that it was not included on the list because there are other programs dedicated to combatting it.

In October, the Infectious Diseases Society of America (IDSA) sent WHO its own recommendations for which pathogens should be included on the list. The organization stated that A. baumannii — which landed first on WHO’s “critical” need list — was “a particularly worrisome threat” and a major cause of health care-associated infections that are becoming “increasingly common” in ICUs.

“We are pleased to see that WHO identified three carbapenem-resistant pathogens (Acinetobacter baumannii, Pseudomonas aeruginosa and Enterobacteriaceae) that IDSA recommended as the highest priorities, and agree the list largely reflects the areas of greatest unmet needs, with remaining treatment options and pipeline drugs as key criteria for prioritization,” a recent IDSA statement said. “Congress must enact incentives for antibiotic research and development that include tax credits and provide robust funding for federal agencies working on antibiotic research and development, including the National Institute of Allergy and Infectious Diseases, the Biomedical Advanced Research and Development Authority and the Department of Defense.”

IDSA also praised WHO on stating that there must be more appropriate use of antibiotics in humans and animals, reflecting a One Health approach.

“We look forward to continued One Health efforts with our U.S. and international partners, including WHO, on antimicrobial stewardship, infection prevention, improved surveillance, diagnostics & vaccines R&D, and investment in the infectious diseases workforce," the statement said.

Later this week in Berlin, health exerts affiliated with the G-20 will discuss their efforts in targeting the priority pathogens, Hermann Grὂhe, the federal minister of health in Germany, said in the WHO news release.

“We have to take joint action today for a healthier tomorrow,” he said. “Therefore, we will discuss and bring the attention of the G-20 to the fight against antimicrobial resistance. WHO’s first global priority pathogen list is an important new tool to secure and guide research and development related to new antibiotics.”

This is an important first step for several reasons. The fact that WHO is identifying bacterial threats with such a level of specificity really emphasizes both the global nature of this problem and the fact that it is a threat to all of us. What will be important moving forward is the degree to which the United States and international leaders can continue to invest the resources needed to get drugs developed for patients with these life-threatening infections. Recent policy successes, including the passage of the 21st Century Cures Act in which IDSA played a critical role, as well as research and funding of NIH, the Biomedical Advanced Research and Development Authority (BARDA) and the Department of Defense, are also key. The fact that the 21st Century Cures Act included the Limited-Population Antibacterial Drug Approval Pathway is an example of how policy can facilitate treatments for these critical pathogens that WHO has identified.

It is critical to have continued robust support for research. Without research in treatment, trial design, stewardship and diagnostics, progress stops.