Researchers say the treated bed nets that have prevented hundreds of millions of cases of malaria in sub-Saharan Africa during the past 15 years continue to work against the life-threatening disease despite a rise in insecticide resistance among the mosquitoes that transmit the infection.

Central to anti-malaria efforts since 2000, long-lasting insecticidal nets (LLINs) still significantly reduce rates of the disease, according to the results of a large investigation conducted by WHO in five countries, including four in sub-Saharan Africa.

“The major message is that our mainstay of malaria prevention — long-lasting insecticidal nets — continue to be a highly effective tool in the malaria fight, even in areas where mosquitoes have developed resistance to the insecticide used in the nets,” Tessa B. Knox, PhD, technical officer at the WHO global malaria program, told Infectious Disease News.

In sub-Saharan Africa, which shoulders most of the world’s burden of the mosquito-borne disease, the number of malaria-related deaths declined nearly 60% over the past 15 years, according to data published recently in The New England Journal of Medicine.

LLINs have been a cornerstone of the fight against malaria in this region, accounting for 69% of the estimated 663 million cases that were prevented between 2001 and 2015, according to WHO. 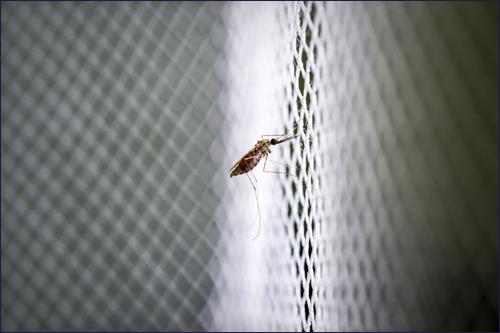 An adult Anopheles mosquito resting on the surface of a net.

Researchers attribute the effectiveness of LLINs to them being both a barrier and a poison for the Anopheles mosquitoes that spread the disease. Access to the nets in sub-Saharan Africa grew from 2% of the population in 2000 to 53% in 2015, WHO said.

Beyond nets, the fight against malaria also includes artemisinin-based combination therapies and indoor residual spraying (IRS), in which the walls and surfaces of homes are coated with other insecticides.

Effect of resistance on LLINs

Results of the WHO study were presented at the annual meeting of the American Society of Tropical Medicine and Hygiene (ASTMH) in Atlanta.

Researchers recruited cohorts of children in 340 locations in 16 areas of India, Benin, Cameroon, Kenya and Sudan, and measured the effectiveness of LLINs over 5 years by comparing rates of malaria incidence and prevalence between individuals who either used or did not use a net the previous night. These results also were used to determine the effect of resistance on LLINs by comparing areas with highly resistant mosquito populations with those showing lower resistance to the pyrethroids used in the nets.

At a site in Sudan, researchers compared the effectiveness of LLINs alone vs. LLINs plus IRS in lower and higher resistance clusters.

In every location, people who slept under LLINs had significantly lower rates of malaria infection than those who did not use a net, even in areas where mosquitoes had developed resistance to pyrethroids, the researchers found. Further, IRS with a different insecticide than the one used in nets reduced malaria infections by an additional 50% compared with LLINs alone at the Sudan site and resistance to pyrethroids was slowed. 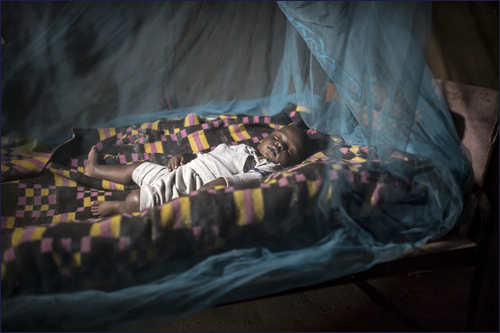 A young child sleeping under a mosquito net in Kisumu, Kenya.

“However,” Knox said, “there was no detectable concurrent increase in malaria burden as observed by tracking malaria infections or cases. This means that the observed mosquito resistance was not reducing the ability of the LLINs to prevent malaria. Children who slept under LLINs had significantly lower malaria infections or burden than those children who did not sleep under nets.”

The study reaffirms WHO’s recommendation that everyone at risk for malaria should use LLINs, which will remain a cornerstone of malaria prevention for the foreseeable future, along with IRS, Knox said.

New tools are urgently needed for mosquito control so that their resistance to insecticide can be slowed, Knox said. To that end, WHO has said it would change some of its rules to fast-track such anti-mosquito tools through the pipeline.

“These new tools may be applicable either as a supplement to LLINs and IRS or potentially as an alternative once their impact, safety and suitability is proven,” Knox said. – by Gerard Gallagher

Disclosures: Knox reports no relevant financial disclosures. The study was primarily financed by the Bill and Melinda Gates Foundation.