Half of patients with resistant infections receive delayed antibiotics

NEW ORLEANS — New research shows that about half of patients with gram-negative infections due to carbapenem-resistant Enterobacteriaceae and other multidrug-resistant organisms received delayed antibiotic therapy, underscoring the need to identify these patients sooner.

“There are a lot of data to suggest that patients with antibiotic-resistant infections do worse than their susceptible counterparts,” Thomas P. Lodise, PharmD, PhD, professor at the Albany College of Pharmacy and Health Sciences, Albany, New York, told Infectious Disease News. “So, the question always becomes, ‘Why?’ What is driving these worse outcomes in patients with antibiotic-resistant infections, and more importantly, what is modifiable? And when we think about the things we can modify, one of the things that immediately comes to mind is antibiotic treatment.”

Lodise and colleagues investigated the impact of timely vs. delayed antibiotic therapy on outcomes in more than 6,000 patients with serious infections, including those caused by carbapenem-resistant Enterobacteriaceae (CRE), multidrug-resistant Pseudomonas spp., carbapenem-resistant Pseudomonas spp., and extended-spectrum beta-lactamase–producing organisms. They used a U.S. hospital database to identify adult patients with at least one of these pathogens between July 2011 and mid-September 2014. They defined antibiotic therapy as appropriate if all pathogens identified by culture were susceptible to at least one agent prescribed to the patients. Timely therapy was delivered on or within 2 days of a positive culture test, and any therapy given after that point was considered delayed.

Results, which were presented at IDWeek 2016, showed that almost half (46.2%) of patients had received delayed treatment.

“Think about that,” Lodise said. “That’s the equivalent of going to a car mechanic to replace your brakes and there’s a 50% probability they’re not going to work. Would that be acceptable? But that’s what we deal with every day in the health care setting treating patients with antibiotic-resistant infections. It’s a staggering statistic … it’s unacceptable.”

In multivariate regression models, patients who received delayed treatment averaged 3.7 more days of antibiotic therapy, 4.1 more days in length of stay, and $7,587 more in total in-hospital costs than those who received timely therapy (P < .01 for all comparisons). In both groups, room and board represented about 55% of total costs, while antibiotics represented only 3%, according to the researchers. 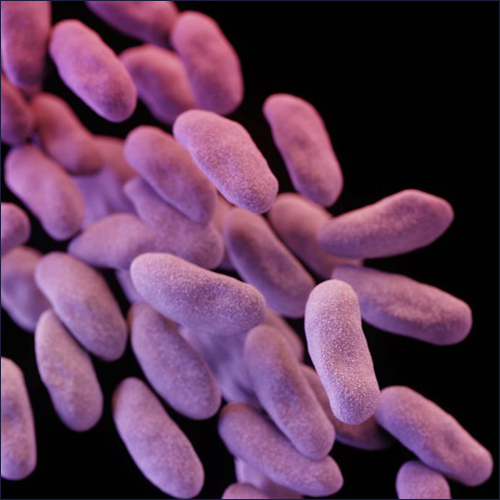 Lodise said that on a patient level, these factors — longer duration of treatment and lengths of stay and higher hospital costs — are all proxies for someone who is not responding to treatment. But there are ecologic consequences to placing a patient on antibiotics for a longer period, he said, which increases their risk for developing a subsequent resistant infection. Moreover, increasing a patient’s length of stay heightens the risk for horizontal spread of resistant pathogens, which could exacerbate the prevalence of antibiotic-resistant infections in a given institution.

Lodise emphasized the need to improve awareness and treatment of patients with gram-negative infections, which is why the researchers conducted a second study that examined clinical predictors of hospital-onset CRE. Using the same U.S. database, they identified more than 10,000 adult patients hospitalized between January 2011 and December 2014 with an ICD-9 diagnosis of complicated urinary tract infection, complicated intra-abdominal infection, hospital-acquired pneumonia, or bloodstream infection due to Enterobacteriaceae spp.

The overall prevalence of CRE was 4.5%. Statistically significant predictors included:

“Customarily, we wait for susceptibility results to guide antibiotic therapy,” Lodise said, “but that’s 3 to 4 days downstream. Think about these vulnerable hosts — how long do you think they can survive and persist in the absence of effective antibiotics? When you have an indication that it’s a gram-negative pathogen — that it’s Enterobacteriaceae — especially at an institution with a higher rate of CRE … you should have a heightened awareness of these risk factors.” – by John Schoen

Disclosure: Lodise is a consultant and serves on the speaker’s bureau for Allergan, Merck and The Medicines Company.