A vaccine for respiratory syncytial virus, or RSV, has long remained out of reach for researchers, but a drug that takes aim at a novel target has shown promising topline results in an early clinical trial, according to its manufacturer.

While RSV causes over 30 million acute respiratory tract infections in young children worldwide and kills about 14,000 adults aged 65 years and older each year in the United States, the effort to develop a vaccine has been beset by failures spanning decades.

These include a deadly trial in the 1960s of a formalin-inactivated RSV vaccine candidate that exacerbated naturally occurring RSV infection in children previously naive to the virus. As many as 80% of the children vaccinated in the trial were hospitalized with lower respiratory infections, and two died.

“That really put a damper on vaccine formula development for a long time,” Stanford said.

According to the company, the vaccine failed to prevent moderate-to-severe RSV-associated lower respiratory tract disease or reduce the incidence of all symptomatic respiratory disease due to RSV — its primary and secondary endpoints.

Despite decades of work, the pipeline for RSV vaccines is not deep, so the Novavax failure hit hard, Stanford said. 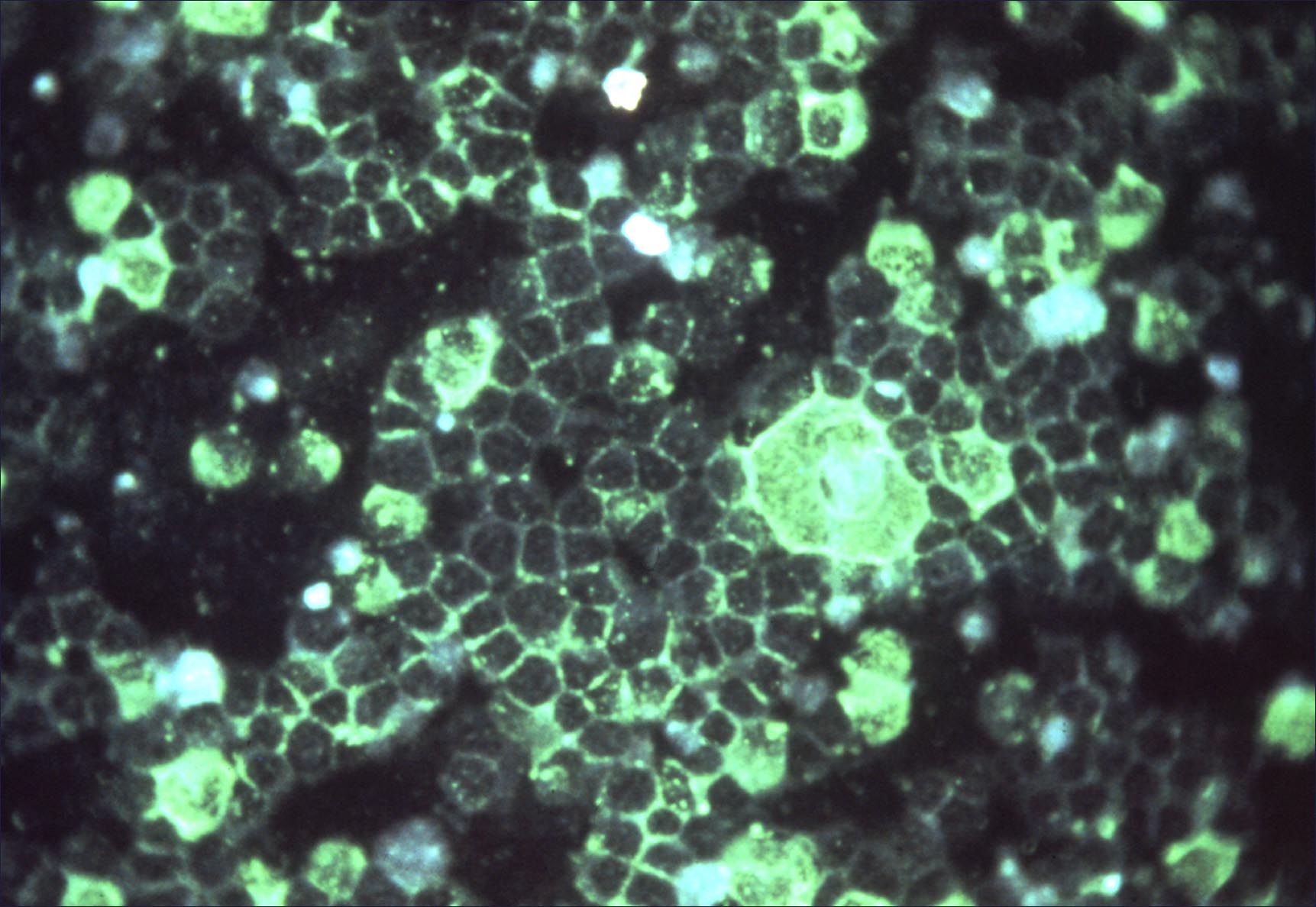 There is still no vaccine for respiratory syncytial virus, the leading cause of respiratory tract infections among young children worldwide, but a novel target has shown promise.

“I think there’s going to have to be a really big shift clinically before we see something really close to the market,” she said. “That being said, there’s a fair number of people in our wheelhouse, which is early clinical data, so I think there are a lot of really good candidates, but [the search for an RSV vaccine] is not quite as advanced as other [vaccine] programs.”

As of March 2016, Immunovaccine was one of six companies or government agencies, including NIAID, working on about 17 RSV vaccine candidates in various stages of clinical trials, according to a list obtained from WHO.

Stanford said her company’s approach is “completely different” than any other RSV vaccine candidate because its drug, DPX-RSV, goes after a novel target: the small hydrophobic protein, which is expressed at the surface of the cell.

Most other RSV vaccine candidates target either the F or G proteins.

“Our primary indication is in the elderly, who have gotten RSV multiple times, so they have immune responses to F and G and they’re not protected,” Stanford said. “Our hypothesis is, let’s mount an immune response against something that they don’t typically have an immune response to, and then sort of circumvent infection that way. That makes it very different from everything else that’s out there. What we’re trying to do is target immune response not against the virus particle, but against the infected cell.”

In positive topline results from a phase 1 trial conducted at the Canadian Center for Vaccinology, Immunovaccine said DPX-RSV showed antigen-specific immune responses at least 6 months after the last vaccination in 15 of 16 participants, including 8 of 8 participants in the low-dose and 7 of 8 in the high-dose cohorts. Additionally, the drug was well-tolerated with no serious adverse events in any study participants.

“Because we’re working in the elderly, we really need something that’s going to generate a strong immune response, and that’s what our formulation does.”

Stanford also noted the high burden of RSV in children, as well as the challenges of developing a vaccine needed so early in life.

“Therefore, another approach to protect this population is to immunize mothers before or during pregnancy so that they pass along a sufficient immune response to protect young babies,” she said. “As introducing a novel, adjuvanted vaccine to the very young can be a challenge, this is likely the approach that DPX-RSV could undertake to protect young children.” – by Gerard Gallagher

Disclosures: Stanford is employed by Immunovaccine Inc. Please see the complete studies for a list of all other researchers’’ relevant financial disclosures.