In a rare case, investigators say a woman died after contracting Streptococcus zooepidemicus from a sick horse in Washington state.

The woman, aged 71years, died within a week after having close contact with a horse that later tested positive for S. zooepidemicus, a subspecies of S. equi, the investigators said.

“S. zooepidemicus is a zoonotic pathogen that rarely causes human illness and is usually associated with consuming unpasteurized dairy products or with direct horse contact,” they wrote in Morbidity and Mortality Weekly Report. “In horses, S. zooepidemicus is a commensal bacterium that can cause respiratory, wound, and uterine infections.”

The woman was visiting her daughter’s horse boarding and riding facility in King County, Washington, where three of the facility’s six horses later tested positive for S. zooepidemicus, including the one that infected her.

The daughter also was infected by one of the horses and developed a mild sore throat and cough, but recovered. Soon after, on Feb. 29, she began administering 10 days of sulfa-based antibiotics to a horse that showed symptoms of S. zooepidemicus infection, and the horse fully recovered.

Her mother, who had symptoms consistent with an upper respiratory infection at the same time her daughter was ill, had contact with one of the horses on at least Feb. 25 and Feb. 29 and later developed vomiting and diarrhea on March 2, the investigators said. She was found unconscious the next day and died after being transported to a hospital. 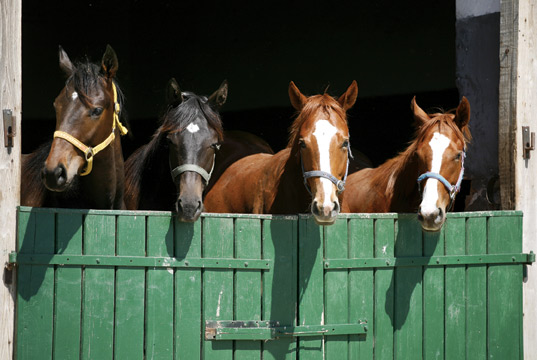 A woman contracted a fatal case of S. zooepidemicus from a horse being kept at a boarding and riding facility in Washington state.

According to the investigators, a blood culture from the woman and throat culture from her daughter both grew isolates of S. zooepidemicus that matched isolates from two of the horses at the facility.

They said the woman’s age and possible upper respiratory infection might have made her more vulnerable for invasive disease by S. zooepidemicus

According to the researchers, the median age in 32 reported cases of S. zooepidemicus in humans was 61 years with a case fatality rate of 22%.

“Consistently practicing thorough hand washing with soap and water after contact with horses and other animals or areas where animals are housed is recommended,” the investigators wrote. “This outbreak highlights the need for more research regarding risk factors for zoonotic transmission and spectrum of human illness associated with S. zooepidemicus.” – by Gerard Gallagher

The importance of obtaining a travel history in considering the possible cause of disease was highlighted for the medical professional and lay public alike by the recent Ebola virus epidemic in West Africa. The current report of two cases of S. zooepidemicus contracted from horses, one case unfortunately fatal, highlights the importance of obtaining a history of animal exposure. Although in many cases queries regarding animal exposure are elicited in tandem when a positive travel history is obtained due to concerns for exotic infections, the possibility of domestic exposures leading to disease may not be automatically considered in a busy practice or hospital ED. While the history of a mammal bite leads routinely to the possibility of rabies, it is prudent to remember the many animals and venues for exposure that pose risks for the acquisition of zoonotic infections including: petting zoos, reptiles, birds, home aquariums, farms, and home rodent infestations to name a few. Even though the history of animal exposure might not lead to the correct diagnosis in advance of microbial culture results as in the current report, these cases serve as reminders of the importance of hand hygiene after animal exposure and vigilance on the part of practitioners regarding the possibility of zoonotic diseases.