A small survey of residents in a Florida Keys community at the center of a debate over using genetically engineered mosquitoes to help prevent vector-borne diseases showed that a majority of the respondents did not support the insect control method.

The 18-question, self-administered survey was conducted among residents of Key Haven, a neighborhood outside Key West, between July 20 and Nov. 1 last year — before Zika virus began making headlines. 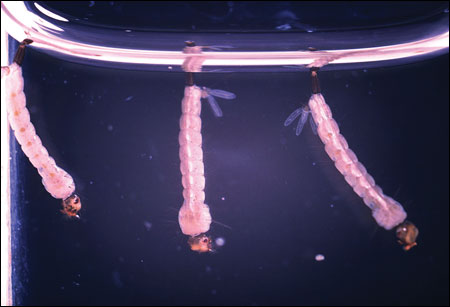 Figure 1. Aedes aegypti mosquito larvae. A proposed mosquito-control plan in the Florida Keys
would distribute genetically engineered A. aegypti males to produce off spring that do
not survive past the late larval or early pupal stage.

The mailed survey mentions dengue and chikungunya viruses, but not Zika.

“Our research provides a starting point to understand how the community feels and to begin a dialogue about how to address mosquito-borne diseases,” researcher Meghan McGinty, MPH, MBA, a recent PhD recipient from the Johns Hopkins School of Public Health, said in a news release.

Key Haven is the site of a planned program to release millions of male Aedes aegypti mosquitoes that have been genetically engineered to produce offspring that do not survive past the late larval or early pupal stage.

A. aegypti is the main vector of Zika, dengue, chikungunya and yellow fever, and a prime target of mosquito control measures aimed at limiting the spread of vector-borne diseases.

The genetically engineered mosquitoes are a product of British biotechnology company Oxitec, which has partnered with the Florida Keys Mosquito Control District (FKMCD) to get approval from the FDA for the field trial in Key Haven. In March, the FDA released a preliminary finding of no significant impact (FONSI) that supported an environmental assessment (EA) conducted by Oxitec.

According to the FDA, Oxitec showed that a field trial would have “negligible” impacts on human and animal health — male mosquitoes do not bite people — and a “largely negligible” impact on the ecosystem. The EA concluded that it was “extremely unlikely” the mosquitoes, known as strain OX513A, and their offspring would persist at the site or spread beyond the boundaries of the trial.

The OX513A mosquitoes are expected to die off at the end of their natural lifetimes — about 2 days — and the wild A. aegypti population should recover to pre-trial numbers, the FDA said. Before allowing the field trial, the agency currently is reviewing thousands of public comments about the EA and FONSI and plans to issue a final EA and FONSI, or an environmental impact statement, “as expeditiously as possible,” according to Siobhan DeLancey, MPH, an FDA spokeswoman.

“Because this is a first-of-its-kind application, the FDA understands how important the public comment period process is,” DeLancey told Infectious Disease News. “While we cannot speculate on a time frame for completing the environmental review for the proposed field trial, please note that this is a top priority for the FDA.”

Once the process is complete, Oxitec and the FKMCD would decide when to start a field trial, DeLancey said. Residents of Key Haven will have an opportunity to vote on the proposed project in August after the FKMCD voted unanimously in April to add a question to the primary ballot.

A lack of support

Meanwhile, the findings of the survey conducted last year in Key Haven were published recently in PLoS Currents: Outbreaks. The survey was mailed to all 456 households in the community and elicited 89 responses, of which 88 were analyzed. Not all respondents answered every question on the survey.

While 51% (n = 42) of the respondents to one question either strongly agreed or agreed that mosquitoes were a nuisance where they live, and 79% (n = 67) said there is a need to reduce the insect population, only 42% (n = 36) of respondents who answered were either neutral or said they support or strongly support using genetically modified mosquitoes as a means of control.

“The survey provides a baseline of information about residents’ attitudes and concerns and can help health officials better educate the public about the risks and benefits of these genetically modified mosquitoes,” researcher Crystal Boddie, MPH, a DrPH candidate at the Bloomberg School’s department of health policy and management, said in the news release. “Then we need to have an honest conversation about where this control method does — or does not — fit in.” – by Gerard Gallagher

Disclosures: DeLancey is a spokeswoman for the FDA. The researchers report no relevant financial disclosures.