BOSTON — Although citywide monitoring shows an improvement in the water quality in Flint, Michigan, pathogenic forms of Legionella are still being cultured from samples, and researchers say continued vigilance is needed to help prevent another outbreak of Legionnaires’ disease as the weather gets warmer.

Genesee County, which encompasses Flint, experienced two clusters of Legionnaires’ disease in 2014 and 2015 after the city switched its primary water source from the Detroit water system to the more corrosive Flint River. Ninety-one people were infected overall in the outbreak and 12 died.

Since Oct. 15, 2015, when Flint was reconnected to the Detroit water system, the city has seen an improvement in its water quality, according to researchers who are testing for Legionella as part of a larger project studying Flint’s water.

“It’s pretty clear that it’s a different water going through and it’s treated better than it was in the fall,” Otto Schwake, PhD, research scientist in the department of civil and environmental engineering at Virginia Tech, said during a news conference at ASM Microbe.

‘Built to live in water’

Legionnaires’ disease, a deadly form of pneumonia, is the leading cause of drinking water-related outbreaks in the United States and has a mortality rate of around 9% — very high for a water-borne disease, Schwake said. Legionella is “built to live in water,” he said, especially in engineered systems and particularly when heat is involved. Humans can become infected with Legionella in two ways — through respiration and aspiration.

Schwake is part of the research group that identified high levels of lead contamination in Flint’s water supply last year — an issue that received more attention than the outbreak of Legionnaires’ disease for several reasons, according to Schwake and another member of the research team, Amy Pruden, PhD, professor in the department of civil and environmental engineering at Virginia Tech. 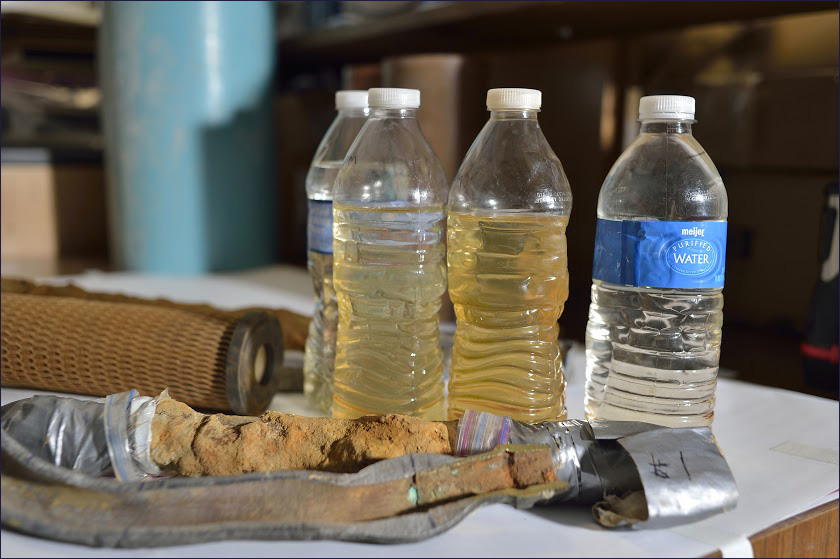 “Legionnaires’ disease is more complex than lead poisoning,” Pruden said during the news conference. “We’ve known lead is toxic since the time of the Romans. It’s pretty straightforward.”

Before the city was switched back to the Detroit water system, the researchers monitored Flint water for Legionella by collecting tap samples from homes, businesses and hospitals in August and October. They collected samples again in March, several months after the switchover, and compared them with the earlier results. As a control, they also tested water from buildings in areas surrounding Flint, including Flint Township, which never switched off the Detroit water supply.

Two water samples were collected at each outlet: one cold water sample taken immediately after the tap was turned on, and one hot water sample taken after letting the water run for 60 seconds. Temperature and pH levels were measured on site, and metal concentration analyses were performed in a lab. In March, they began cultivating Legionella, a step that was added to confirm potentially pathogenic forms of the bacteria and allow them to collect isolates that can be compared with those from other outbreaks. They are studying the isolates for genes that are linked to pathogenic forms of Legionella, including L. pneumophila, which causes about 90% of Legionnaires’ disease. So far, they have observed L. pneumophila in about half of their samples from large and small buildings, Schwake said.

In large buildings, and one hospital in particular, the concentration and number of positive results for Legionella decreased between November and March, although the results were still high compared with other similar studies in the U.S. Nearly 90% of the water outlets in one building were still positive for Legionella, Schwake said.

In small buildings, the percentage of positive samples decreased “substantially,” he said, but the average concentrations were similar in November and March.

“The improved water quality that we and other groups are seeing in Flint has played a role in reducing the Legionella numbers,” Schwake said. “But the caveat is that Legionella likes hot temperatures. In March, when it’s still snowing in Flint, the tap water is still cold and that could have impacted our numbers. So it will be very critical to continue monitoring the system going forward into the hot months.”

Cases of Legionnaires’ disease on the rise nationally

The CDC recently reported that the number of Legionnaires’ disease cases in the U.S. quadrupled from 2000 to 2014 to about 5,000 per year. The government agency says most of the cases can be prevented with improvements in water system management. 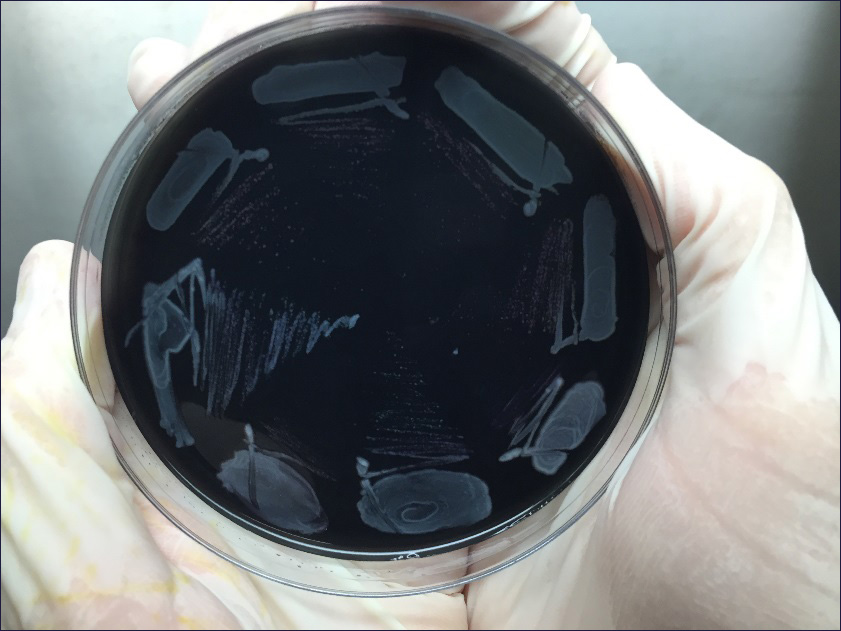 Figure 1. Eight strains of Legionella isolated from a health care center in Flint, Michigan, in March.

In May, free water was provided to residents to flush out their pipes, which should have improved the situation, Schwake said. This month, Schwake and Pruden’s group will begin a study focusing on home water heaters in Flint and whether flushing or replacing them will solve the Legionella problem. They will collect warm-weather samples of Flint water in August to test the hypothesis that levels of Legionella should not return to those seen during the outbreak.

In the meantime, Schwake urged that patients who have pneumonia or symptoms of pneumonia see a doctor to be tested for Legionnaires’ disease.

“We need to be cautious with our work because another outbreak like this could be devastating,” Schwake said.

Flint water is being monitored extensively for lead contamination and, as of April, was still unsafe to drink without using an appropriate filter, Schwake said. As for its safety in terms of Legionella contamination, more testing is needed.

“A nonzero risk exists,” he said. “Is it higher than other cities? Possibly. Is it major concern like it was in previous years? Probably not.”

Pruden said it would be hard to prove that the switchover to the Flint River as a water supply caused the clusters of Legionnaires’ disease in Genesee County because isolates were not collected from community pipes.

“Our goal is not to say the Flint River caused these outbreaks,” Schwake said. “I don’t know if that will ever be possible.” – by Gerard Gallagher

Flint experienced a confluence of events that caused a dramatic water quality disturbance producing conditions ripe for Legionella to grow and ultimately cause cases of Legionnaires' disease throughout Genesee County. While it is correct to say that a definitive scientific/causal link cannot be made due to the failure to test the water for Legionella, it is epidemiologically and microbiologically plausible that the change in water quality is the cause of the outbreak of Legionnaires' disease in Flint, Michigan. Cases appeared shortly after the switch from the [Detroit water system] to the river water. Increases in organic content and corrosion byproducts interfered with disinfectant efficacy and allowed Legionella and other microbes to grow within the system and in buildings and hospitals served by this water.