Researchers believe they have found a way to take some of the guesswork out of assembling the seasonal influenza vaccine.

“This is the first demonstration that one can accurately anticipate in the lab future seasonal influenza strains,” Yoshihiro Kawaoka, PhD, DVM, MS, professor of virology at the University of Wisconsin-Madison, said in a news release. “We can identify the mutations that will occur in nature and make those viruses available at the time of vaccine (virus) candidate selection.” 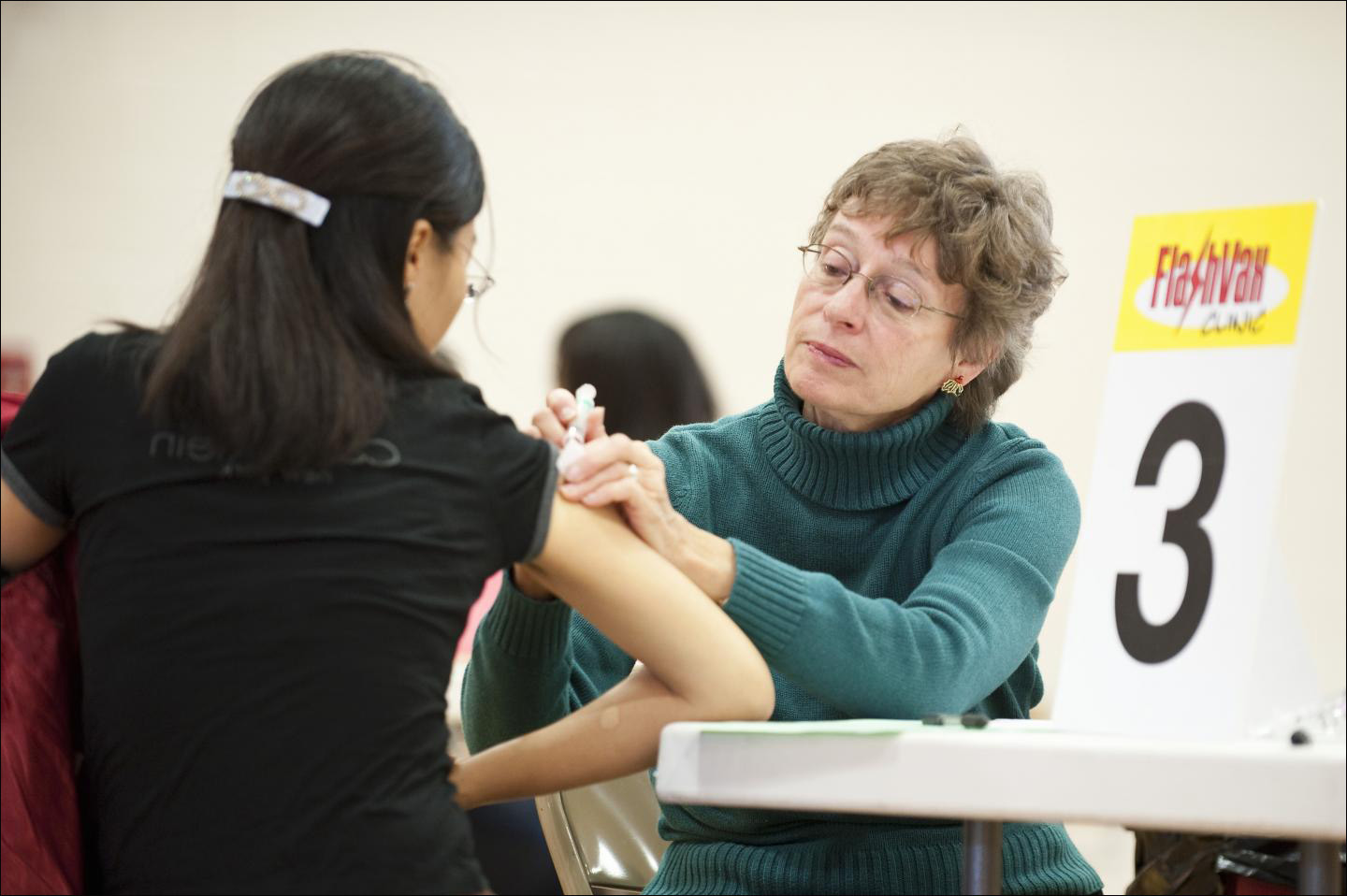 Figure 1. A student receives an influenza vaccine from a University of Wisconsin-Madison nurse. Researchers believe they have found a way to take some of the guesswork out of selecting influenza vaccine virus strains.

Each year, WHO recommends the virus components for the upcoming season’s influenza vaccine. According to Kawaoka and colleagues, the current process is based on comparisons of sequence and antigenic data available at the time of WHO’s consultations on vaccine strain selection. This leads to uncertainty about whether the vaccine will protect against the next epidemic strain, they wrote.

Indeed, influenza vaccine effectiveness varies annually. A preliminary report by the CDC in late February showed that the 2015-2016 influenza vaccine was 59% effective. However, in 2014-2015, a majority of the circulating influenza A (H3N2) viruses — the most prevalent subtype — did not line up with the vaccine’s H3N2 component, leading to a vaccine that the CDC said was just 23% effective.

According to Kawaoka and colleagues, a lengthy production timeline may contribute to low effectiveness. To allow enough time for the vaccine to be manufactured, strains are selected more than 6 months before the onset of influenza season — too early to detect novel antigenic clusters that have not yet emerged or have not yet been recognized, Kawaoka and colleagues wrote.

In an attempt to improve the process, they assembled libraries of human H1N1 and H3N2 influenza strains from clinical isolates that possessed various natural, random mutations in the hemagglutinin (HA) protein, which is what allows viruses to continue to circulate. Mixing the viruses with antibodies allowed the researchers to identify those that had mutated enough to evade the antibody. By knowing the virus sources, Kawaoka and colleagues mapped the patterns of mutation by using antigenic cartography, a method of visualizing and analyzing hemagglutination inhibition data.

According to the release, Kawaoka said the mapping identifies clusters of viruses featuring novel mutations that can effectively predict the molecular characteristics of the next seasonal influenza virus. The prediction, he said, could be used to more effectively develop the world’s influenza vaccine stockpile.

“These in vitro selection studies are highly predictive of the antigenic evolution of H1N1 and H3N2 viruses in human populations,” Kawaoka and colleagues wrote. “Hence, a limited number of experimental antigenic screens may be sufficient to identify potential future clusters. We cannot predict the HA sequence of the next epidemic strain, and (compensatory) mutations in [neuraminidase] may also affect antigenicity; however, our data may be sufficient to predict the next antigenic cluster for proactive vaccine development.”

WHO said it advocates efforts to predict or project emerging influenza viruses to support making the vaccine.

‘The application of the findings could potentially provide valuable information to support the decision making of selecting vaccine viruses, though this requires the addressing of complexities in the real world, for example multi-antigenic groups emerging or circulating and timing issues,” Gregory Härtl, WHO spokesman, told Infectious Disease News. – by Gerard Gallagher

Disclosure: Härtl is a spokesman for WHO. The researchers report no relevant financial disclosures.