Zoonotic infections may linger undetected for years before human outbreaks

Recent findings published in BioScience suggest that diseases may persist undetected in an animal population for months or years before causing an outbreak among humans, indicating the epidemiology of zoonotic diseases may be more complex than previously understood.

“Zoonotic spillovers [from animals to humans] can be difficult to predict because they result from complex multifaceted ecological interactions and often exhibit patterns of sporadic epidemics that affect local host populations, interspersed by periods of ‘disappearance’ into long-term quiescent phases of cryptic persistence in unknown reservoirs,” Dan Salkeld, PhD, ecologist and epidemiologist at Colorado State University, and colleagues wrote. “These events do not lend themselves to accurate disease forecasting and prediction.” 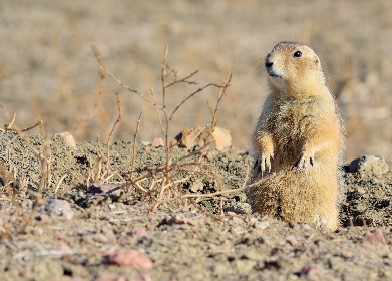 Figure 1. Researchers found that Y. pestis activity can linger in prairie dog colonies 6 to 15 months before an outbreak.

The ongoing Middle East respiratory syndrome coronavirus and Ebola virus outbreaks underscore the need to investigate conditions that cause outbreaks in order to control their size and frequency, the researchers wrote. Salkeld and colleagues used the emergence and transmission of Yersinia pestis among prairie dog colonies in the Great Plains of North America as a model to illustrate how disease ecology can predict the emergence of zoonotic pathogens.

Previously, evidence of plague patterns suggested that Y. pestis caused rapid prairie dog-colony extinction in a matter of 6 to 8 weeks. The bacterium was thought to have persisted in alternate hosts that shared the same habitat or in nearby sites, occasionally infecting prairie dogs.

During a recent investigation, a PCR analysis of prairie dog fleas in northern Colorado showed that plague activity in colonies can begin 6 to 15 months before prairie dog mortalities are evident enough to signal an outbreak. The researchers theorized that slow pathogen transmission may be linked to vaccinations and the use of insecticides in prairie dog burrows. Using a spatially explicit agent-based model, they also found that outbreaks tend to occur at the peak of plague activity in colonies, lasting for several months to years with possible disease fade-outs.

“Taken together, these observations suggest that Y. pestis transmission can occur at low rates without widespread mortality, making pathogen activity difficult to observe,” Salkeld and colleagues wrote. “However, if plague activity begins several months before causing a colony’s extinction, then a broader window of opportunity exists for prairie dogs to disperse between colonies, thereby spreading Y. pestis.”

The researchers evaluated data from molecular genetic analyses of Y. pestis to determine how far and often plague spreads. The analyses revealed locally confined genotypes, suggesting local transmission. The genetic evidence contradicts the hypothesis that plague is transmitted from a distant reservoir, such as the Rocky Mountain foothills, according to the researchers.

While plague persists in prairie dog colonies, several studies have shown that carnivores such as coyotes and swift foxes that prey on prairie dogs are frequently exposed to plague and carry the flea species found on prairie dogs. The role of carnivores in the spread of plague likely vary, depending on the species, according to the researchers. Grasshopper mice, which have also been known to become infested with plague-carrying fleas during outbreaks, may be another catalyst of disease transmission. Although there is scant evidence to discern whether plague is introduced from grasshopper mice or prairie dogs, no seropositive grasshopper mice have been found on or outside of prairie dog colony sites without recent plague activity.

After demonstrating that disease outbreaks are sporadic and difficult to predict, Salkeld and colleagues suggested that investigations launched after a human outbreak may overlook the wildlife species that initially carried the disease.

“The inherent difficulty in studying rare pathogens prior to noticeable outbreaks is understated, but greater recognition that outbreaks are the zenith of longer-term, possibly cryptic transmission dynamics may allow improved insights into a pathogen’s persistence and dynamics by motivating the monitoring and surveillance of wildlife populations prior to outbreaks,” they wrote. “A misplaced focus on a single animal host species may nullify efforts to create useful early warning monitoring programs, especially if the chosen sentinel species is more indicative of post-outbreak exposure as opposed to pre-outbreak transmission dynamics.”

In the case of Ebola virus, the researchers question whether seropositive fruit bats are responsible for the outbreak in West Africa, or if there is another unidentified reservoir that has been overlooked. Kartik Chandran, PhD, associate professor of microbiology and immunology and the Harold and Muriel Block Faculty Scholar in Virology at Albert Einstein College of Medicine, and colleagues recently showed evidence that African straw-colored fruit bats may have evolved to resist Ebola virus infection and are an unlikely source of infection.

“We found that a very small sequence change in the NPC1 gene in African straw-colored fruit bats can make this type of bat seemingly resistant to Ebola,” Chandran told Infectious Disease News. “This is the type of genetic signature that you might expect to see in a viral reservoir host. Looking for signatures like this and linking them to Ebola in other kinds of animals could give us some hint as to what the reservoirs might be.”

Salkeld and colleagues concluded that their findings are merely “educated guesses,” but are important for public health and conservation. They encouraged disease monitoring before, during and after an outbreak occurs in humans.

“To be successful, the surveillance and control of zoonotic pathogens must accurately capture the dynamics of disease risk and spread — and do so at a local scale,” they wrote. – by Stephanie Viguers