Artemisinin resistance in Plasmodium falciparum malaria has emerged across much of Myanmar, recent data suggest.

Should resistance to the frontline treatment for malaria spread to neighboring India, it would place thousands of lives at risk and jeopardize global control of the disease, according to researchers.

“Myanmar is considered the frontline in the battle against artemisinin resistance as it forms a gateway for resistance to spread to the rest of the world,” Charles Woodrow, MD, PhD, of the Mahidol-Oxford Tropical Research Unit at Oxford University, said in a press release. “With artemisinins, we are in the unusual position of having molecular markers for resistance before resistance has spread globally. The more we understand about the current situation in the border regions, the better prepared we are to adapt and implement strategies to overcome the spread of further drug resistance.”

Woodrow, along with Kyaw M. Tun, MD, of the Defense Services Medical Research Centre in Naypyidaw, Myanmar, and colleagues studied parasite samples collected at 55 malaria treatment centers across Myanmar and border regions in Thailand and Bangladesh from 2013 to 2014. The researchers examined whether the parasites carried mutations in the propeller region of the K13 kelch gene — a known marker for artemisinin resistance in P. falciparum.

Their findings were recently published in The Lancet Infectious Diseases. 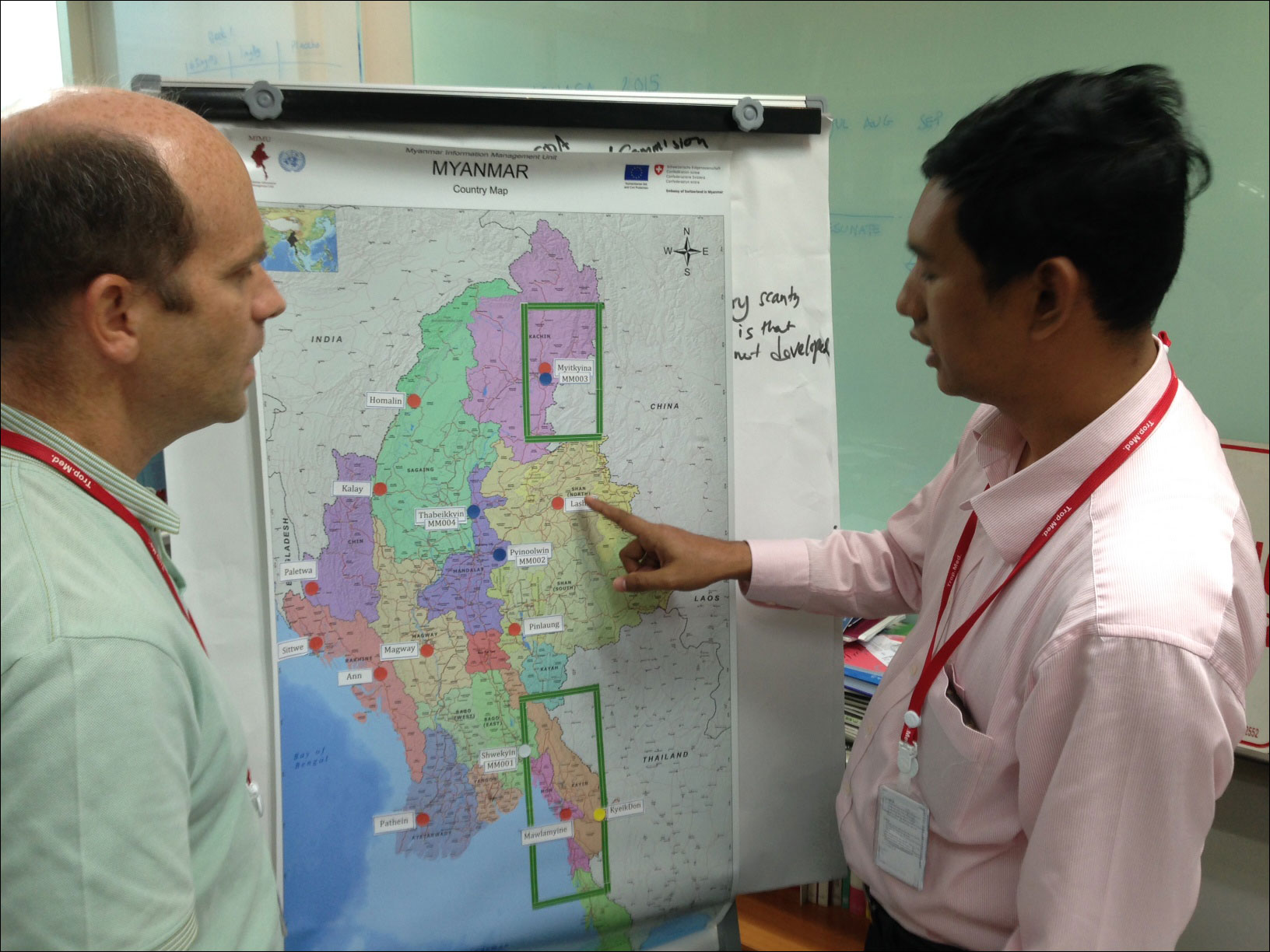 Of the 940 samples from which the team obtained DNA sequences, 39% carried the K13 mutation. In seven of the 10 administrative regions of Myanmar, the combined K13 mutation prevalence was 20%, the researchers said.

Tests confirmed that resistant parasites were located in Homalin, Sagaing Region — only 25 kilometers from the Indian border — where 47% of the samples demonstrated resistance to artemisinin.

“We were able to gather patient samples rapidly across Myanmar, sometimes using discarded malaria blood diagnostic tests and then test these immediately for the K13 marker, and so generate real-time information on the spread of resistance,” study researcher Mallika Imwong, PhD, of Mahidol University’s Faculty of Tropical Medicine in Bangkok, said in the release.

The researchers were able to map the extent of artemisinin resistance based on the prevalence of K13 mutations, discovering that the overall prevalence of resistance exceeded 10% in the east and north of Myanmar.

In the 1960s, drug-resistant parasites spread from Myanmar to India, where it went on to spread to the rest of the world, killing millions of people, according to Mike Turner, head of infection and immunobiology at the Wellcome Trust.

“The new research shows that history is repeating itself with parasites resistant to artemisinin drugs, the mainstay of modern malaria treatment, now widespread in Myanmar,” Turner said in the release. “We are facing the imminent threat of resistance spreading into India, with thousands of lives at risk.”

Because artemisinin-based treatments are failing as a result of the rapid spread of drug resistance, the researchers said malaria treatment must be revised, including treatment duration and use of partner drugs.

“The pace at which the geographical extent of artemisinin resistance is spreading is faster than the rate at which control and elimination measures are being developed and instituted, or new drugs being introduced,” they wrote. “A vigorous international effort to contain this enormous threat is needed.”