From A to C: A Brief History of the Discovery of HCV 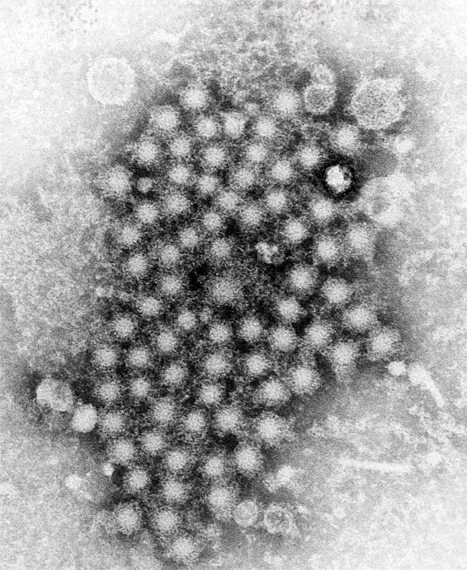 It has taken decades to reach the overwhelmingly positive sustained virologic response rates reported with the current generation of therapies for hepatitis C virus.

Hepatitis A and B had long been identified before the research community was able to isolate and identify HCV. Once the virus was isolated and word began to spread in the late 1980s and early 1990s, clinicians were forced to use the only tool they had at the time, interferon-based treatments, which were were marked by low response rates and adverse events.

This continued through the turn of the millennium and well into the 2000s. The past 5 years, however, have been marked by one breakthrough after another. First was the development of early-generation direct-acting antivirals (DAAs) such as telaprevir (Incivek, Vertex) and boceprevir (Victrelis, Merck). Then came the next-generation treatments, including sofosbuvir (Sovaldi, Gilead) and simeprevir (Olysio, Janssen Therapeutics), with many more possibilities on the horizon. Recent data presented at the International Liver Congress in April demonstrated 12-week sustained virologic response (SVR12) rates upward of 90% in one study after another. However, challenges remain, namely in the form of cost and access to the current generation of drugs.

HCV Next spoke with a number of experts to follow the course of HCV from its beginnings through today.

During his tenure as chief of the infectious disease section at the National Institutes of Health in the 1970s, Harvey J. Alter, MD, and colleagues found that neither hepatitis A nor hepatitis B caused most cases of the disease that occurred after transfusion. There was some understanding that this pathogen was hepatitis, but since it was not properly isolated, the clinical community called it non-A, non-B hepatitis, or NANBH.

Despite extensive research efforts, the virus remained elusive for a decade.

The first breakthrough came in 1987, when researchers from the Chiron Corporation, including Michael Houghton, PhD, Qui-Lim Choo, PhD, and George Kuo, PhD, collaborated with Daniel W. Bradley, PhD, at the CDC, to develop a diagnostic test using a molecular cloning approach. Alter confirmed the virus in 1988, and then in 1989, two papers published in Science, one by Choo and the other by Kuo, heralded the discovery of HCV.

Houghton, who is currently at the department of medical microbiology and Immunology at the University of Alberta, Canada, described the process by which this community of experts isolated the virus in a 2009 paper in the Journal of Hepatology .

Numerous molecular approaches were explored, including the screening of tens of millions of bacterial cDNA clones derived from [biological samples],” Houghton wrote. “While this early genomics approach resulted in the identification of many host gene activities associated with NANBH, no genes of proven infectious etiology could be identified.”

The research community also conducted a complete molecular characterization of the hepatitis viral genome, according to Houghton. However, this approach failed to turn up a molecular handle for the virus.

Largely following input from Dr. Kuo, I initiated a blind cDNA immunoscreening approach involving the large-scale screening of bacterial proteomic cDNA libraries derived from NANBH-infectious chimpanzee materials (prior to the development of PCR technology) using sera from NANBH patients as a presumptive source of viral antibodies,” Houghton wrote. “Eventually, this novel approach to identifying agents of infectious etiology led to the isolation of a single small cDNA clone that was proven to be derived from the HCV genome using various molecular and serological criteria.”

Through this discovery period and into the early attempts to treat HCV, estimates of incidence rates varied. There may have been as many as 180,000 cases per year in the mid-1980s. Approximately 90% of NANBH cases may have been caused by HCV, according to findings shortly after the virus was cloned.

Incidence rates dropped to approximately 30,000 new cases per year by 1995. Experts attribute this decline to increased awareness and fear surrounding HIV and the proliferation of harm reduction programs.

The first interferon alfa therapy for HCV, Schering’s Intron A, was approved by the FDA in 1991. Approval of an interferon by Roche followed in 1996. In 1997, a consensus interferon by Amgen received approval.

Donald M. Jensen, MD, professor of medicine and director of the Center for Liver Diseases at University of Chicago Medical Center, recalled this period in an interview with HCV Next. “In the ’80s, there were clinical trials with interferon,” he said. “Rush University was one of five or 10 sites doing trials for both HBV and HCV.”

Around this time, the research community was investigating ribavirin as a potential agent against HIV, but it showed no activity. However, the drug showed activity in flaviviruses, so in 1998 the FDA approved Rebetron for the treatment of HCV, which was composed of Intron A plus ribavirin.

Jensen said similar to many institutions, Rush University shifted its focus to HCV in the early 1990s. “We were doing trials with Schering and Roche, the major players at that time,” he said. “During the course of the ’90s, we did a lot of HCV trials with and without ribavirin.”

Members of the research community knew that there was a protease enzyme in the HCV virus, according to Jensen. “From about the late 1990s forward, there was work to identify the HCV protease enzyme,” he said. “Unfortunately, the development of those inhibitors was difficult. It was not as easy as it was for HIV.”

Doris Strader, MD, professor of medicine in gastroenterology and hepatology in the University of Vermont department of medicine, faced challenges of her own in the clinic. “When I began my career in the mid-90s, we had a relatively large liver clinic at the Veterans Affairs Medical Center in Washington, D.C., and treated many patients with HCV,” she said in an interview. “We had just begun to work with interferon and ribavirin upon my arrival, as the response rates with interferon-alone had been so dismal (approximately 10%). At that time, patients were receiving interferon injections three times weekly, and many had the now well-known side effects, including neutropenia, thrombocytopenia, worsening depression/anxiety, suicidal ideation/attempt, anemia and so on.”

Many agents were tested and cast aside through the 2000s, according to Jensen. “There were better strategies for HCV genotypes 2 and 3,” he said. “But really it wasn’t until 2008 to 2010 with telaprevir and boceprevir in clinical trials that we began to see the advent of direct-acting antivirals.”

According to Strader, “the introduction of telaprevir and boceprevir marked a major turning point in the philosophy of anti-HCV therapy.” Creating potential therapeutic targets to directly attack the virus rather than those that would augment the immune system was critical. Two new concepts, rapid virologic response (RVR) and extended RVR, helped the clinical community predict success or failure of treatments.

From 2008 to the approval of telaprevir and boceprevir in May 2011, a number of other companies became involved in drug discovery, according to Jensen. Abbott split to AbbVie. Boehringer Ingelheim, Gilead, Idenix, Tibotec, Merck and Vertex all developed compounds, and later, Achillion joined the pursuit. This flurry of activity resulted in the current state of HCV treatment: overwhelmingly positive response rates accompanied by a hefty price tag.

Jensen discussed this in terms of Gilead’s purchase of the compound that became sofosbuvir.

“Gilead bought that compound for $11.4 billion,” he said. “If you look back on that time, there was a lot of concern that they paid too much money for a single compound. Clearly, it was a wise decision, but it may have scared off a number of players in the field. Some companies are choosing to phase out development. That led us to where we are today.”

The adverse event profile associated with interferon was one of the most significant challenges for both the clinical and patient communities in the early days, Strader told HCV Next.

“This affected not only the patients on treatment, but also their families,” she said. “Potential treatment candidates would occasionally delay or refuse treatment based on the reported poor experience of others. The impact of this in my practice cannot be overstated, as I, like most hepatologists, had many lengthy conversations with patients and family before and during treatment.”

The conversations became easier once protease inhibitors moved onto the scene, according to Strader. Predicting positive responses with fewer adverse effects helped doctors and patients move forward with treatment.

Beyond the clinic, another key challenge faced by patients and the clinical community was access to care. “Many patients with HCV suffer with substance abuse issues, are estranged from their families, are poor, uninsured and/or live on the fringes of society,” she said. “It had always been a challenge to reach these patients, particularly when patients were unaware of their infection, confused about the risks of untreated HCV, worried about the side effects of therapy and unable to find a local clinic that could provide information.”

Today, the patient advocacy voice is much stronger. The main discussion surrounds the cost of current therapies.

“My primary interest is in being able to provide all of my HCV-infected patients with the standard of care in treatment,” Strader said. “While I applaud the pharmaceutical industry’s efforts to provide financial assistance to patients, the process is often laborious and lacks transparency. I don’t think I am alone in my concern that while on the threshold of a cure for HCV, we may be simultaneously setting up the biggest obstacle toward achieving that goal.” – by Rob Volansky