One dose of the HPV vaccine appeared to be as effective as multiple doses in preventing preinvasive cervical disease among adolescents vaccinated between ages 15 and 19 years, according to results of a retrospective study published in Cancer.

“This study shows the impact of vaccinating at younger ages and its lasting long-term protection against cervical cancer,” Ana M. Rodriguez, MD, MPH, assistant professor in the department of obstetrics and gynecology at The University of Texas Medical Branch, said in a press release. “It is important to educate parents about the need to vaccinate their children.”

HPV is the most common sexually transmitted infection in the United States. Certain high-risk genotypes of the virus have been casually linked to the development of cervical cancer.

The CDC recommends all boys and girls aged younger than 15 years receive a two-dose schedule of the HPV vaccine. 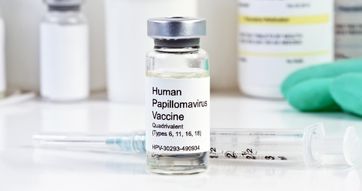 HPV is the most common STI in the United States
Source: Adobe

Rodriguez and colleagues retrospectively analyzed 133,082 females (vaccinated, n = 66,541; unvaccinated, n = 66,541) aged 9 to 26 years to determine the association of one, two and three or more doses of the quadrivalent HPV vaccine, or 4vHPV (Gardasil, Merck) — selected for study as it was the most common vaccine provided during the study period, between January 2006 and June 2015 — with cumulative incidence rates of histopathologically confirmed cervical intraepithelial neoplasia and high-grade cytology.

Researchers stratified those vaccinated by number of doses received and age of vaccine initiation, and matched the vaccinated and unvaccinated subjects according to age, location, sexually transmitted disease history and pregnancy.

All females received a Pap test at least 1 year after the date of each matched case’s final dose.

Researchers used Cox proportional hazards to study correlations between number of doses and preinvasive cervical disease incidence and high-grade cytology, and the Kaplan-Meier method to estimate cumulative incidence rates after 5 years of follow-up.

Further, 2.65% of unvaccinated females in this age group had preinvasive cervical disease by year 5, compared with 1.62% in the one-dose group, 1.99% in the two-dose group and 1.86% in the three-dose group.

The retrospective nature of the study served as a limitation.

“Our findings showed a similar degree of association between varying doses of 4vHPV vaccines and preinvasive cervical lesions among adolescents who received the vaccine between the ages of 15 and 19 years,” Rodriguez and colleagues wrote. “HPV-related disease remains a significant source of morbidity and mortality in both developed and developing countries, and this underscores the need to increase vaccine coverage to effectively reduce HPV infection and disease.”

These data add to growing evidence that suggests no major difference exists in protection against cervical preinvasive lesions with one to three doses of the HPV vaccine, according to an accompanying editorial written by Julia M. L. Brotherton, PhD, MPH, BMed, medical director of the National HPV Vaccination Program Register and public health physician at the Melbourne School of Population and Global Health in Australia, and Karin Sundström, MD, PhD, cancer epidemiologist and project coordinator in the department of laboratory medicine at Karolinska Institute in Sweden.

“The consistency of this finding, despite the diversity of settings and analytic approaches, gives the one-dose effectiveness hypothesis further credibility,” Brotherton and Sundström wrote. “The strong immunogenicity of the vaccines may be underpinned by the antigen display provided by the virus-like particles, which provide spacing of the antigen to the immune system that is equivalent to antigen presentation by the actual virus.” – by John DeRosier