An FDA panel did not recommend immediate restrictions on breast implants following reports of implant-associated anaplastic large cell lymphoma in 457 women, instead calling for more data.

The FDA’s General and Plastic Surgery Devices Advisory Panel convened for a 2-day meeting to discuss the long-term risks and benefits of breast implants for breast augmentation and reconstruction. The first day focused on breast implant-associated anaplastic large cell lymphoma (BIA-ALCL), a rare type of lymphoma that grows in the scar tissue surrounding the breast. Also addressed at the meeting were concerns of thousands of women who attributed symptoms such as debilitating joint pain and fatigue to breast implants.

In 2011, the FDA first reported a possible correlation between this cancer and breast implants, and WHO subsequently recognized the condition as BIA-ALCL.

The FDA has maintained that there is no connection between breast implants and chronic illnesses, but recently signaled it was weighing their risks and benefits. 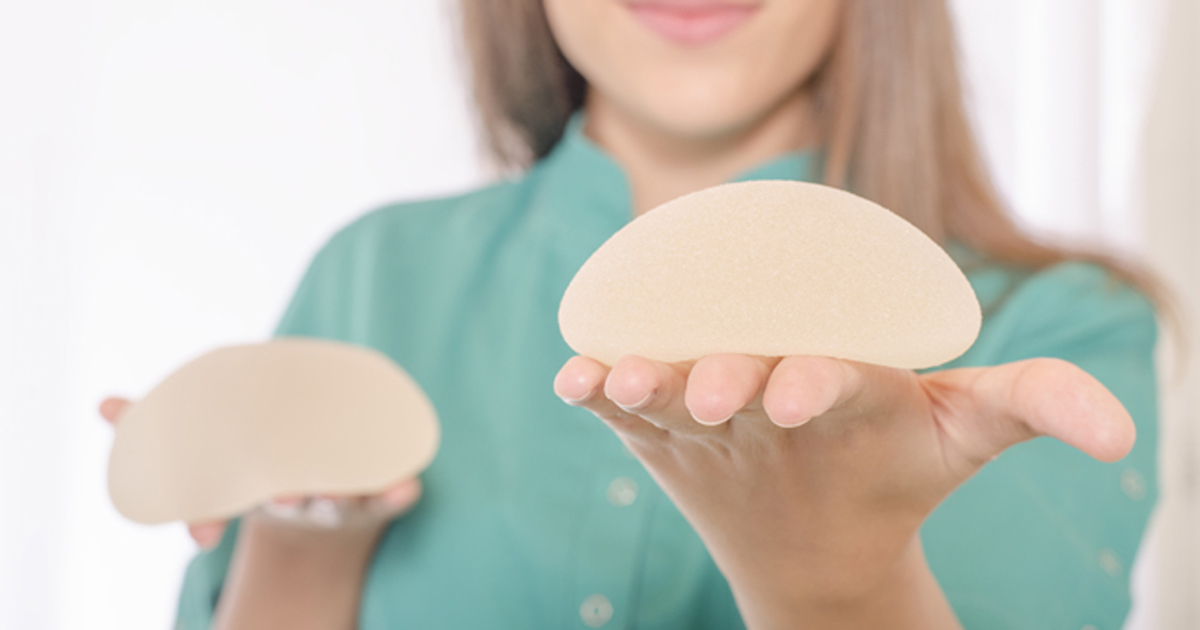 In a statement released earlier this month, the FDA noted the “vast majority” of patients with implanted medical devices do not experience adverse events.

“However, a growing body of evidence suggests that a small number of patients may have biological responses to certain types of materials in implantable or insertable devices,” the agency stated. “For example, they develop inflammatory reactions and tissue changes causing pain and other symptoms that may interfere with their quality of life.”

Textured breast implants have been identified as being particularly linked to BIA-ALCL and other illnesses, but panelists clarified that the true number of cases linked to smooth implants is not fully known. The meeting included testimony from women who have reported BIA-ALCL and other illnesses associated with implants, as well as representatives of breast implant manufacturers.

“This meeting occurs against a backdrop of several notable actions taken by international regulators as they continue to consider the benefits and risks of breast implants,” Binita Ashar, MD, a general surgeon and member of the FDA’s Center for Devices and Radiological Health, said at the meeting. “Over the past couple of months leading up to this meeting, FDA has been meeting with patient groups to hear their concerns regarding breast implant regulation and the communication around implant complications and risk. We are asking the panel to keep at the forefront the things patients considering breast implants should know, in addition to medical device adverse event reports and patient registries.”

Approximately 400,000 women receive breast implants in the U.S. each year, including about 100,000 women who undergo reconstructive surgery following treatment for breast cancer.

Estimates of BIA-ALCL incidence range from one in 3,000 women to one in 30,000. Twelve deaths have been linked to the disease, which is typically slow growing and can be treated by removing the implants.

The FDA temporarily pulled silicone gel implants — the most commonly used implant in the U.S. — off the market in 1992 due to fears they might increase risk for breast cancer, lupus and other illnesses. However, they returned to the market in 2006 after additional studies did not confirm an increased risk.

FDA has relied on postapproval studies to evaluate the long-term safety of the implants.

“While we know that the industry-sponsored postapproval studies have issues related to postapproval study compliance, we were working with manufacturers to analyze the available data,” Ashar said. “FDA asks each manufacturer to provide its long-term data regarding a constellation of breast cancer illness symptoms.”

“We welcome the opportunity to discuss the important topics that we’re going to discuss over the next few days,” Manson Brown said. “We are committed to the health of patients, understanding science, and providing transparent communication to surgeons and patients.”

Manson Brown said Allergan’s breast implants are supported by significant clinical evidence, including more than 500,000 patient-years from clinical studies and a body of published literature. She discussed Allergan’s ongoing Breast Implant Follow-up Study, which analyzes a 2,257-patient subgroup from the original large post-approval study cohort of more than 40,000 patients.

Manson Brown also spoke about the potential causes and prognosis of BIA-ALCL.

“Patients with BIA-ALCL can have an excellent prognosis when identified early and treated appropriately,” she said. “Although the range is broad and the etiology is not yet fully understood, literature reports that higher implant surface area may increase the risk [for] BIA-ALCL. The leading hypothesis centers around biofilm and there are three likely factors that contribute to this, including procedure, product and patient during a procedure.”

She recommended use of an enhanced, 14-point aseptic technique, which includes changing gloves between implant sites, soaking the implant in an antiseptic solution and a minimal touch approach.

“Mentor gel and saline breast implants are supported by long-term clinical data, including three 10-year prospective clinical trials,” Dauria said. “They’re sold in more than 80 countries and have been chosen by millions of women worldwide for over 30 years.”

She addressed the warning letter Mentor received about the memory shape implants, noting the company’s struggles with study enrollment.

“The memory shape implants are available with a textured surface only over the past several years,” she said. “The use of textured devices in the U.S. has decreased substantially, and Mentor has been challenged in enrolling this study group, despite taking steps to increase enrollment.”

Between August 2012 and March 2018, PROFILE received reports of 186 distinct cases of BIA-ALCL in the United States, according to an FDA report. However, complete and detailed case report forms have been received for only 89 (49%) of these cases. Efforts are ongoing to collect data on the remaining 97 reported cases.

Of the 89 cases with complete data, saline was the filler used in 39 women (44%), silicone was used in 46 (52%) and one woman had a combined silicone/saline implant. Three women had unreported filler type. At the time of diagnosis, 69 women (78%) had an implant with a textured shell, whereas five women (6%) had a smooth implant type.

Mark W. Clemens, MD, a member of the plastic surgery faculty at The University of Texas MD Anderson Cancer, reported on his institution’s experience with BIA-ALCL.

“We’ve treated 64 cases of BIA-ALCL at MD Anderson, with an average of 8 to 10 years to development of the disease from implantation,” Clemens said. “We recognized 152 unique and confirmed cases in the U.S., and the shortest time interval to development has been 2.2 years after implant.”

Clemens noted that the most commonly reported symptom has been delayed seroma, although capsular contracture of mass and overlying rash also have been reported. He noted that there is currently no testing or screening method for asymptomatic cases.

MD Anderson has treated an even mix of women with implants for cosmesis and augmentation, as well similar numbers of silicone vs. saline and augmentation vs. reconstruction.

Clemens said MD Anderson has formed a global network of physicians who are tracking confirmed and unique cases in 35 countries.

“We feel very comfortable that the pathology was known and that these were unique cases,” he said.

He said although all implant manufacturers were represented in documented cases, Allergan was overrepresented.

“Compared to all other manufacturers combined, Allergan Biocell had 7.1 to 8.3 times more,” he said. “Pertinent to the U.S. market, which is Allergan to Mentor, it is 9 to 32 times greater.”

Today, the FDA panel will make recommendations on studying and defining the risks for long-term chronic conditions with breast implants, following reports from thousands of women with chronic illnesses after receiving breast implants. – by Jennifer Byrne