A group of 250 scientists has signed a petition to the United Nations and WHO expressing “serious concern” regarding the health risks associated with electromagnetic fields emitted by wireless devices.

Data show electromagnetic fields — which are generated by wireless and electronic devices such as cellphones, cell towers, Wi-Fi, baby monitors and Bluetooth headphones — can affect humans and plant and animal life even at levels accepted by international and national guidelines. Children, in particular, may be more susceptible to the negative effects of electromagnetic fields.

WHO has called on nations to adopt guidelines on electromagnetic field exposure levels from the International Commission on Non-Ionizing Radiation Protection; however, because these guidelines “do not cover long-term exposure and low-intensity effects, they are insufficient to protect public health,” according to the appeal. 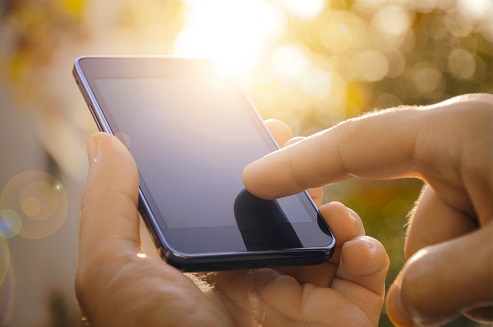 A group of 250 scientists has signed a petition to the United Nations and WHO expressing “serious concern” regarding the health risks associated with electromagnetic fields emitted by wireless devices.
Source: Shutterstock

“Part of the problem is that the government does not really want to regulate this industry,” Joel M. Moskowitz, PhD, director of the center for family and community health at University of California, Berkeley, and one of the scientists who signed the petition, told HemOnc Today.  “The tech companies have basically been given carte blanche to do what they want, and the exposure limits are far too high. The industry is in complete denial and hides behind government health agencies that are either blinded or completely ignorant about the health risks.”

The International Agency for Research on Cancer classification of extremely low frequency magnetic fields and radiofrequency radiation states that electromagnetic fields are a possible human carcinogen. Although WHO has adopted this classification, the organization has maintained that there is a lack of data to support lowering exposure limits.

The appeal calls for the United Nations Environmental Program to organize an independent multidisciplinary committee to evaluate alternatives to current practices that could reduce exposure to electromagnetic fields.

In their appeal, the scientists asked that children and pregnant women be protected; guidelines and regulatory standards be strengthened; manufacturers be encouraged to develop safer technology; the public be fully informed about the potential health risks and instructed on harm-reduction strategies; medical professionals be educated about the biological effects of electromagnetic energy; governments fund training and research on electromagnetic fields; and that radiation-free areas be established, among other requests.

“The hardest thing to alter is going to be our dependence on this technology, but I think it’s doable,” Moskowitz said. “I think the industry will come up with safer technologies if the government requires them to, but the key part here will be making people less dependent on wireless technology. Why not make cell phones just do what they’re supposed to do, which is make calls and send text messages?”

However, not all scientists agree with this assessment.

The scientists’ appeal has generated concern about Apple’s wireless headphones, AirPods — which emit electromagnetic fields within accepted levels — even though they were not a device specifically mentioned in the appeal.

Jerry Phillips, PhD, professor of biochemistry at University of Colorado and one of the scientists who signed the petition, said the placement of AirPods in the ear canal can expose tissues in the head to high levels radiofrequency radiation, according to a post on Medium.

However, AirPods use standard 0.01-watt Bluetooth, and a cell phone transmits 0.1 to 1 watts, Foster said.

“FCC records indicate that radiofrequency exposure from AirPods is far below their limits for cellphones and those measurements were done under ‘worst-case’ conditions that far overstate actual exposure under real-world circumstances,” he said. “Because the antenna sticks out from the ear and lies a half inch or so above the head, radiofrequency exposure is minimal, and is to the cheek area over the jaw. The device does not radiate energy into the ear.”– by Alexandra Todak and John DeRosier

Kenneth Foster, PhD, BS, can be reached at kfoster@seas.upenn.edu.

Joel M. Moskowitz, PhD, can be reached at jmm@berkeley.edu.