FDA: Studies linking cellphone radiation to cancer in rats should not be applied to humans

Findings from new federal reports that cite “clear evidence” of carcinogenic activity among rodents exposed to high levels of radiofrequency radiation like that used in some cellphones should not be applied to humans, according to an FDA official.

“Based on our ongoing evaluation of this issue, the totality of the available scientific evidence continues to not support adverse health effects in humans caused by exposures at or under the current radiofrequency energy exposure limits,” Shuren said. “We believe the existing safety limits for cellphones remain acceptable for protecting the public health.” 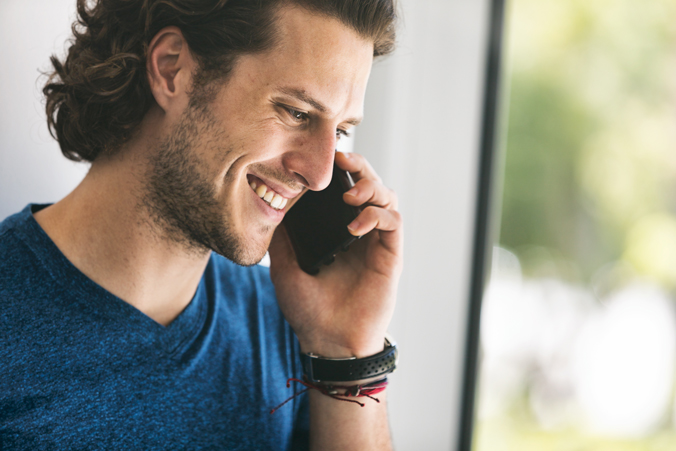 A federal report found evidence that high levels of radiofrequency radiation like that used in some cellphones caused cancer in rats, but an FDA official emphasized the findings should not be applied to humans.
Source: Adobe Stock

The reports — which serve as the consensus of the National Toxicity Program and a panel of external scientific experts who reviewed the findings earlier this year — also cited some evidence of tumors in the brains and adrenal glands of exposed male rats.

The reports revealed no conclusive evidence about a link between radiofrequency radiation and cancer development among female rats, or male or female mice.

In a press release that accompanied the reports, John Bucher, PhD — senior scientist with the National Toxicology Program — emphasized the exposures used in the studies “cannot be compared directly” to the exposure that humans receive when they use a cellphone.

However, Bucher added: “We believe that the link between radiofrequency radiation and tumors in male rats is real, and the external experts agreed.”

In the studies, rats and mice were exposed to radiofrequency radiation across their entire bodies, whereas people typically are only exposed in specific local tissues near where they hold their phones.

“If you look through the study a little bit more, the amount of radiation [had] to be about 50 times higher in order to really develop tumors,” Samuel Chao, MD, radiation oncologist at Cleveland Clinic, told HemOnc Today. “[The way] we typically use cellphones, they’re probably unlikely to cause tumors or cancers, which corresponds to what we know from other studies.”

The National Toxicology Program studies — which cost $30 million and took a decade to complete — described the research as the most comprehensive evaluation of health effects among animals exposed to radiofrequency radiation with modulations used in 2G and 3G wireless networks.

These networks were standard when the investigations were designed. Although they continue to be used, they are a bit outdated, making it difficult to draw conclusions from the findings, Chao said.

Researchers designed and built chambers for the animals.

Radiofrequency radiation exposure began in the womb for rats, and at age 5 weeks to 6 weeks for mice. Exposure continued for up to 2 years, much of their natural lifetimes.

“A major strength of our studies is that we were able to control exactly how much radiofrequency radiation the animals received — something that’s not possible when studying human cellphone use, which has often relied on questionnaires,” Michael Wyde, PhD, lead toxicologist on the studies, said in a press release.

The studies did not investigate radiofrequency radiation used for newer 5G or Wi-Fi networks.

“5G is an emerging technology that hasn’t really been defined yet,” Wyde said. “From what we currently understand, it likely differs dramatically from what we studied.”

The National Toxicology Program provided its study results to the FDA — charged with ensuring any radiation-emitting electronic product, including cellphones, is safe for public use — and Federal Communications Commission, which sets cellphone radiation exposure limits.

“Our ubiquitous use of cellphones inevitably means that we must continue to review and ensure their safety,” Shuren, the FDA official, said. “We have relied on decades of research and hundreds of studies to have the most complete evaluation of radiofrequency energy exposure. This information has informed the FDA’s assessment of this important public health issue, and given us the confidence that the current safety limits for cellphone radiofrequency energy exposure remain acceptable for protecting the public health.”

The FDA evaluates data from new studies — including National Toxicology Program reports — when they become available.

“[National Toxicology Program] researchers looked at the effects of exposing rodents to extremely high levels of radiofrequency throughout the entire body,” Shuren said. “This is commonly done in these types of hazard identification studies and means that the study tested levels of radiofrequency energy exposures considerably above the current whole-body safety limits for cellphones. ... In fact, we only begin to observe effects to animal tissue at exposures that are 50 times higher than the current whole body safety limits set by the FCC for radiofrequency energy exposure.”

Shuren also noted what he described as unusual findings in the studies. For example, the rats exposed to whole body radiofrequency energy lived longer than rats in the control group that were not exposed to any radiation.

In addition, only male rats exposed to the highest radiofrequency energy doses demonstrated a significantly higher number of heart schwannomas, and investigators observed no clear relationship between radiation dose and the rate of tumors the animals developed.

These findings will need to be considered in subsequent human epidemiological studies, Shuren said.

“As scientists, we welcome new studies. Animal studies like this one contribute to our discussions on this topic, but we must remember the study was not designed to test the safety of cellphone use in humans, so we cannot draw conclusions about the risks of cellphone use from it,” Shuren said. “We also must thoroughly evaluate and take into consideration the totality of the data, and do so within the context of the complete body of evidence rather than drawing conclusions from the results of a single study.”

Continuation of this research — particularly as technology evolves — is extremely important, Chao said.

"As we get to potentially higher energies, there might be more of a risk for developing tumors and cancers as a consequence of exposure,” he said. "We need to know that ahead of time so that we can limit exposure.”

These investigations should not fall entirely on the scientific community, Chao added.

"I do think the companies that are producing these new technologies are obligated to at least fund research — if not do their own,” he said. “The FDA is doing its part, but research dollars are becoming more limited. [These companies] should be a partner with the FDA to investigate how this affects people.” – by Mark Leiser and John DeRosier