Adolescent and young adult cancer survivors had a higher than expected rate of hospital contact for endocrine diseases, including thyroid disease, testicular dysfunction and diabetes, according to a Danish population-based study.

Adolescent and young adult cancer survivors — defined as those who had a cancer diagnosis when aged 15 to 39 years — differ from younger and older patients with cancer in terms of biology, epidemiology and clinical outcomes. This population also is at risk for long-term morbidity associated with their cancer or cancer treatment.

“As survival rates from cancer have improved dramatically over the last decades, there is a need to explore the long-term consequences,” Mette Vestergaard Jensen, MD, research scholar at the Danish Cancer Society Research Center, told HemOnc Today. “Most data on the long-term sequelae in cancer survivors at a young age are derived from studies of childhood cancer survivors. Survivors of cancer in adolescence and young adulthood, their relatives and the treating clinicians also require information on the long-term outcomes of treatment.”

Few studies have explored the long-term effects of cancer and its treatment in this population, according to Jensen.

When evaluated as the proportion of absolute excess risks, the leading reasons for hospital contacts included thyroid disease (38%), testicular dysfunction (17.1%) and diabetes (14.4%).

“Our study does not reveal the mechanisms behind this association, but we already know that radiation therapy causes tissue damage to the radiated area,” Jensen told HemOnc Today. “That explains for instance why Hodgkin lymphoma survivors are at high risk for thyroid diseases. Previous studies have also shown an association between certain types of chemotherapy and testicular damage.”

“Our study provides new, accurate and detailed information about these survivors and important clinical information on how the risks for such late effects are modified by patient factors. This knowledge can help clinicians and patients with the highest risk to be more aware of symptoms so that endocrine diseases can be diagnosed early,” Jensen told HemOnc Today. “Thus, patients will receive the right treatment earlier and hopefully prevent more severe sequelae.”

“[Although] the choice to limit the definition of endocrinopathy to one that required contact with a hospital was only mentioned briefly by the authors in the limitations section, it is an important area for discussion with regard to methodology,” they wrote. “As conditions such as hypothyroidism and type 2 diabetes mellitus are commonly seen by primary care providers, many additional cases likely were diagnosed outside the hospital setting and, thus, the reported prevalence of these late effects in this study is likely to be a significant underestimate of the actual risk.”

These programs may be “deemed impossible because of financial constraints and the need for oncologists to focus on their active oncology practices,” they wrote.

However, there are several program models that have been implemented. Studies have shown these programs are feasible and can save overall health costs by addressing and potentially mitigating the severity of late effects through detection and management, according to Marjerrison and Barr.

“Given the prevalence of these [endocrine late effects] and other late effects, survivorship care for this group is a critical imperative that must be addressed by health systems,” they wrote. “Experience from pediatric oncology can inform the development of these programs, and there are adolescent and young adult-specific models that are both feasible and demonstrably successful in meeting the considerable needs of this underserved population of cancer survivors.” – by Cassie Homer 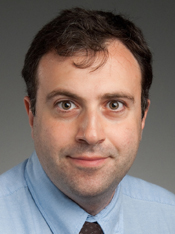 Jensen and colleagues report on hospital-based encounters for endocrine complications in a national cohort of individuals who have survived for at least 1 year following a malignancy diagnosed when they were adolescents or young adults (AYA) aged 15 to 39 years. Researchers abstracted data pertaining to health care used spanning 3 decades (1976-2009) from Danish Healthcare Registries on 32,548 survivors and 188,728 age and sex-matched controls who did not experience cancer as an AYA.

This study is unique in its focus on the AYA population, as previous reports have primarily been on cohorts of childhood or adult cancer survivors. The findings are, however, confirmatory of previous work in this field showing known associations between endocrine late effects and the irradiation of endocrine organs, as well as gonadotoxic treatments such as alkylating agents.

Clinician awareness of cancer therapies that increase the risk for endocrine disorders and adherence to evidence-based risk-stratified surveillance for endocrine late effects, such as those proposed by the Children’s Oncology Group, provide cancer survivors with a higher chance of benefiting from timely diagnosis and therapy, which may improve their overall state of health.