A small daily, oral dose of sildenafil may help reduce risk for colorectal cancer, according to study results.

Darren D. Browning, PhD, cancer researcher at Georgia Cancer Center and the department of biochemistry and molecular biology at Medical College of Georgia at Augusta University, and colleagues discovered the agent — used to treat erectile dysfunction — suppressed inflammation and polyp formation among mice.

Sufficient data now exist to proceed with a clinical trial with humans, and efforts are underway to establish the design. 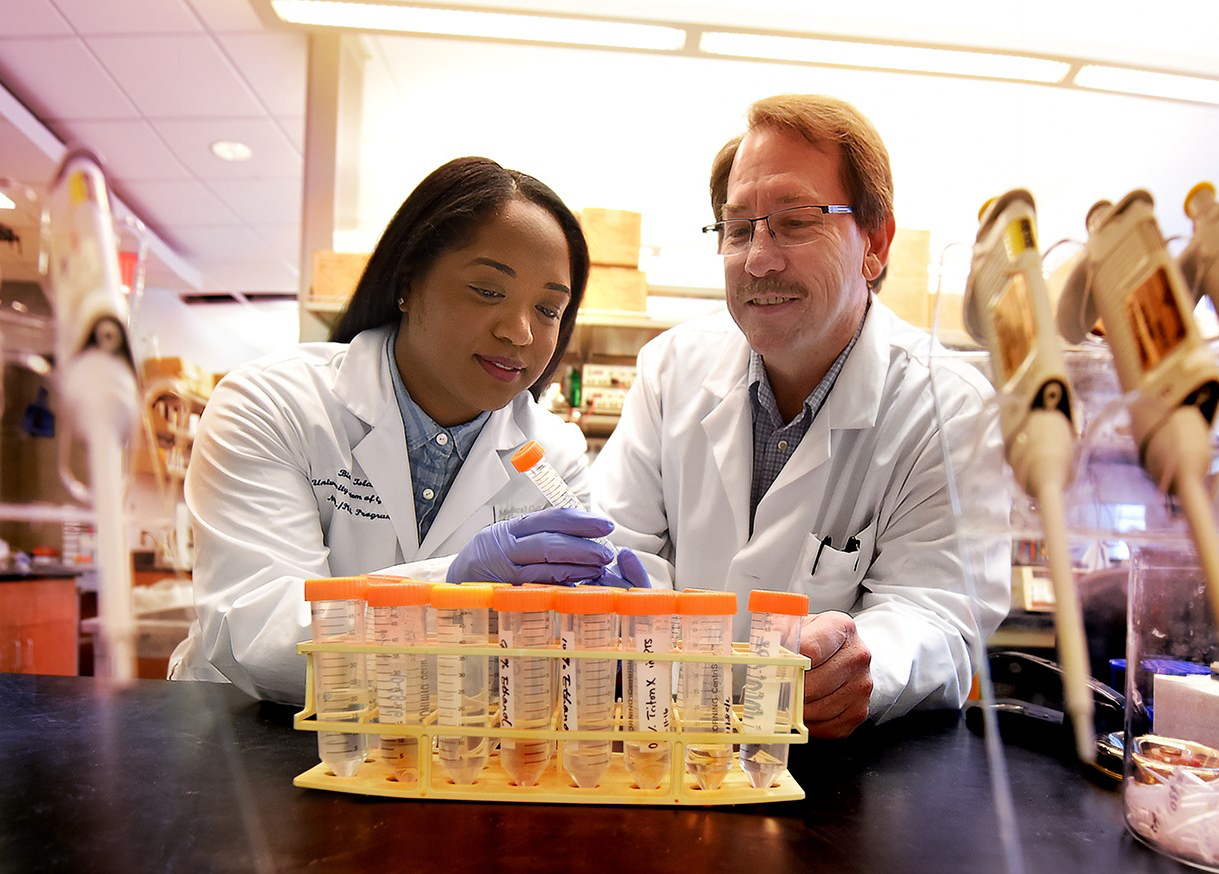 Mice treated with sildenafil demonstrated a 50% reduction in polyp multiplicity compared with controls. Moreover, the polyps that developed were more differentiated and less proliferative.

HemOnc Today spoke with Browning about the results of the team’s research so far, the potential mechanism of action, and the efforts underway to design a first-in-human trial.

Question: Can you explain how your study came about?

Answer: The study that garnered media attention was the second of two studies. The reason it made media headlines was because they are the first trials to investigate whether orally administered sildenafil could impact tumor burden in mice. People were quite interested in this finding. The first model we used was for inflammatory colorectal cancer. People who have ulcerative colitis are at much higher risk to develop colorectal cancer. The type of colorectal cancer that these patients get is driven by inflammation. It is a severe form of cancer that is aggressive from the outset. The reason we chose that one first is because we published a previous paper, as have others in the field, showing that cyclic guanosine monophosphate (GMP) suppresses intestinal inflammation. What led to the more recent study was our demonstration that the ability of sildenafil to reduce tumors in an inflammatory cancer model was not because it was reducing inflammation. That’s one of the beauties of that model. You can give the drug to the animals during a phase when they are experiencing mutations; you can add it just when they are experiencing inflammation, which takes those mutated cells and causes them to turn into a tumor; or you can give it throughout. We saw the same amount of inhibition when we added the drug during the mutagenesis phase as when we gave the drug throughout. We went into it thinking we could suppress colitis and, therefore, suppress colitis-driven colorectal cancer. As often happens in science, your original idea gets turned upside down. We found the main effect is due to the ability of the drug to suppress mutations before they take root in the colon.

To test that idea further, we used another model of colorectal cancer. This one mimics a hereditary form — familial adenomatous polyposis. There is a mouse equivalent called ApcMin with the same mutation that humans get. They get polyps in the intestine rather than the colon. We liked that it was in the intestine because inflammation is not a driver. Tumors form as a result of random mutations that occur in cells of the gut as they proliferate. In these animals, we gave the same dose of sildenafil in the drinking water, and we got the same result. It cut the polyp number in half. Taken together, these two data sets represent a pretty powerful story. It takes two populations of people at high risk for colorectal cancer and suggests that this drug is able to reduce the number of polyps that would form in people, as well — at least that’s what we’re hoping for the next step.

Q: Can you describe the potential mechanism of action?

A: This is all cyclic GMP-based. Cyclic GMP is known to cause secretion in the intestine. Over the past couple decades, evidence suggests that it does more. The whole lining of the gut is renewed continuously, between every 3 days and a week. Cells in the lining undergo spontaneous cell death and are replaced by cells coming out of holes or crypts to renew the whole intestinal lining. Previous research showed that, if we knock out signaling components that regulate cyclic GMP signaling, the amount of proliferation and cell death that you get changes. This wasn’t known before. Based on these earlier studies and a plethora of papers, it is suggested that treating cancers with these drugs or increasing cyclic GMP in an existing tumor will cause tumors to stop growing or die. However, a lot of the literature is based on cell lines and is not true in animals. This is why we looked at mouse models, which are closer to people than cell lines that one would study in a lab. We were one of the first to increase cyclic GMP in the gut by blocking its degradation. This amplifies the endogenous enzyme known to increase cyclic GMP and promote secretion. We found that, if we increase cyclic GMP in the gut, we slow down proliferating cells. You can cut the number of dividing cells in half when you treat with sildenafil. If you have less proliferation, you have fewer cells replacing the ones at the top, but we noticed that these were dying slower. Proliferation and dying at the top has to be matched so you get complete renewal. What our studies showed is that sildenafil works by acting on the normal tissue, not the tumor itself. We believe there were less tumors in the sildenafil-treated mice because we were able to inhibit proliferation. The drug basically can suppress the number of these proliferating cells, and that’s why the gut is less susceptible to carcinogenic mutations.

Q: What is the next step for clinical trials?

A: Sildenafil went generic in December. It is now cheap, and a lot of patients are asking for a prescription to try it. This isn’t how it should be done. A clinical trial is the way to go. A few steps have to happen. We need to understand the mechanism a little bit better than we do to understand the patients who will benefit most. We have enough preliminary data with animal models to proceed with clinical trial in colorectal cancer. We are in discussion about setting up the design, what it will look like and how long it will take to materialize.

Q: Can you describe the potential implications of your results?

A: It is well established that daily baby aspirin can reduce stroke and heart disease. For colorectal cancer, there is nothing, and there is a big unmet need. Recommendations suggest individuals at average risk begin screening at age 50 years. If they undergo colonoscopy and nothing is found, they are good for 10 years. If something is found and polyps are removed, patients must come back the next year. The detection rates for adenomas are, at best, only about 40%. Even with regular screening, things could be missed. These patients are looking for something to reduce their risk. We’re hoping we can offer an option to people who are predisposed to colorectal cancer. Sildenafil is safe — even safe enough to give a small dose to newborns for their lungs. If it’s safe enough for infants, it’s likely safe enough for adults in this context. Our study in mice was only a proof of concept, but we think we have a safe mechanism for colorectal cancer prevention. – by Rob Volansky