Patients treated with chimeric antigen receptor T-cell therapy will incur on average $30,000 to $36,000 in additional costs aside from drug expenses, according to a research letter published in JAMA Oncology.

Patients who present with severe cytokine release syndrome may pay up to $56,000 more.

“To our knowledge, this study provides the first estimates of the total costs of chimeric antigen receptor [CAR] T-cell immunotherapies in the United States,” Inmaculada Hernandez, PharmD, PhD, assistant professor of pharmacy and therapeutics at University of Pittsburgh, and colleagues wrote.

Tisagenlecleucel (Kymriah, Novartis) is approved for treatment of patients aged up to 25 years with refractory B-cell precursor acute lymphoblastic leukemia, as well as those whose disease is in second or later relapse.

Hernandez and colleagues identified 11 scenarios that accounted for variability in receipt of treatment, development of cytokine release syndrome and response to therapy.

The researchers used data from the FDA and the ELIANA trial to determine the probability of each scenario. The researchers used the 2017 Medicare Physician Fee Schedule rates, Medicare Hospital Outpatient Prospective Payment System amounts, Medicare Part B payment limits, and Health Care and Utilization Project estimates to calculate physician costs for leukapheresis, administration of lymphodepletion therapy and CAR T-cell therapy, costs of other drugs, and facility costs.

“It is important to quantify the total costs of this therapy because these nondrug costs are certainly not negligible. It is important to account for them when doing pharmacoeconomic evaluations of these therapies and deciding on their coverage,” Hernandez said. “Moreover, the outcomes-based agreements announced for tisagenlecleucel would only refund pharmaceutical costs for nonresponders. So, it would be important, as well, to account for those nondrug costs when payers negotiate pricing agreements with manufacturers.”

The mean total expected cost decreased to $432,131 for tisagenlecleucel when researchers adjusted for the outcomes-based pricing arrangement announced by Novartis.

Every year about 600 U.S. patients are eligible for tisagenlecleucel. Using the mean total expected cost, the researchers estimated the annual expenditure would be $259 million.

The mean total expected cost of axicabtagene ciloleucel was $402,647.

With 7,500 U.S. patients eligible for axicabtagene ciloleucel, the estimated annual expenditure would be $3 billion.

“However, this doesn’t mean that these costs are negligible, because this 7% accounts for $30,000 for the average patient and up to $60,000 for those who present with cytokine release syndrome,” Hernandez said.

This study was not designed to assess benefits associated with CAR T-cell therapy or to provide a cost-effectiveness analysis. However, as HemOnc Today previously reported, the Institute for Clinical and Economic Review concluded that with the available information, CAR T-cell therapy costs align with its benefits. More analysis should be done as more long-term data on the therapy become available, according to Hernandez.

It is unclear how reimbursement models for CAR T-cell therapy will be designed, Hernandez said.

“Payers should factor in nondrug costs when making decisions on the coverage of these therapies and when negotiating prices with manufacturers. For the health care systems perspective, the key point is that health care resources are not unlimited,” Hernandez told HemOnc Today. “Money needed to cover new highly expensive therapies with a high budget impact, such as CAR T-cell therapy, needs to come from somewhere — either from a reallocation of funds from other therapies and health services that will no longer be covered or from increased premiums.”

Programs like Novartis’s outcomes-based pricing for tisagenlecleucel may help curb costs; however, the impact on the health care system is large, Hernandez said.

“I think we can all agree that health insurance is already quite expensive in the U.S., and nobody likes to see premiums increase,” she added. “But if we don’t want premiums to keep increasing, it is necessary to evaluate new therapies thoroughly and assess the benefit they bring for their cost, and how that ratio compares to that of other health services.” – by Cassie Homer

Inmaculada Hernandez, PharmD, PhD, can be reached at inh3@pitt.edu. 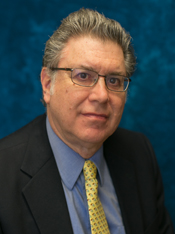 This type of study is what is needed to understand the total cost of CAR T-cell therapy. Even though the emphasis has been on cost of the cellular product itself, less has been discussed about the costs required to take care of these patients, such as their hospital stay; the additional drugs they may require; the costs of cytokine release syndrome or neurologic issues; and the monthly IV immunoglobulin that they may require after discharge because they are immunosuppressed.

From my experience — and from discussing this with contract officers at my own hospital and talking to colleagues who deal with cost issues of CAR T-cell therapies around the country — I think that Hernandez and colleagues underestimate the costs of caring for these patients by at least fivefold. The researchers say that nondrug costs could account for 7% of total costs, but I’d say it may represent as high as 100% of drug costs, or at least 50% of total costs.

It’s important to understand the cost of any therapy, especially expensive therapy. Hospitals are losing money with every Medicare patient they treat with CAR T-cell therapy. Having the appropriate codes for billing and understanding the cost structure will be necessary for Medicare to understand what the reimbursements should be for this therapy.

CMS just came out with a proposed rule to deal with CAR T-cell therapy. We can see that they are struggling as well. They are wondering if there should be new diagnosis-related groups for this therapy and whether the cost-to-charge ratio should be increased to 1, which Medicare has never proposed for any other therapy. Clearly, we are trying to figure out how to pay for this. However, before we can understand how we pay for this, we need to know what it costs.

No other studies, to my knowledge, have looked at the total costs of CAR T-cell therapy — likely because we don’t have standard codes for the billing of this service, so each hospital does it their own way. Until we have standardized coding, CMS won’t be able to accurately define cost determination.

I’m concerned about the potential for people to underestimate the costs of this therapy, based upon the JAMA Oncology letter. 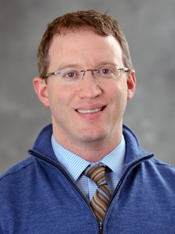 This is a timely and provocative study. Many in the hematologic malignancy sphere have been trying to understand the “real-world” costs of CAR T cells; it was not a question of whether the actual expense would be higher, but how much higher? This is the first study to attempt to predict these costs in the United States.

Depending on one’s perspective, the findings of Hernandez and her colleagues can be taken in different ways. For advocates of CAR T cells, there are reassuring conclusions. The authors predicted that less than 10% would be attributable to “nondrug cost.” A total average cost of around $500,000 for a single treatment is at least within an order of magnitude of the predicted costs of a successful (ie, multiple cycles administered) course of treatment with either blinatumomab (Blincyto, Amgen) or inotuzumab ozogamicin (Besponsa, Wyeth Pharmaceuticals/Pfizer), two other agents recently approved for relapsed/refractory B-cell acute lymphoblastic leukemia that garnered attention for their hefty price tags.

However, there also are results that amplify concerns about the feasibility of this treatment at scale. These cost estimates are based on the highly selected patients who ultimately enrolled on prospective trials. When administered outside these conditions, reported “nondrug costs” — even when considering outcome-based pricing — are certainly an underestimate. Further, although outcome-based pricing can make the expense of CAR T cells more palatable, there is the sobering fact that short-term response to this therapy, on which outcome-based pricing is based, does not always predict long-term efficacy; a 3-month remission would garner the full charge.

On an individual patient basis, it is hard for clinicians to deny patient access to these groundbreaking therapies if the means to cover the costs exist. Additional studies like this will be needed for policymakers to determine on a larger scale if these costs are justifiable.