DFS following 3 months of adjuvant chemotherapy for stage III colon cancer appeared equivalent to 6 months of therapy with fewer side effects, according to results from the IDEA study published in The New England Journal of Medicine.

However, this association only occurred for patients treated with CAPOX chemotherapy (capecitabine and oxaliplatin) — not for the overall study population treated with either CAPOX or FOLFOX chemotherapy — and appeared more prominent among patients with lower-risk disease.

“Since 2004, oxaliplatin with a fluoropyrimidine has been standard adjuvant chemotherapy [among] patients with stage III colon cancer,” Axel Grothey, MD, oncologist at Mayo Clinic in Rochester, Minnesota, and colleagues wrote. “Three phase 3 trials convincingly showed that the addition of oxaliplatin improved DFS; with longer follow-up, these findings were extended to OS. Accordingly, a 6-month regimen of FOLFOX or CAPOX became the standard adjuvant therapy in stage III disease.”

However, treatment with oxaliplatin has been associated with neurotoxicity, with severity dependent on the cumulative dose.

DFS — defined as time from enrollment to relapse, second cancer or death of all causes — served as the primary endpoint.

As HemOnc Today previously reported, results from the pooled analysis were presented during a plenary session of the ASCO Annual Meeting last year.

Overall, the study did not meet its predefined noninferiority margin for the overall population. The 3-year DFS rates were 74.6% for 3 months of adjuvant therapy with FOLFOX or CAPOX and 75.5% for 6 months of therapy. However, researchers observed clinically significant reductions of peripheral neuropathy among patients receiving 3 months of therapy (15% vs. 45%).

“The IDEA results provide a framework for discussions between patients and providers on the trade-off between side effects and the efficacy of adjuvant therapy,” Grothey said in a press release. “For most patients with stage III disease, 3 months of adjuvant therapy will be considered sufficient, which will lead to decreased long-term toxicity, higher quality of life and savings in health care expenditures.”

The results of the IDEA collaboration can help guide conversations between oncologists and patients about the risks and benefits of different adjuvant chemotherapy regimens, according to Richard L. Schilsky, MD, FASCO, senior vice president and chief medical officer of ASCO.

“The conundrum of adjuvant chemotherapy for cancer is that for any individual patient, the oncologist cannot readily determine the presence or absence of cancer or its response to treatment,” Schilsky wrote in a related editorial. “If the tumor never recurs, it is not clear whether the treatment was effective or unnecessary. Thus, the most effective use of adjuvant chemotherapy depends primarily on a multidimensional assessment of risk in each patient.

“To truly optimize the application of adjuvant chemotherapy, we need two things: better markers to assess the risk [for] recurrence and the likelihood of benefit and more effective, less toxic treatments,” he added. “Until we see improvements in these two important areas, the findings of the IDEA collaboration provide useful information in helping oncologists discuss the duration of adjuvant therapy that best suits the goals, preferences, and tolerances of their patients.” – by Cassie Homer 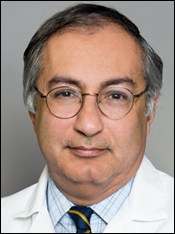 Thus, the standard of care for stage III colon cancer therapy until the results from the IDEA study has been 6 months of CAPOX or FOLFOX, with FOLFOX being the main treatment used in the U.S. However, 6 months of oxaliplatin carries significant risk for neuropathy.

Researchers of the IDEA trial explored whether a shorter duration of adjuvant therapy might not be inferior in terms of efficacy while reducing toxicity, inconvenience and expense for patients.

For the entire population under study, researchers did not establish the DFS noninferiority of 3 months of oxaliplatin-based adjuvant therapy. However, for patients treated with CAPOX, 3 months of therapy appeared as effective and noninferior as 6 months for a low-risk subgroup (T1-T3, N1 disease). Shorter duration of therapy appeared associated with less neurotoxicity, hand-foot syndrome, fatigue, diarrhea and more treatment adherence, without apparent loss of efficacy. For FOLFOX, 3 months appeared inferior to 6 months of adjuvant therapy.

It is important to note that CAPOX was not used in the 2,440 patients in the U.S. or Canada in CALGB/SWOG 80702 — one of the six concurrent trials that made up the IDEA study. Extrapolation of IDEA results to these populations needs to be counterbalanced by the possibility patients from these regions may have different tolerability to oral fluoropyrimidines. The IDEA results do not apply to rectal cancer and do not apply to capecitabine or 5-FU monotherapy that may be given to some elderly patients.

For the T1-T3, N1 low-risk group, 3 months noninferiority applies to CAPOX, not FOLFOX. If there are other high-risk features, such as perforation — even if T1-T3, N1 — it is prudent to use 6 months of therapy. T4 or N2 stage III colon cancers still require 6 months of adjuvant therapy.

Although OS data are not yet available, for individual low-risk patients (T1-T3, N1) with stage III colon cancer, 3 months of CAPOX is a reasonable treatment option that could be considered as a new standard therapy option. This is especially important given the benefits gained — less overall toxicity including neurotoxicity, less inconvenience and less cost — from the shorter duration of therapy that appears noninferior.