The rate of subsequent biopsy during follow-up care among women diagnosed with early-stage breast cancer ranged from 11.8% to 14.7% within 5 years and 14.9% to 23.4% within 10 years, according to results of a nationwide population-based cohort study.

These identified biopsy rates — which also differed based on treatment received — can be used to inform decision-making discussions with patients regarding breast cancer recurrence rates.

The rate of subsequent biopsy previously had not been available in medical literature.

“This is a genuine concern for patients. Many feel very anxious over the future need of biopsies and the potential of another diagnosis,” Henry Kuerer, MD, PhD, executive director of the department of breast programs and professor of surgery at The University of Texas MD Anderson Cancer Center, said in a press release. “Women will often choose a mastectomy rather than have the fear and stress associated with future biopsies or another cancer diagnosis.”

All patients received incident invasive stage I to stage III breast cancer diagnoses between 2000 and 2011.

Breast-conserving surgery served as the predominant treatment option among women in the MarketScan cohort (58.6%) and SEER-Medicare cohort (59.2%), followed by mastectomy (MarketScan, 41.4%; SEER-Medicare, 40.8%).

Five-year rate of biopsy after mastectomy was 10.4% in the MarketScan cohort and 7.7% in the SEER-Medicare cohort.

Researchers noted the use of claims data may have limited these findings. Also, imaging and targeted therapies have improved since the study concluded in 2011.

However, these data are helpful for clinicians when discussing treatment options with their patients, Kuerer said.

“The important message is that the rate of biopsy for patients is relatively low and the overwhelming majority of the biopsy results will be benign and not require further treatment,” he added.

Although the size of the study cohort is a strength of these findings, limitations remain, Cheng-Har Yip, FRCS, of the department of surgery at Subjang Jaya Medical Centre in Malaysia, wrote in a related editorial.

“For patients who had breast-conserving surgery, whether the biopsy was from the ipsilateral or contralateral side was not known,” Yip wrote. “The result of the biopsy was also not ascertained from the claims data; however, because 29.8% in the commercial insurance database and 23.2% in the SEER-Medicare cohort underwent subsequent cancer treatment, some of the biopsies may not have been necessary.

“Subsequent biopsy rates are seldom discussed with women at the time of surgical decision making but may affect women’s decision and lead to an increasing number of women who opt for bilateral mastectomy,” Yip added. “The American Society of Breast Surgeons’ consensus is that contralateral prophylactic mastectomy should be discouraged in average-risk women with unilateral breast cancer, because no effect on survival has been demonstrated.” – by Alexandra Todak 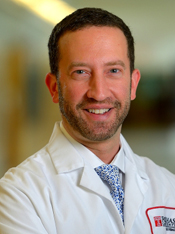 van la Parra and colleagues utilized two cohorts totaling 121,879 patients from a commercial insurance database and the SEER-Medicare database to identify the numbers of patients who had breast biopsies after treatment of invasive breast cancer. In the 10 years following their breast cancer, between 14.9% and 23.4% of patients had a breast biopsy. Interestingly, patients who had a form of breast irradiation known as brachytherapy — which involves catheter insertion — had more biopsies than other patients, likely because of the way that the tissue reacts to this type of treatment, resulting in more biopsies. These findings are not surprising, but do provide some information for discussion regarding what patients can expect after breast cancer treatment. 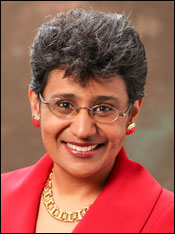 The study by van la Parra and colleagues sought to define the incidence of breast biopsy procedures during follow-up after treatment for breast cancer using two complementary datasets: the MarketScan commercial dataset for younger patients and SEER-Medicare for older patients. The authors found that the cumulative 5- and 10-year incidence of requiring a breast biopsy was 14.7% and 23.4% in the MarketScan cohort and 11.8% and 14.9% in the SEER-Medicare cohort. Of these, roughly 20% to 30% subsequently had additional breast cancer treatment within 3 months of the biopsy.

Although the use of administrative data is riddled with issues that make it difficult to interpret, these findings seem to corroborate what we already know. Patients who have had treatment for breast cancer are followed more closely than the general population. We have a higher index of suspicion and a lower threshold for biopsy. It is unclear how the patients in these cohorts were followed — using what technology, and at what interval. With more rigorous screening and surveillance, more lesions — both benign and malignant — will be found. Ipsilateral breast tumor recurrences and contralateral malignancies do occur, and the rates at which cancer are found in breast cancer survivors may be higher than in the general population.

But, the study leaves many questions still unanswered. How frequently should we be surveilling patients? Should this vary based on the proximity to the diagnosis, their clinicopathologic presentation and/or treatments that they received? How do we improve our cancer detection rate, while still limiting the number of unnecessary biopsies that are performed?