Adults with relapsed B-cell acute lymphoblastic leukemia who received CD19-28z chimeric antigen receptor cells had an 83% complete remission rate and a median survival of nearly 13 months, according to long-term follow-up of a phase 1 study published in The New England Journal of Medicine.

“Following our early clinical results reported in 2013 and 2014, the FDA granted us breakthrough designation for the continuation of this trial,” Michel Sadelain, MD, PhD, director of the center for cell engineering and gene transfer and gene expression laboratory at Memorial Sloan Kettering Cancer Center, told HemOnc Today. “The chimeric antigen receptor (CAR) molecule 19-28z is a CD28-based second-generation CAR specific for CD19, a molecule we had previously identified as an attractive CAR target. We reported on 53 patients treated at Memorial Sloan Kettering, where CAR T cells were manufactured.”

In their study, Sadelain and colleagues assessed safety and long-term outcomes for 53 adults (median age, 44 years; range, 23-74) with relapsed B-cell ALL who received an infusion of manufactured autologous T cells expressing the 19-28z CAR from February 2010 through June 2016.

“Unlike earlier CAR trial reports in the field, which focused on response rates and early toxicities, we assessed long-term survival and its correlates,” Sadelain said.

“The key finding is that patients with lower tumor burden experienced the highest long-term survival and the lowest toxicities — cytokine release syndrome and neurotoxicity,” Sadelain said. “Patients with a higher tumor burden were not only those who experienced higher toxicities, as we had previously reported, but they also were more likely to relapse. The study, thus, identified which patients were most likely to benefit with minimal risks.

“These findings very strongly support providing this treatment to adults with refractory ALL and a small tumor burden,” Sadelain added. “There is presently no approved CAR therapy for this patient population. These findings further indicate that CAR therapy should be given earlier in the course of disease, a conclusion that should be evaluated prospectively.”

A secondary finding is that allogeneic HSCT after CAR therapy did not increase OS, Sadelain added.

“Although this point is very important for guiding future medical practice — and for gauging the effectiveness of CAR therapy — this key point would, in principle, require a prospective study to be validated,” he said.

Researchers noted the median OS of 12.9 months in this study compared favorably with the median OS of 7.7 months among adults with relapsed ALL treated with blinatumomab, even though this analysis included more heavily pretreated patients than the blinatumomab study (third or later salvage therapy, 68% vs. 24%).

“A complete response is obtained within a few weeks of treatment,” Sadelain said. “However, as with any kind of therapy, some patients will subsequently relapse. With some treatments, most patients respond but none enjoy long-term survival.”

Although CD19 CAR therapies prolong life and are curative for some patients, there is a need for improvement on two levels, according to Sadelain.

“One is to prevent relapse, so that most complete remissions remain in complete remission,” he said. “The other is to decrease short-term toxicities, such as cytokine release syndrome and neurotoxicity. In the interim, we have identified a group of very desperate patients — adults with low-burden refractory ALL — who can maximally benefit from treatment with the 19-28z CAR. This treatment should be made available to patients with ALL.” – by Chuck Gormley

Michel Sadelain, MD, PhD, can be reached at m-sadelain@ski.mskcc.org. 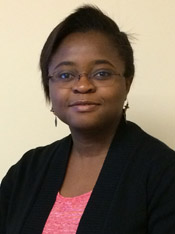 The management of B lymphocyte malignancies in the relapsed or refractory setting has been revolutionized by striking responses to cellular therapy using chimeric antigen receptor (CAR) T cells manufactured by genetic modification of autologous lymphocytes. These results have led to FDA approval of two CAR T-cell products since August. Tisagenlecleucel T-suspension (Kymriah, Novartis) is approved for second-line treatment of pediatric/young adult acute lymphocytic leukemia, and axicabtagene ciloleucel (Yescarta; Kite, Gilead) is approved to treat adults with large B-cell lymphoma in the relapsed or refractory setting after two or more lines of therapy.

In their manuscript, Park and colleagues presented outcomes of 53 adults with ALL who received CD19-specific CAR T cells. All patients had relapsed or refractory disease following two or more prior therapies. Researchers reported a strikingly high complete remission rate of 83% among all patients, and this complete remission was minimal residual disease (MRD) negative for 32 of 48 patients evaluated for MRD. Investigators even observed a 74% complete remission rate among the 19 most heavily pretreated patients (≥ 4 lines of treatment).

Although the EFS of 12.4 months and OS of 20 months among patients with low disease burden represents a significant improvement over outcomes with other available salvage approaches, long-term benefit was only modest among those with high tumor burden (median EFS, 5.3 months). This result suggests CAR T-cell therapy may be most beneficial earlier in the course of treatment for particularly high-risk patients, such as those with MRD positivity after standard induction therapy. Perhaps CAR T-cell therapy could replace the need for allogeneic transplants for these MRD-positive patients, as the cohort analyzed in this study did not appear to benefit from proceeding to subsequent transplant.

With regard to available salvage approaches, a striking finding from this study is that patients who progressed or were refractory to blinatumomab, a monoclonal antibody linking CD19-positive lymphoblasts to effector T cells, were still salvageable using CD19-specific CAR T cells. This strengthens the perception that blinatumomab resistance cannot be attributed largely to loss of CD19 expression of lymphoblasts in adult ALL. Perhaps the dysfunctional and inadequate effector T cells in nonresponders to blinatumomab may be offset by administration of CAR T cells that are highly activated.

The potent antileukemia activity of these CAR T cells comes with multiorgan toxicities triggered by the inflammatory cytokine-rich milieu and macrophage stimulation unleashed by this therapy. This study was no exception, as a majority of treated patients (85%) experienced cytokine release syndrome, and 43% experienced grade 3 or grade 4 neurotoxicity.

Apart from one fatality attributed to cytokine release syndrome, all adverse events were carefully managed with supportive care, steroids and the interleukin-6 receptor monoclonal antibody tocilizumab (Actemra, Genentech). The correlation of cytokine release syndrome and neurotoxicity severity with leukemia burden is another reason for caution when patients have more heavy/advanced disease at the time of CAR T-cell infusion, particularly in light of the modest clinical benefit these patients ultimately derived.

One interesting highlight of this study was the ability to harvest sufficient T-cell doses by apheresis to facilitate CAR T-cell dose manufacturing from a heavily pretreated group of cytopenic patients.

With a median absolute lymphocyte count of 800/ul there was successful production of planned CAR T cell doses for 97% of patients. However, it is concerning that only 64% of patients originally enrolled into this study went on to receive the intended CAR T-cell product. In fact, 25 of the 78 patients who underwent leukopheresis did not receive the product due to acute illness, infection or disease progression. This again raises questions about the practicality of relegating this treatment approach to salvage for more advanced disease, where patients typically decline rapidly. This concern is even more pertinent given that CAR T-cell manufacturing occurs only in select manufacturing facilities. Such centralized manufacturing models are not scalable to the general population, nor readily adaptable to acutely developing clinical needs.

From this clinical trial focused on a high-risk ALL patient population with historically poor outcomes, there is a clear need as well as benefit to early implementation of CAR T-cell therapy, perhaps at evidence of MRD positivity following standard induction therapy. With careful management of anticipated cytokine release syndrome and neurotoxicity, this select patient population would benefit the most from CAR T cells, an approach that ultimately could replace their need for allogeneic hematopoietic stem cell transplantation.