The addition of hyperthermic intraperitoneal chemotherapy to interval cytoreductive surgery prolonged RFS and OS without increasing toxicity among patients with stage III epithelial ovarian cancer, according to randomized open-label phase 3 study results published in The New England Journal of Medicine.

“Hyperthermia increases the penetration of chemotherapy at the peritoneal surface and increases the sensitivity of the cancer to chemotherapy by impairing DNA repair,” Willemien J. van Driel, MD, PhD, of the department of gynecology at Netherlands Cancer Institute, and colleagues wrote. “Hyperthermia also induces apoptosis and activates heat-shock proteins that serve as receptors for natural killer cells, inhibits angiogenesis and has a direct cytotoxic effect by promoting the denaturation of proteins.”

All patients had at least stable disease after three cycles of carboplatin and paclitaxel. At the time of surgery — for cases in which surgery would result in complete or optimal cytoreduction — researchers randomly assigned patients to undergo interval cytoreductive surgery with (n = 122) or without (n = 123) hyperthermic intraperitoneal chemotherapy with 100 mg/m2 cisplatin. Patients underwent three additional cycles of carboplatin and paclitaxel postoperatively.

Grade 3 or grade 4 adverse events — the most common of which included abdominal pain, infection and ileus — occurred among 25% of the surgery group and 27% of the hyperthermic intraperitoneal chemotherapy group, which was not a significant difference.

Researchers observed no differences between the groups in health-related quality of life.

Although these data show promise, questions remain about how to apply this technique in routine care, David R. Spriggs, MD, and Oliver Zivanovic, MD, both of Memorial Sloan Kettering Cancer Institute, wrote in a related editorial.

“The extra time needed in the operating room, the longer duration of hospitalization, and the increased use of diverting colostomies or ileostomies will all increase the overall cost of treatment,” Spriggs and Zivanovic wrote. “The assessment of a cost-benefit ratio warrants serious consideration.”

Also, it’s unclear whether these findings can be reproduced at centers with less experience administering hyperthermic intraperitoneal chemotherapy and who should be considered for this approach, Spriggs and Zivanovic wrote.

“The authors enrolled only patients who underwent interval cytoreductive surgery after receiving three cycles of neoadjuvant chemotherapy for the primary treatment of ovarian cancer,” they wrote.

“Well-designed clinical trials may eventually identify other subgroups of patients with ovarian cancer who are undergoing therapeutic interventions that differ from those of the population eligible for this trial and might benefit from intraoperative administration of hyperthermic intraperitoneal chemotherapy, but the results of the current trial cannot yet be extrapolated to any other conditions or clinical settings,” they added. – by Alexandra Todak 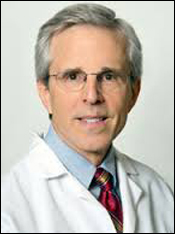 The study by van Driel and colleagues has incorporated IP chemotherapy into the treatment of advanced ovarian cancer in a way that seems to eliminate some of the problems traditionally associated with it. In a multicenter randomized trial, women with advanced ovarian cancer who had responded to three cycles of neoadjuvant carboplatin and paclitaxel received interval cytoreductive surgery. If clinicians could cytoreduce the patient’s cancer to optimal or no residual tumor, they underwent random assignment to receive or not receive intraoperative hyperthermic intraperitoneal chemotherapy with cisplatin.

The results of this well-done study are impressive, showing improvements in RFS of 3.5 months and OS of almost 12 months, with no increase in serious adverse events. Although hyperthermic intraperitoneal chemotherapy increases expense by adding about 2 hours to the surgical time, the results of this study are likely to stimulate increased interest in this technique.