Oncotype DX, a common gene expression profile test used to predict recurrence among patients with early-stage, node-negative ER-positive, HER-2-negative breast cancer, may not be cost-effective in a real-world setting, according to a study published in Journal of Clinical Oncology.

Under ideal conditions— in which all patients received the test and all physicians and patients used the results to dictate treatment — the Oncotype DX (Genomic Health) had a cost-effectiveness ratio of $39,496 per quality-adjusted life-years (QALYs). However, test accuracy and adherence to test-recommended treatment contributed to a lack of cost-effectiveness in the real world.

“Under idealized conditions, the test is considered cost-effective,” Jeanne S. Mandelblatt, MD, MPH, professor in the departments of oncology and medicine at Georgetown University School of Medicine and a member of Georgetown Lombardi comprehensive Cancer Center, said in a press release. “But, by looking at national data, our economic analysis found that the likely cost-effectiveness ratio for Oncotype DX testing in community practice was higher than the ratios for the most commonly accepted diagnostic and preventive interventions.”

Gene expression profile testing is used to identify patients at high risk for recurrence who would benefit from chemotherapy, while allowing those with a low risk to forego chemotherapy, thereby offsetting test costs with savings from lower chemotherapy use.

Mandelblatt and colleagues used a simulation model to compare costs and QALYs for the use of Oncotype DX in the community from 2005 to 2012 with usual care in the pretesting era from 2000 to 2004. Inputs for the simulation included test use, chemotherapy effectiveness, utilities, survival and recurrence, and Medicare and patient costs.

Overall, a larger proportion of tested than untested patients who eventually had a distant recurrence received chemotherapy (55.3% vs. 30.4%).

The investigators conducted one million simulations and accounted for varied costs, patient adherence to test-suggested treatment, and net impact of testing on possible reassurance or worry about distant recurrence.

Researchers determined the cost-effectiveness ratio for the test was $188,125 per QALY compared with usual care.

When adjusting for various scenarios, the simulation resulted in increases of cost-effectiveness:

Under the worst-case scenario simulation, the test would be inferior to usual care.

“However, plausible changes in several factors could change the results and lead to Oncotype testing having a cost-effectiveness ratio similar to other commonly accepted practices,” the researchers wrote. “The substantial differences in conclusions about cost-effectiveness ratios based on community vs. more idealized practice underscores the importance of considering real-world implementation when assessing the costs and survival associated with new diagnostic (or treatment) technology.”

In a statement provided to HemOnc Today, Genomic Health noted limitations of the economic model used in this analysis to define the cost-effectiveness of their gene tests. These limitations included:

“Cost-effectiveness analyses are very complex and highly sensitive to the assumptions underlying the economic model,” the statement said.“To truly understand the economics of diagnostic testing, it is important to look for consistency across multiple economic studies. Contrary to this single study, Oncotype DX has been shown to be cost-effective, and often cost-saving, in more than 20 studies across the world, indicating that even with varying assumptions, practice patterns and health care costs, Oncotype DX is cost effective.”

For example, a study by Reed and colleagues, published in 2013 in Genetics in Medicine, calculated the incremental cost-effectiveness of Oncotype DC as $10,788 per QALY. Researchers concluded the assay had economic value for node-negative, ER-positive breast cancer. – by Cassie Homer 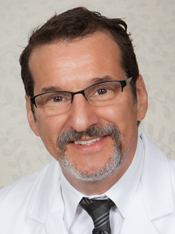 A relatively new buzz phrase in oncology is “value of care.” There are several definitions, including: outcomes achieved minus money spent. A critical aspect of assessing value includes what the individual patient values. Cost-effectiveness analyses also are part of determining value. Chandler and colleagues assess the cost-effectiveness of the Oncotype DX test in the real-world setting of women with stages I to stage IIa and ER-positive, HER-2-negative breast cancers covered by Kaiser Permanente of Northern California. It doesn’t take a sophisticated cost-effectiveness analysis to assess the value of the test to women with breast cancer; about 50% of them will avoid chemotherapy because of a low recurrence score, indicating the benefits of chemotherapy are either nil or very little.

There are several aspects of the study that deserve mention. First, only 24% of eligible women during 2005 to 2012 had the Oncotype DX assay. If a higher percentage of women had the test, the cost per QALY would likely go down. Also, in a scenario analysis, researchers used utility weighting to estimate the reassurance or worry about distant recurrence that women would derive from knowing the recurrence score. In scenario analysis the costs of the test reached about $58,000/QALY, in the range of acceptability.

The scenario analysis illustrates one of the significant limitations of cost-effectiveness analyses. Women with low risk gained 0.05 QALYs, whereas women with high risk lost 0.05 QALYs. The gain or loss of 0.05 QALY is an assumption and, depending on the model assumptions and the empiric weighting of utilities, determines whether a test falls in the range of what is considered cost-effective ($50,000-$60,000/QALY or less). Sensitivity analyses test a variety of assumptions. For example, in sensitivity analysis, the range QALYs would be varied for worry or reassurance, such that one gets a broader range of cost-effectiveness values.

We need more independent cost-effectiveness analyses based on real-world experiences. Sometimes, the results of these analyses are contrary expectations, as was the case here. But, if this cost-effectiveness analysis was repeated for years 2012 to 2018, and assuming the uptake among physicians was 75% instead of 24%, it is very likely the cost-effectiveness of Oncotype DX would be much more in the acceptable range of dollars per QALY. The value to women would be high, as well, because the Oncotype DX test identifies who does and doesn't benefit from chemotherapy.