Lobectomy prolonged survival compared with stereotactic body radiation therapy for patients with early-stage lung cancer, according to study results published in The Annals of Thoracic Surgery.

“There are certainly patients who do benefit with radiation, especially those who wouldn’t be able to tolerate surgery,” James D. Murphy, MD, MS, chief of the gastrointestinal tumor service and chief of palliative radiation therapy in the department of radiation medicine and applied science at UC San Diego School of Medicine, told HemOnc Today. “[However], for patients who can tolerate surgery, surgery is still the standard of care.”

Surgery is the standard of care for patients with early-stage NSCLC, but a substantial number of patients cannot tolerate surgery owing to comorbidity. Over the past decade, SBRT has become the preferred treatment for this cohort.

Researchers used the Veterans Affairs Informatics and Computing Infrastructure to identify patients diagnosed with biopsy-proven stage I NSCLC between 2006 and 2015. Researchers compared survival among those who underwent lobectomy, sublobar resection or SBRT.

Patients who underwent SBRT group were older (mean age, 71 years vs 66 years) and had more comorbidities (mean Charlson comorbidity index score, 1.59 vs 1.33) than those who underwent surgery.

Median follow-up was 2.9 years for lobectomy, 2.6 years for sublobar resection and 1.5 years for SBRT.

Unadjusted analysis showed higher immediate postprocedural mortality among both surgery groups than the SBRT group. At 30-day follow-up, mortality was highest for lobectomy (1.9%), followed by sublobar resection (1.7%) and SBRT (0.5%), owing to operative risks.

However, 5-year incidence of cancer death appeared lowest among those who underwent lobectomy (23%), followed by sublobar resection (32%) and SBRT (45%).

Unadjusted 5-year OS was higher among patients who underwent lobectomy than SBRT (70% vs. 44%).

“SBRT really came onto the scene maybe 10 to 15 years ago, and its use has gradually increased since then,” Murphy told HemOnc Today. “It’s a treatment option for patients who aren’t candidates for surgery, but really the reason we’re seeing an increase in use is because the technology has been more recently developed [compared with] surgery, which has been around for many years. There are a lot of patients who, unfortunately, are not candidates for surgery and we do treat them with SBRT.”

Three clinical trials designed to compare surgery with SBRT have closed due to poor accrual, according to the researchers.

“With all medicine, the randomized trial is the gold standard that we shoot for when we try to compare two treatments,” Murphy said. “With this particular question of surgery vs. radiation, we don’t have really good randomized data. ...

“There are randomized trials going on that will hopefully accrue well and will hopefully have good results in the next several years,” he added. “As of now, I don’t think we really know the best treatment, although surgery remains the standard of care.” -- by Cassie Homer 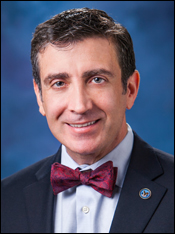 A team of investigators based out of UC San Diego published this retrospective study that concluded, “lobectomy had improved survival compared with SBRT” among veterans with early-stage lung cancer. Meanwhile, researchers found no differences in cancer-specific survival when comparing those who underwent a sublobar resection compared with SBRT. The study used multivariate models, without propensity matching, to compare the cancer-specific survival of more than 4,000 veterans whose electronic medical records were available through the VA Informatics and Computing Infrastructure. Although the next and concluding sentence in the abstract stated, “the potential for unmeasured confounding remains and prospective randomized trials are needed to better compare these treatment modalities,” an online press release later quoted the authors as stating that “the more aggressively we treat early lung cancer, the better the outcome.” Yet, in their discussion, the researchers cautioned that “the potential for residual confounding [was] not completely addressed by statistical adjustment in our study.” Notwithstanding, these comments were used to create the headline “‘Aggressive’ surgery is best treatment option for early-stage lung cancer,” which was widely reproduced by multiple news outlets.

Despite the known limitations of observational datasets, nonrandomized comparisons of lobectomy compared with sublobar resection or SBRT continue to be published and are often misrepresented in press releases. Those who recognize the difference between association and causation might help clarify that the veterans in this study who were offered and agreed to aggressive surgery were — for many reasons — likely destined to live longer. This is because the medical-legal ramifications of offering a sublobar resection or SBRT to a patient who is healthy enough for a lobectomy has, for many decades, entailed a medical-legal boundary that is rarely crossed, and instead typically reserved for those who are frail or elderly. Further, veterans in this study who refused a lobectomy may have simply known that they had a shorter life expectancy and, thus, were uninterested in “aggressive” anything.

A more intriguing finding in this study is that among the 449 veterans who underwent SBRT, coding showed 30% died of lung cancer within 3 years. This is six times the 5% value that has been reported in studies that prospectively scored the cause of death after lung SBRT. The authors had instead referenced the National Death Index, which relies upon death certificates that are frequently completed by clinicians without training in oncology. This raises the likelihood that the cause of death was misclassified for a substantial portion of patients. This would not be surprising, given the known challenges of determining the significance of CT findings among patients who undergo SBRT. More than 85% of patients who receive SBRT develop an enlarging opacity in their lungs on follow-up scans, which creates significant challenges when trying to determine whether a patient died of a complication of their lung cancer. In fact, the challenges of interpreting treatment-related radiographic fibroses is so formidable that clinicians have occasionally recommended unnecessary salvage lobectomies for patients who had no residual disease in the final pathological specimen.

So, with such a high risk for misclassification in this study, what is there to learn? For us, it is not entirely clear, and certainly unworthy of a sensationalized headline in the lay press. The authors conducted an elegant study that used innovative methodologies to go through a robust dataset, and completed what is perhaps the most robust retrospective comparative effectiveness analysis of patients who agreed to recommendations for a lobectomy, sublobar resection or SBRT. However, a retrospective study like this cannot establish a cause-and-effect relationship between treatment and cancer-specific survival. As such, the results may be best reserved for academic debates and tempered by the press, because misleading headlines can be a disservice to our patients.

For now, historical evidence, tradition and a track record of success has made lobectomy with lymph node assessment the standard treatment for early-stage lung cancer. For this reason, it remains the preferred choice for clinicians who counsel patients with a long life expectancy. Sublobar resections or SBRT are then reserved for older and sicker patients. Yet, contemporary results with these latter treatments continue to show a surprisingly favorable signal for their potential equivalency, or even superiority. Fortunately, phase 3 randomized studies like CALGB 140503, STABLE-MATES and VALOR are comparing these treatments between balanced cohorts to truly delineate the advantages and disadvantages of each treatment. Only when those results are available can we accurately claim the most optimal treatment for any patient, which may actually be the less aggressive option after all.