A quarter of women with early-stage breast cancer and a favorable prognosis strongly considered undergoing contralateral prophylactic mastectomy, according to a study published in Cancer.

Another 29% of women considered the procedure either moderately or weakly, according to researchers.

“We felt it was important to understand the extent to which patients — particularly those with early-stage breast cancer without a genetic mutation or strong risk for contralateral cancer — are considering having this procedure, since that is a necessary step prior to receipt of contralateral prophylactic mastectomy,” Sarah T. Hawley, PhD, MPH, professor of medicine and health management and policy and co-director of center for health communications research at University of Michigan, told HemOnc Today.

A study by Wong and colleagues published earlier this year in Annals of Surgery showed the proportion of women who underwent contralateral prophylactic mastectomy without an elevated risk for developing a second primary cancer was 3.9% in 2002.

The rate has grown to greater than 20% in this population, and contralateral prophylactic mastectomy now represents about half of all mastectomies performed for breast cancer in the United States, according to Hawley and colleagues.

Fifty-four percent of women had private insurance, 29% had Medicare and 13% had Medicaid.

Consideration of contralateral prophylactic mastectomy — assessed on a 5-point Likert scale — served as the primary outcome. Researchers also assessed the association between patients’ values and decision styles and their strong consideration of the procedure.

Twenty-five percent of women reported strong or very strong consideration of contralateral prophylactic mastectomy, and 29% considered it moderately or weakly.

Researchers noted that decision styles varied. Factors most valued by women at the time of treatment decisions included avoiding worry about recurrence (82%), reducing the need for more surgery (73%), receiving the newest and most advanced treatment (69%), and avoiding treatment side effects (67%).

“We were surprised that one quarter of women considered this procedure, and that another nearly one quarter considered it moderately,” Hawley said. “So, over half of these women are giving contralateral prophylactic mastectomy consideration as part of their initial treatment planning. We were also interested, although not surprised, to learn that both decision styles and values are associated with consideration.”

In a multivariate analysis, women who preferred to make their own decisions, those who valued avoiding worry about recurrence, and those who wanted to avoid radiation appeared significantly more likely to strongly consider contralateral prophylactic mastectomy than women who reported being more logical and those who valued keeping their breast (all, P < .05).

More than half of women surveyed (59%) indicated they wanted their physician to tell them what to do quite or all the time.

Many women who undergo contralateral prophylactic mastectomy also opt for breast reconstruction, which can increase the risk for complications, according to Hawley.

“Contralateral prophylactic mastectomy is an extensive procedure relative to the other options, which often include breast conservation,” Hawley said. “With any extensive procedure, there are complication rates that are higher. Recovery time and getting back to normal activities can take longer.”

Researchers noted limitations of their study included a geographical sampling of just two regions, and no information about the availability of breast reconstruction for participants.

Hawley said she hopes her team’s findings shed light on the need for clinicians to have open discussions about treatment options and to better understand their patients’ decision-making tendencies.

“Clinicians need to recognize that many women do consider this procedure,” Hawley said. “Even if the patients do not raise it themselves, they may be thinking about contralateral prophylactic mastectomy. Moreover, their approach to decision-making and values may offer insight into the type of women who may consider this more or less strongly.

“If clinicians could assess these factors in their patients and learn what their values are relative to surgery, it may be possible to have a more patient-centered discussion,” Hawley added. “Ensuring women have an accurate understanding of the risks and benefits also is very important and part of informed decision-making.” – by Chuck Gormley

Sarah T. Hawley, PhD, MPH can be reached at sarahawl@med.umich.edu.

Disclosures: Hawley reports no relevant financial disclosures. Another researcher reports grants from the NIH, the Doris Duke Foundation, and the Greenwall Foundation. 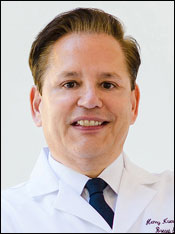 For breast surgical oncologists, discussing the actual need and risks associated with contralateral prophylactic mastectomy with patients is a daily practice. Over the past 2 decades, there have been major advances in the quality and outcomes of breast reconstruction. The introduction of skin- and nipple-sparing mastectomy has led many women to choose bilateral mastectomy with immediate breast reconstruction for symmetry.

Despite detailed explicit discussion of the patient’s absolute risk for developing a contralateral breast cancer, many women with breast cancer affirm that they want to further decrease even a very small risk, do not want to undergo repeated breast imaging and potential future biopsies, or fear a new breast cancer diagnosis and additional requisite surgery, radiotherapy or systemic therapies.

This absolute low rate of need for additional biopsies and treatments for insured women with breast cancer may help patients to better gauge their absolute risk during survivorship from their first breast cancer. However, patients continue to cite the fact that they often will require additional contralateral procedures when they have unilateral mastectomy and reconstruction and, therefore, request the removal of their otherwise healthy breast at their initial breast cancer diagnosis — again, mostly for symmetry purposes. In fact, select patients who choose or need initial mastectomy likely will have better symmetry when bilateral mastectomy with immediate reconstruction is performed.

Our patients are savvy and highly educated about the various risks and benefits related to the surgical management of breast cancer. It is our job to accurately educate patients, give professional perspective, and ultimately help and support patients as they make personal decisions about their cancer management.