The last decade or so of gastroenterology research came with plenty of advancements and positive progress. The rise of biologics resulted in profound improvements to patient management and treatment. A better understanding of disease pathways has changed the way the community looks at functional gut disorders. All these changes, and more, have made a substantial impact on how physicians, and their patients, approach and view the field of neurogastroenterology.

As the stigma that has long been attached with neurogastroenterology fades, clinicians — both traditional GIs and their partners in psychology — are finding footholds in emerging research to provide better care for their patients, according to experts interviewed by Healio Gastroenterology and Liver Disease. 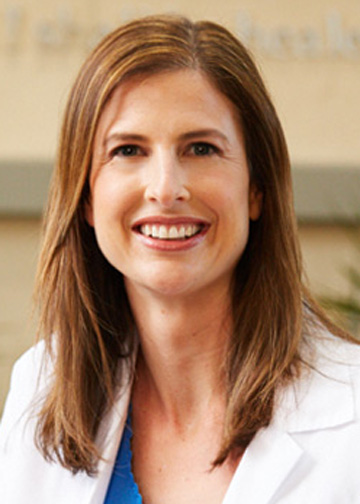 Sarah Kinsinger, PhD, director of Behavioral Medicine for Digestive Health at Loyola University Medical Center, said the change in how neurogastroenterology is viewed has been drastic since she started practicing as a GI psychologist.

“It's been exciting to see over the last few years how psychological treatments have become more widely adopted and accepted as a standard approach to care in these populations,” she said. “It was seen as more of an ancillary, or alternative approach, many years ago.”

Kinsinger said research stretching as far back as 30 years has shown that treatments like cognitive behavioral therapy (CBT) and gut-directed hypnotherapy are highly effective for GI disorders. In some cases, they can be more effective than medical therapy. Still, the path to effective patient care using these treatments has been difficult because of the stigma.

Laurie Keefer, PhD, a GI health psychologist and director of Psychobehavioral Research at the Icahn School of Medicine at Mount Sinai, said that in years past, some gastrointestinal diseases were seen as psychosomatic. However, there has been a big shift in that view.

“They used to think GI symptoms were physical manifestations of underlying anxiety disorders,” she said. “With that, you had a stigma that goes along with IBS, for example, was a mental health condition. When really, that’s not the case. Yes, people get anxious and depressed because they have IBS, but it’s not the only pathway.”

Keefer said the thinking has shifted toward recognizing diseases of “gut-brain dysregulation” and away from thinking about them as strictly functional. Many physicians and even organizations like the Rome Foundation have argued against using the term “functional,” because it does not adequately describe the interaction between the gut and the brain that creates a pathway for disease.

“Understanding these diseases as disorders of gut-brain dysregulation certainly reduced a lot of the stigma of these disorders,” Keefer said. “Doctors are doing a better job or feel more empowered to bring up these issues because they have this language around gut-brain interaction that they can stand behind and say, ‘We do know what’s wrong with you. You have this.’”

When clinicians have a better grasp of these ideas, they do not need to rely on diagnoses of exclusion. Diseases like IBS, GERD or functional dyspepsia are no longer diagnoses that are only made after exhausting all other possibilities, which Keefer said is much easier for patients to grasp and come to terms with. This new view of the gut-brain interaction has also spurred the development of more treatments for conditions like constipation and put more focus on therapies like neuromodulators.

“Antidepressant medications are used more commonly again, because now we have an explanation for why they work,” Keefer said. “It’s not ‘You’re crazy; you need medication.’ It’s ‘Serotonin impacts the brain-gut connection, and you can modulate that pathway.’”

The brain-gut axis is more than how the brain can affect GI disorders. It can also go the other way.

“It used to be we thought about what went from the brain to the gut perception of symptoms,” Keefer said. “Now, we’re looking at what information from the gut is going up to the brain.”

Investigators are questioning whether this process is caused through inflammation, bacteria or something else, but future research still faces some obstacles.

Eamonn Quigley, MD, of Houston Methodist Hospital, has been among the leading researchers regarding gut microbiota and how it impacts the gut-brain axis. He said the role of bacterial metabolites in hepatic encephalopathy — a complication of chronic liver disease — has been known for some time, and the idea of a microbiota-gut-brain axis is expanding.

“It’s been extended considerably to suggest that the microbiota can influence brain development, brain function, cognition and behavior,” he said. “Of course, the reverse argument emphasizes the impact of disorders of the brain, whether it’s depression, anxiety, or a neurological disease, on the microbiota periphery. Again, it’s a bi-direction issue.”

Quigley is excited about the potential of the microbiota-gut-brain pathway but said most studies have been in animal models. Researchers first must have a better understanding of the microbiota in general before it can be exploited as a target for therapy.

“In terms of defining a change in the microbiota in disease, we have to be confident that we know what is normal, and we’re still learning that,” he said, adding that future studies with adequate sample sizes, controls for disease and meaningful endpoints — like brain imaging or cognition testing — will be the best path forward.

Researchers from UCLA presented data at Digestive Disease Week 2018 suggesting that the presence of certain kinds of bacteria in a patient’s gut microbiome can predict a person’s responsiveness to CBT, one of the most common treatments used in neurogastroenterology. They performed 16S rRNA sequencing on stool samples taken from 49 patients with IBS to identify bacterial species and assess their association with outcomes following different kinds of CBT and patient education. They ultimately found that treatment responders had increased levels of the species Roseburia, Lachnobacterium and unclassified Lachnospiraceae, as well as lower levels of Bacteroides,Parabacteroides and Prevotella.

“There is this bidirectional interaction between the gut and the brain,” Quigley said. “In some patients the symptoms may largely originate centrally in the brain; in others, symptoms may result from events going on peripherally in the gut itself.”

While much of the study and practice of neurogastroenterology has focused on what have previously been known as functional diseases, more physicians are looking to psychological treatments for diseases like IBD, particularly for patients who do not experience the full benefit of medical therapies. Keefer said current IBD treatments are much more effective than they used to be, but some patients still experience symptoms despite appearing to have their disease under control.

“Back 10, 15 years ago, you were thinking about patients preventing flare ups. Now, we actually get people into full remission,” she said. “But this gut-brain interaction has remained problematic.”

Quigley was a lead author on a review that explored this overlap between IBD and IBS, in which he and his colleagues said can be a significant problem for both patients and physicians. They sought to find a “unified theoretical model” for understanding IBS-like symptoms in patients with IBD and to find ways to separate the two patient populations. They argued that IBS symptoms in patients with IBD who are in clinical remission should be viewed as a new syndrome separate from both other conditions.

“In this way, we will be better able to understand the relationships of these subjects to both IBS and IBD and to develop diagnostic and treatment strategies that would be better tailored to this patient population,” they wrote.

Keefer said that IBS and IBD overlap is becoming a hot topic, and it will be a good thing to see neurogastroenterology research go beyond its traditional areas of study.

“The IBD doctors are starting to look to the IBS literature and saying ‘wait a minute. There’s this gut-brain interaction that’s associated with symptom perception regardless of whether the patient has active CD or UC,’” Keefer said. “Whenever you get a money-making disease group interested in neurogastro, you’ve really succeeded.”

Over the course of her career, Kinsinger said CBT and gut-directed hypnotherapy have been the mainstays of neurogastroenterological treatments.

“These are the psychological approaches that have been most widely studied and found to be effective in patients with GI disorders,” she said. “They address the symptom-related anxiety and coping skills deficits that have been shown to contribute to symptoms. It is very common for patients to become fearful of and preoccupied with their GI symptoms, and this anxiety may actually be exacerbating their symptoms. Psychological treatments are effective because they can modify these cognitive processes that are playing a role.”

Building on several decades of research, Keefer said the focus has been on making these treatments more efficient and geared toward targets that provide benefits to patients. Keefer was part of a group that recently compared a normal, clinic-based CBT program to a home-based program for IBS treatment. Not only would it be easier for more patients to access it, it is also shorter with just four sessions compared with the traditional 10.

“The results didn’t decay after a year,” she said. “With the potency of a four-session, well-targeted program, we were able to get rid of the previous targets that we no longer think are driving IBS symptoms.”

“That has really been the limiting factor in our field,” she said. “There’s only a handful of mental health providers that are really experienced in delivering these treatments and are knowledgeable about the GI disorders that we’re treating.”

Expanding access requires a few different approaches. First, Kinsinger said they will need to educate mental health professionals on how to deliver these specialized treatments and have more training opportunities available. Second, treatments need to be made available on new platforms, including online and through telemedicine.

In a clinical practice update published in Gastroenterology, Keefer and colleagues wrote that several clinical and research gaps will need to be addressed to bring psychogastroenterological treatments to more patients, including the lack of trials that compare gut-brain therapies against each other or medical therapies. On the clinical side, they wrote that insurance coverage of these remains an obstacle to their widespread use.

The Rome Foundation has established a registry of GI psychologists to help connect them to gastroenterologists and improve patient care throughout the country. Keefer said they are also trying to recruit more currently practicing psychologists into the specialty.

“We’re trying to build up practitioners, but there’s still not a lot of GI psych practitioners,” she said. “That’s why we formed the group, to get psychologists in the community who don’t have GI experience to at least have a place they can go and look up what’s new in the GI literature.”

Kinsinger believes expanded access and better integration of psychological treatments into disease management could make a significant difference for patients, and the treatments have the track record success to back up that belief.

“We know that patients typically respond better when they have a multidisciplinary approach to care,” she said. “So, we can continue to move the field forward by encouraging gastroenterologists and administrators to hire mental health professionals and really integrate these providers into a team-based approach to caring for patients.” – by Alex Young

Laurie Keefer, PhD, can be reached at laurie.keefer@mssm.edu

Sarah Kinsinger, PhD, can be reached at Sarah.Kinsinger@lumc.edu

Eamonn Quigley, MD, can be reached at equigley@houstonmethodist.org

Disclosures: Keefer is an unpaid board member of the Rome Foundation. Kinsinger and Quigley report no relevant financial disclosures.