While the investigators noted that these associations do not imply causation, they said their findings show that systemic inflammation may play a role in the development of both diseases, but further study is needed to determine whether anti-TNF therapy can protect high-risk patients from developing Parkinson’s disease.

To assess the risk for Parkinson’s disease among patients with IBD, Peter and colleagues retrospectively analyzed data from the Truven Health MarketScan administrative claims database and the Medicare Supplemental Database spanning January 2000 through March 2016. They identified 144,018 patients with IBD (mean age, 51 years; 44% men) and matched them with 720,090 controls without IBD by age, sex and year of index date. 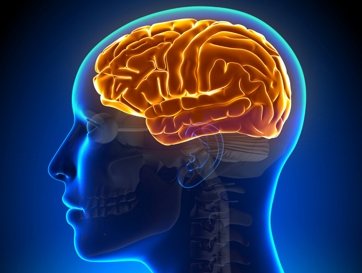 “These finding are important because anti-TNFalpha therapy has been contemplated for neurodegenerative diseases (though not Parkinson’s) without much success,” Peter said. “Our results suggest that the timing could be critical. If exposed earlier in life, it could be protective as opposed to a means to treat the disease.”

Anti-TNFalpha therapies were previously thought to have limited effects on the central nervous system, where molecular mechanisms of Parkinson’s disease are found, because the drugs’ large molecules are unable to independently cross the blood brain barrier, according to a press release from the Icahn School of Medicine at Mount Sinai. “The outcomes of this study suggest that it may not be necessary for the drug to pass through the blood brain barrier to treat or prevent inflammation within the central nervous system, or that the blood-brain barrier in patients with IBD may be compromised, allowing the large molecules of the compound to pass through,” the release said.

This big data analysis “provides exciting evidence in support of the concept of virtual repurposing of old drugs for new benefits,” Abby L. Olsen, MD, PhD, and colleagues from the Precision Neurology Program at Brigham and Women’s Hospital in Boston, Mass., wrote in a related editorial. However, they said there are notable limitations to the study.

“Despite their large size, these data sets might still be too small for investigating rare diseases and treatments,” they noted as an example. “The number of [Parkinson’s disease] cases was relatively small: 371 in total, with only 2 incident cases in the IBD group that received anti-TNF therapy.”

Olsen and colleagues also pointed out several other limitations regarding data on potential confounders, like tobacco use, timing of drug exposure, and other environmental exposures.

However, they concluded that the study “builds on mounting genetic and molecular evidence supporting a causal association between the gut, systemic inflammation, and [Parkinson’s disease].” – by Adam Leitenberger