Symptoms associated with menstruation look different for every woman, and surgical options are available for some of the most serious or bothersome. But for those on the cusp of menopause, deciding whether to undergo surgery or even a hysterectomy can be difficult.

Nanette Santoro, MD, professor and chair of reproductive endocrinology and infertility in the department of obstetrics and gynecology at the University of Colorado Denver, and colleagues recently showed that measuring the amount of anti-Müllerian hormone in the blood can be used to predict when menopause will occur. Santoro believes the knowledge will empower women to make decisions about their health.

“If I knew I had only one or two more annoying menstrual periods to endure in my life, I might try to tough it out. However, if it looks like my future holds 40 to 50 more of them, no thanks!” Santoro said.

Endocrine Today spoke with Santoro about the symptoms and timing of menopause as well as the benefits of using a blood test to predict the transition.

What happens physiologically during menopause? 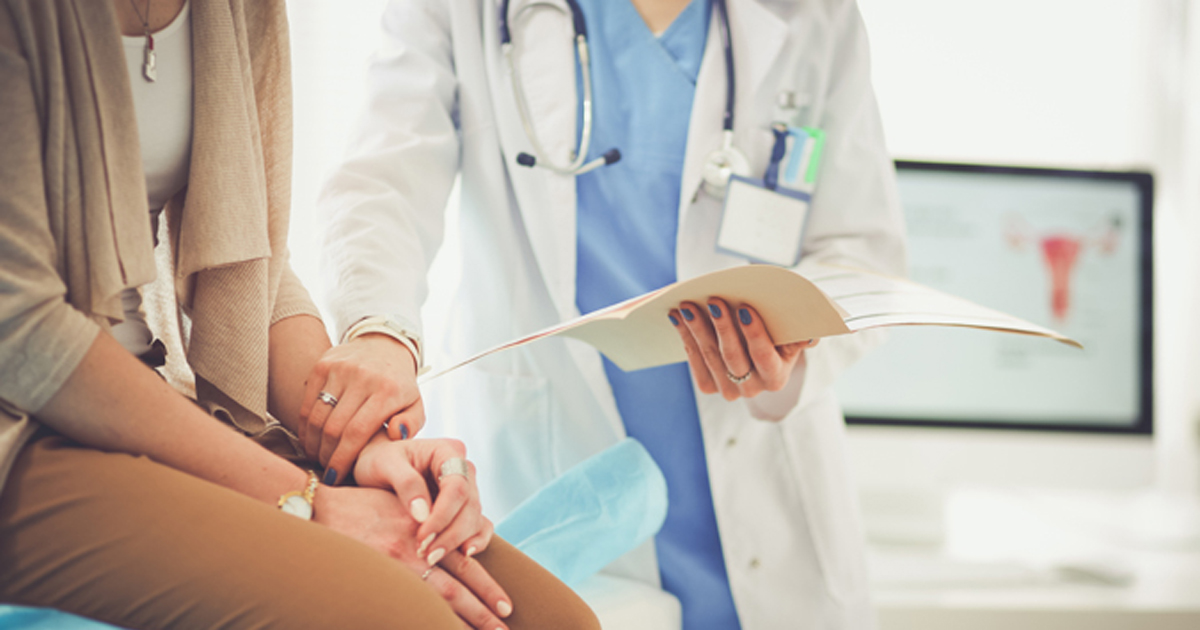 Symptoms associated with menstruation look different for every woman, and surgical options are available for some of the most serious or bothersome. But for those on the cusp of menopause, deciding whether to undergo surgery or even a hysterectomy can be difficult.
Source: Adobe Stock

Santoro: The most common sign a woman will notice is that the interval between her menstrual periods is more variable, or she will actually skip a menstrual period or two. By “more variable,” I mean that a woman who is used to having her menstrual period occur on the same day of the month every month may notice that it is off by a few days in either direction and therefore less predictable. This happens because the supply of eggs or follicles in the ovary has reached a critically low level.

Symptoms vary from woman to woman and are based on the underlying hormone patterns. If a woman is having a sluggish cycle with a poor response of her follicle, her estrogen can be low and this can lead to hot flashes, which are usually mild in the early stages of the transition and may be unrecognized as such. The four major symptoms that are most common are hot flashes and night sweats, vaginal dryness, sleep disturbances and adverse mood. Mood changes can vary from emotional lability to full-blown depression and anxiety. While women who have had prior major depression are at the highest risk for depression during the transition, many women who have never had a day of depression in their lives can develop severe symptoms, so it’s something to look out for. Other symptoms include “brain fog” — a sense of lack of mental sharpness, joint aches and pains, and an increase in migraine headaches.

How wide is the variation in menopause timing among women?

How does a woman typically determine that she has reached her final period and can no longer become pregnant?

Why might women want a good predictor of menopause, even years in advance?

Santoro: For a woman who has symptoms and is considering taking hormone therapy, knowing the timing of menopause would help inform her about how long the process is likely to last. If, for example, she is 55 years old and her menstrual periods just stopped, knowing that this was probably her natural menopause would let her know that her symptoms are probably the worst they will ever be, and she may choose to wait and see if they go away without treatment.

On the other end of the spectrum, a 45-year-old who is having irregular periods and a lot of symptoms and who finds out that menopause is not likely within the next 5 years may not be enthusiastic about living with these symptoms for 5 more years and might be more interested in taking those hormones.

Similarly, women with problems like fibroids that cause heavy menstrual bleeding and possibly painful periods would benefit from knowing how soon menopause may happen for them so they can select whether or not to undergo a surgical procedure to stop the bleeding or to just wait it out.

Without the use of blood tests, a woman can get a ballpark idea of when menopause is likely to occur based on her menstrual pattern. If she has gone more than 60 days without a menstrual period, she is in the “late” menopausal transition stage and is 95% likely to have her final menstrual period within 4 years — providing she is 45 years or older. Using the anti-Müllerian hormone blood test as a predictor is very age dependent. This prediction works poorly for younger women because they are much more likely to get another menstrual period or two at some point in the future.

Q: What are the next steps for being able to diagnose onset with even more accuracy?

Santoro: We are hoping that by looking at more than one level, or examining an individual woman’s pattern over time, we can make better predictions. This would be especially helpful if it could be applied toward informing women about their loss of fertility potential. – by Amanda Alexander

Disclosure: Santoro reports she is a consultant to Ansh Laboratories.